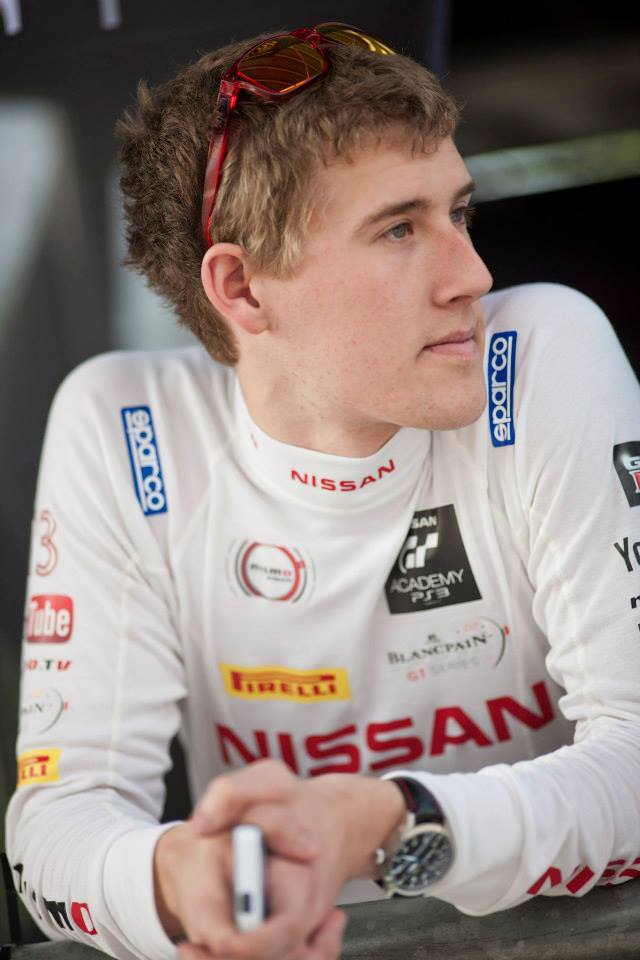 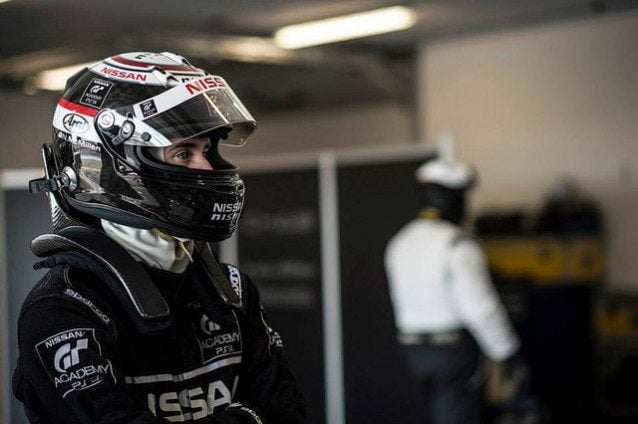 This guest contribution is by Nick McMillen, 2013 United States GT Academy Champion. This is the account of his journey as one of the newest Nismo Athletes. Look out for future articles from our racing driver contributor coming soon as he experiences and progresses through his professional career.

Going from couch gamer to racing driver has been quite the process over the last nine months, but I’ve enjoyed every minute of it.

Knowing that all the training and the sim sessions were leading to a full season of the Blancpain Endurance Series, racing the Nissan NISMO GT-R GT3, really kept me wanting to push harder. After all of the training – and of course racing in the Dubai 24 Hours in the 370Z – it was exciting to finally get to Monza for my first race in the GT3 GT-R. 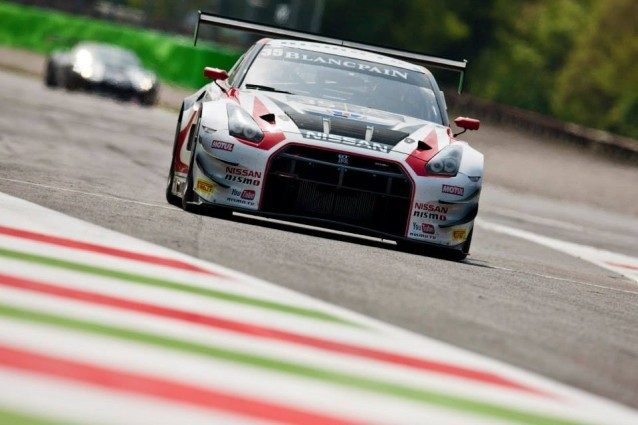 Being Bronze-ranked drivers means that me, Florian and Miguel get an extra practice session before the Blancpain races. It’s a great way to get to know a new track and get a feel for the race weekend. The test was a nice, no pressure situation I feel I benefited from greatly as I was able to establish a nice base before needing to put in 100 percent for Saturday. 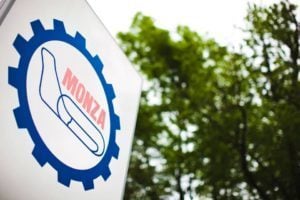 I didn’t sleep much on Friday night due to the excitement and my allergies trying to suffocate me so I needed a little adrenaline to wake me up. There is nothing like hopping in a 550+ horsepower car to wake you up in the morning. Better than any cup of coffee I’ve ever had.

The first practice session was like the previous Bronze test, going out to get a better feel for the car and track. Messing around with braking points, lines, etc. trying to drop the lap times greatly before fine tuning them in. My pace seemed to be fairly decent but I felt there was some work to do knowing Alex Buncombe was still over a second quicker than me.

Qualifying came around and I was very anxious to go out in the car first and set my first fastest lap of the season! But, as soon as I hit the pit limiter to enter the track it felt like I was driving with the brakes on. The drivers behind me are probably thinking to themselves, “What is this kid doing? Does he realize this is qualifying?” 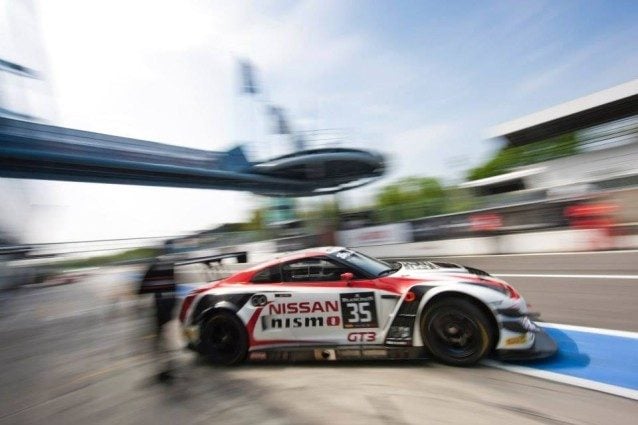 I had to pit for the team to check the car over. Once fixed it was on its way but with Alex Buncombe behind the wheel. On his second fast lap Alex was on it. Green in the first two sectors; this was the lap to put us up near the front. Unfortunately, a Bentley crushed its nose on the exit of the first Ascari corner and our greatly needed fast lap.

We sat 32nd on the time sheets. We knew there was going to be some work to do to come from that far back on the grid to a decent position. There was nothing we could change come Sunday other than we knew what needed to be done. Put in fast and consistent laps. Don’t waste time with traffic and don’t push the car so hard that the tires fall off halfway through the stint.

The plan was to have Alex in the car first, myself second, and German GT Academy 2013 winner Florian Strauss finishing the race. The start of the race came around in no time and it could not have come any sooner for me. You could tell Alex was determined to put in an impressive start, and my God was it all that and more. 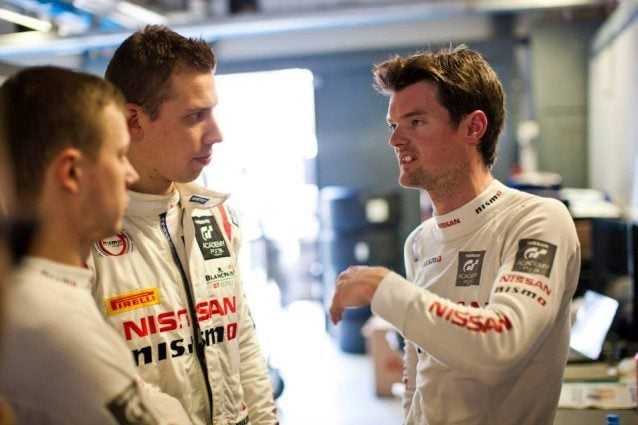 We were 15th after the first chicane. Did I mention we started 32nd? I’ve never seen a start like that in my life and the onboard footage is almost unbelievable.

Al brought the car to me in 11th place so finally it was my turn. It all came down to this, all my preparation was finally going to be put to use. No more messing around in practice sessions. The racing is what really counts. I feel at home when it comes to racing. I love the pressure to perform well.

It was go time! I settled in to a decent pace not far off of Alex’s race pace. I was surprised with myself but I knew I needed to just do my job and keep pushing forward.

I kept at it, wasting no time with traffic and trying to hit my mark every lap. I knew there were a couple pro cars behind me that were catching slowly. I wasn’t letting them by easy though and even surprised myself that I wasn’t far off their pace after them getting by me.

I had passed a couple cars in my class and was running second at one point. I hear on the radio “First is four seconds ahead of you. You’re catching him!” I thought to myself, “No way! I’m actually tracking down first!”

The third place Ferrari had caught me though. It was a battle not giving him much room to make a pass by me. I had an absolute blast giving him a run for his money. He was just a bit quicker down the straights than me and got me into the first chicane. I tucked in behind and we went after the first place BMW. I struggled for grip and was pushing too hard to maintain a good pace. 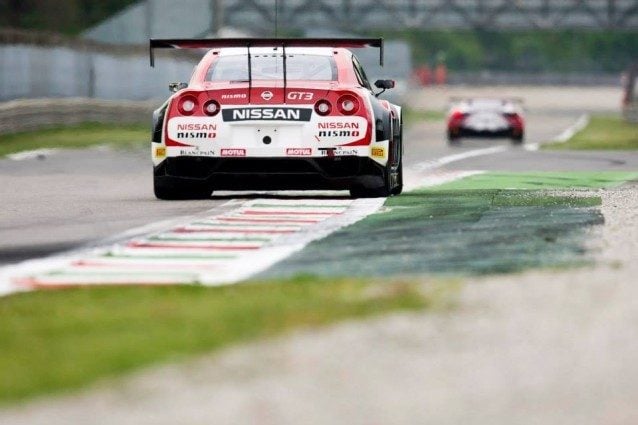 Grip was low and the tires were gone. I fell back and the two got away from me. I was so close to a three way battle for first. I had had good run with nothing to be disappointed in but it was time to bring it in. I brought the car in for second place (I think one of the other leaders had pitted by now) and Florian hopped in the car.

We had a strong chance at a podium. Al, the team, and I were excited we might just pull this off. Things were going well until we had to save some fuel to make sure we could get to the end. Lap times dropped a little and a couple of the cars behind us were absolutely flying. 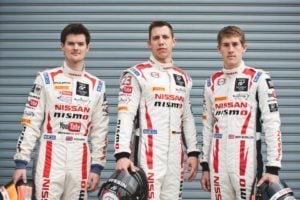 By the end though we were caught and finished up with a 5th in class, 13th overall. The team was excited to have pulled off a good race.

I have learned so much in one race weekend to carry through to my future races. I can’t thank Nissan and the whole GT Academy/RJN Motorsport crew enough.

My dream was made a reality this past weekend. I proved to myself I could run up front bit I know I still have a lot to work on. It’s going to be a fun ride and I can’t wait to head to Silverstone next month for the second round. 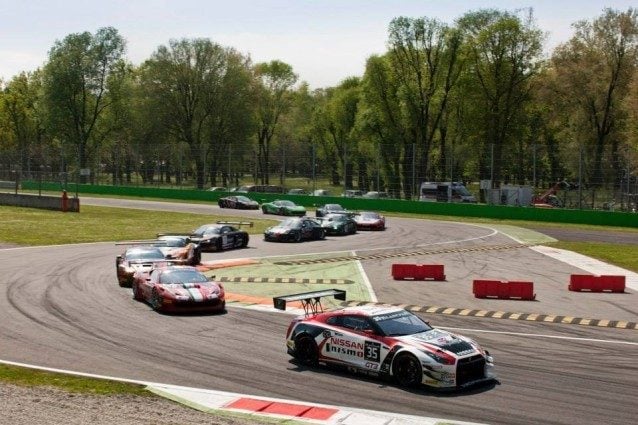 P.S. – As most of you know GT Academy 2014 starts Monday! I’m very excited for the new crop of talent to have a go at becoming a racing driver for Nissan and be one of my fellow teammates. I will be supporting all of you and expect only your best. It took me two attempts to get to the finals in GT Academy and I honestly never thought I’d win the whole thing. I was just trying to make it to Silverstone and look where I’m at now.

If you really do believe you have a shot at winning then put in one hundred percent effort starting now. There’s no screwing around in this business once you get to the real thing. Silverstone is just a taste of what it will be like if you win. They are looking for the most fit, hard working, personable, and marketable person out there who won’t be a one hit wonder but will have a future in motorsport. Remember, you will be representing Nissan on a world scale.

I want everyone to go for it! It’s a once in a lifetime shot and an incredible opportunity. Even making it to national finals or especially Silverstone finals you will have the time of your life. If any of you have questions, concerns, etc. you can always send me a message. I’m here to help and hope to be around as much as I can for the whole process. I will definitely be putting in some laps to see how I stack up against you all. Look out for a “How to win GT Academy” article in the near future.

Now go get it!