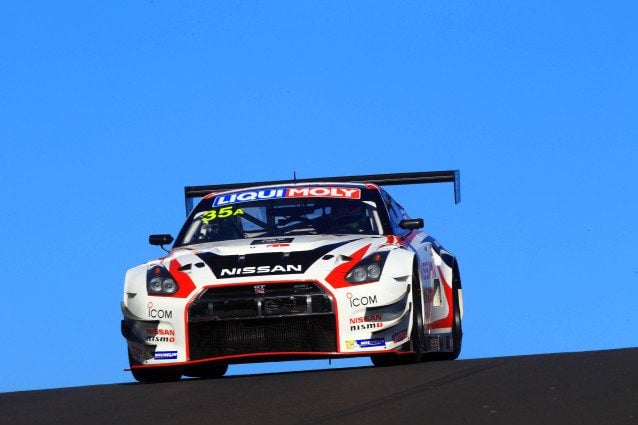 The NISMO Athlete Global Team have confirmed the three drivers who will take on the challenging Mount Panorama circuit for the 2016 Liqui-Moly Bathurst 12 Hour, as the team aim for a second win in as many years.

A freshly built RJN GT-R NISMO GT3 will bear the prestigious number 1 as Nissan aim to emulate their last double victories in Australia, which were achieved in 1991 and 1992. Unsurprisingly, the team is to be led by the returning Katsumasa Chiyo and Florian Strauss, both of whom piloted the GT-R to victory in the 2015 edition of the race. Chiyo was also able to take titles in both the Blancpain Endurance Series and the AUTOBACS Super GT championship during the 2015 season, whilst the 2013 German GT Academy winner Strauss achieved the Bathurst win with only 18 months of racing experience – labeled by Chiyo as “an outstanding job”. The trio will be completed by the addition of 2006 V8 Supercars champion and double Bathurst 1000 winner Rick Kelly, who is aiming to “play it smart” and “be in the mix” during the closing stages of the race.

Whilst the competition on the mountain is set to be fiercer than ever, the driver lineup assembled gives Nissan their best chance at retaining their victory. The 2015 GT Academy winner Matt Simmons will also be in attendance at the event, as he embarks on his first season as a professional driver for NISMO in the Blancpain Endurance Series – the data and knowledge gained from both drivers and engineers during the event forming an ideal learning platform for the season ahead.

The 2016 Bathurst 12 Hour is due to take place from the 5th to the 7th of February. As always, be sure to keep an eye on the GTPlanet News section for more coverage as the event nears!