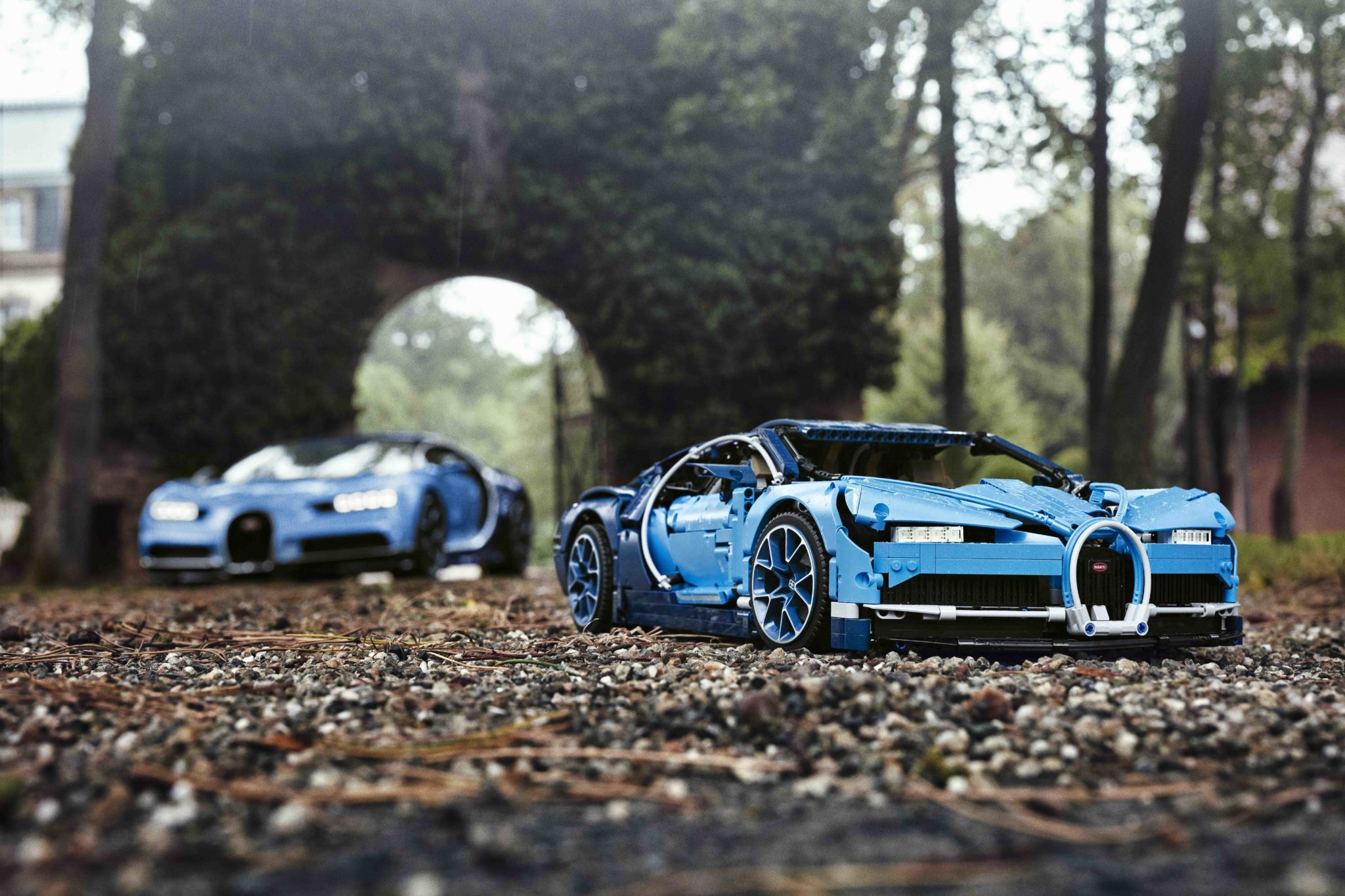 Good news for would-be hypercar owners: there’s now a much more affordable version of Bugatti’s 1500hp Chiron. It features a more down-to-earth power output of precisely zero ponies, and you’ll have to build it yourself.

Yes, LEGO has released another Technic model, and the Molsheim monster is the latest of the breed. Coming in at one-eighth scale, the model went on sale June 1. It’s a startling detailed offering however; not only does it feature a moving W16 engine at its heart, but an adjustable rear wing too. Pop into the driver’s seat and the paddles for the 8-speed gearbox are moveable as well. The bricked-out Chiron also features a speed key to put the car into top speed mode.

Move up front, pop the frunk, and you’ll find another detail shared with the full-size Chiron: a stylish Bugatti overnight bag.

Unlike the real thing, you’ve only got one colour combination. Luckily, it’s the trademark dual-blue motif, which looks great to our eyes. The signature C-curve around the doors makes the transition too.

Each model boasts its own unique serial number, which unlocks special content on the official LEGO website.

The set also comes with a coffee table-style book that must feature what we imagine are very comprehensive building instructions. At 3,599 pieces, it should take owners quite a while to construct the Chiron — though it’s still less time than the wait list for the genuine item.

It’s also a lot cheaper. The LEGO Technic Bugatti Chiron currently retails for $350 on the official LEGO website. At that price, it’s a bit of a bargain: it costs roughly $3 million for one, making the LEGO model over 8,000 times easier on the wallet.