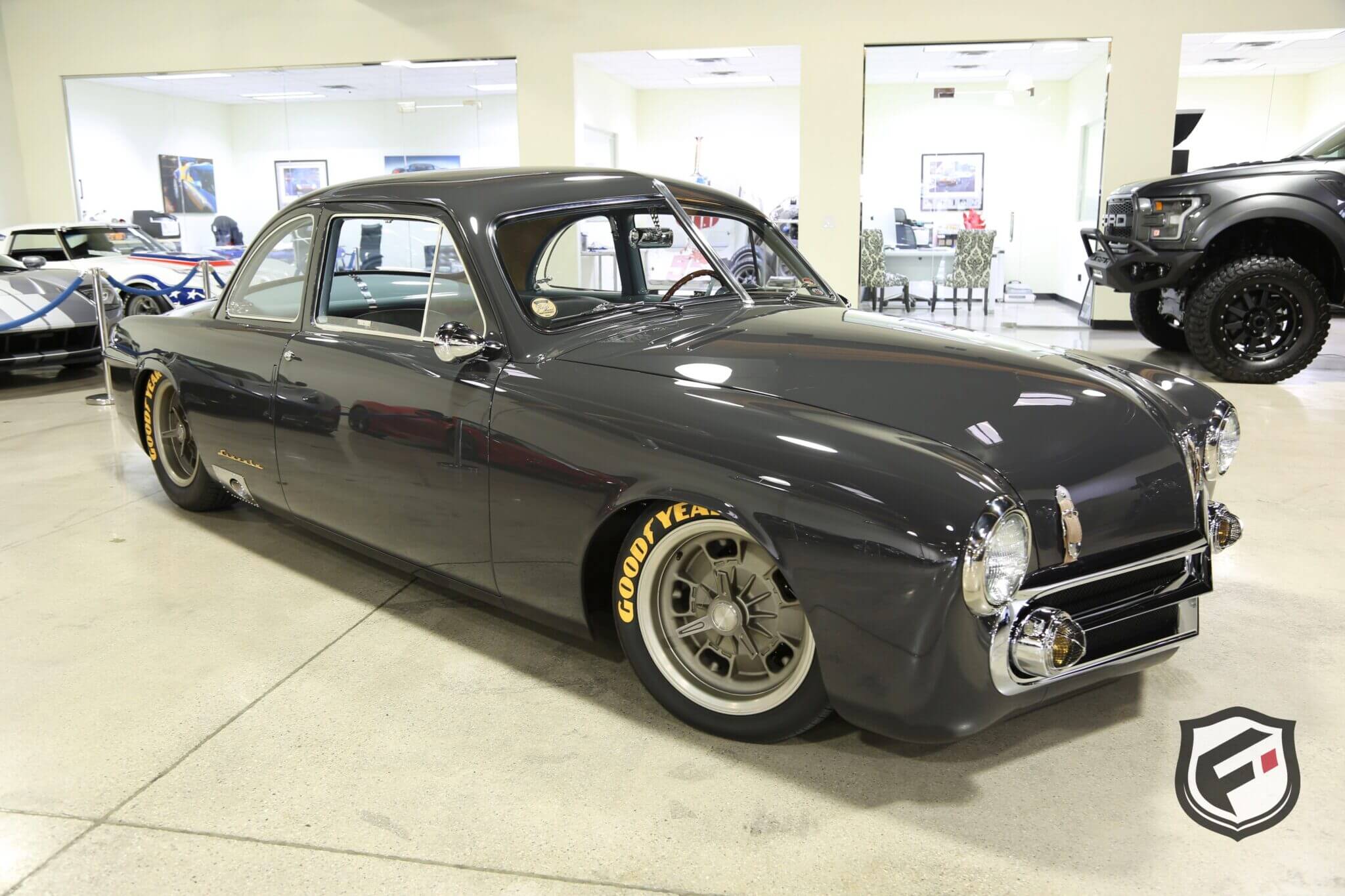 If you want to own piece of Gran Turismo history, then you’re in luck. The winner of the coveted 2016 Gran Turismo Award, Bruce Leven’s 1951 Ford Coupe, is up for sale. Due to this, it only makes sense to showcase this awesome car in the edition of the Wednesday Want.

This isn’t the first GT Award winner to go up for sale this year either. Back in January, the Art Morrison 3G Corvette sold at the Barrett Jackson auction in Scottsdale, Arizona.

However, unlike the Art Morrison Vette, Leven’s Ford isn’t the game – at least not yet anyway. But this could change in the future. A Polyphony Digital crew did a laser scan of the car in November 2017.

Once the ’51 Ford does come to the game, it could very well end up a fan favorite. By blending style, speed, and handling it offers a little something for everyone. It also combines the best attributes of hot rod culture with vintage European racing as well.

Yes, this ‘51 Ford takes some inspiration from the cars that raced in European throughout the 1950s and 60s. It also pulls from design cues from the famous 1950 Ford Coupe that Ron Dunn built back in the early 50s as well. 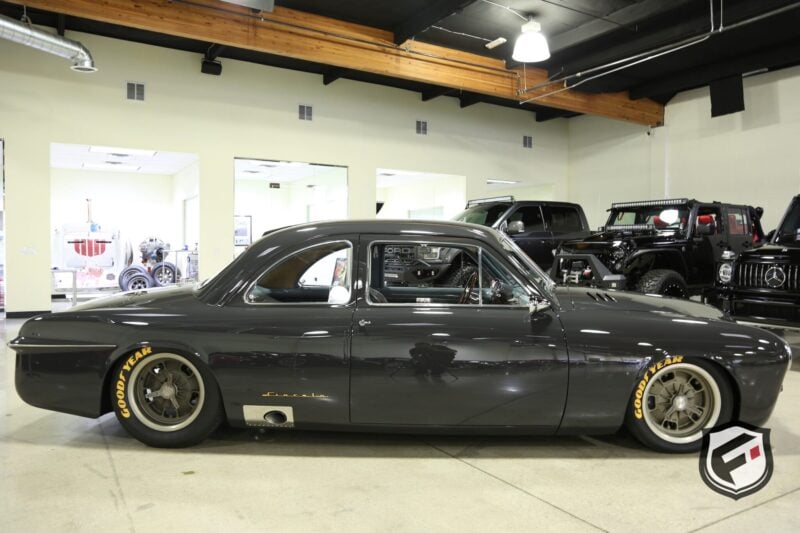 On top of the chassis sits the body of the original ‘51 Ford. However, there’s extensive metal work throughout giving the car a long and low appearance. This is thanks to a wedge chop that sectioned 5.5 inches out of the front and 2.5 inches from the rear. The roof also received a 1.5-inch pancake chop as well.

After finishing the metalwork, the car then got a coating of PPG Blue Gray paint. While not a vibrant color by any means, it fits with the overall theme of the car.

The wheels are 16-inch NOVI’s custom made from magnesium. They also feature a knockoff center nut to continue with the vintage racing theme. To further enhance the look in the wheel wells, the tires are from Goodyear and feature a very era-appropriate yellow lettering on the sidewalls. 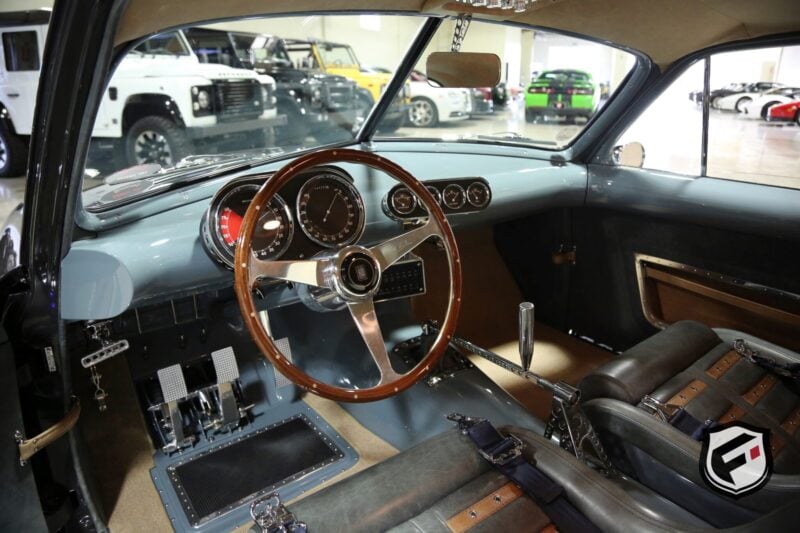 Rounding out the exterior are several small details that really make the car stand out. The unique grill features yellow fog lights, similar to those found on vintage European cars. The hood also gets a set of leather straps to finish off the look up front.

Like the outside, the interior has custom touches everywhere you look as well. With a sea of distressed leather, aluminum, and ample rivets it takes its styling cues from the aircraft of the period.

There’s plenty of fabrication in the interior as well. The pedals are custom made and the shifter is in a pantograph style that leaves the mechanical bits exposed. The seats are also custom made from aluminum and the overhead switch panels caps off the airplane look.

Under the hood, the ’51 Ford is just as unique as the rest of the car. Instead of some modern V8 with gobs of power and a supercharger, this car uses something a bit different. Sourced from a 1956 Lincoln, the 368ci V8 the ’51 Ford uses puts out just 370hp. 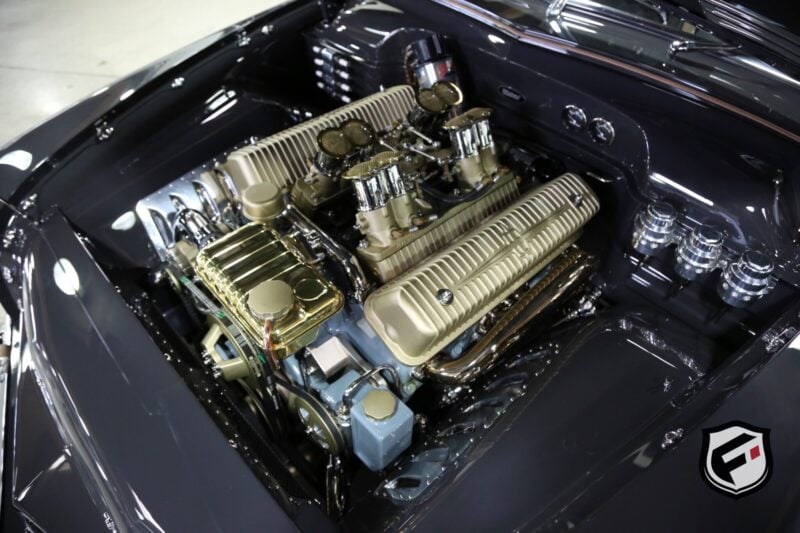 It’s no slouch though. Unlike the standard Lincoln V8, this one’s been massaged just a bit. While it looks rather old, the V8 runs electronic fuel injection to give it reliability and performance. There are also velocity stacks for appearance and an original Hilborn Fuel Injection setup on the car as well.

There’s plenty of detail work on the engine too. With a slew of polished and painted parts, the V8 looks just as good as the rest of the car does.

If all this sounds interesting, then get your checkbook ready and head over to Fusion Luxury Motors in Chatsworth, CA. At $469,950 this ’51 Ford comes with a hefty price tag. However, over the five years of building the car, Leven put around $1.4 million into it. By comparison, this is a deal.

So why did Leven spend so much on the car? When Hot Rod Magazine asked him last February, he told them “I wanted to build this car since I was 16. I’m 78 now. I just fell in love with it.”

This is something we can certainly understand. If you’re not building a car for yourself, then what’s the point?

Cheers to Quakebass for the tip!

Andrew Evans · Apr 24, 2019· Comments
The LEGO Group has announced the new sets it will produce for the 2023 Speed Champions range, revealing the McLaren Vision Gran Turismo-inspired Solus among the five sets on offer.