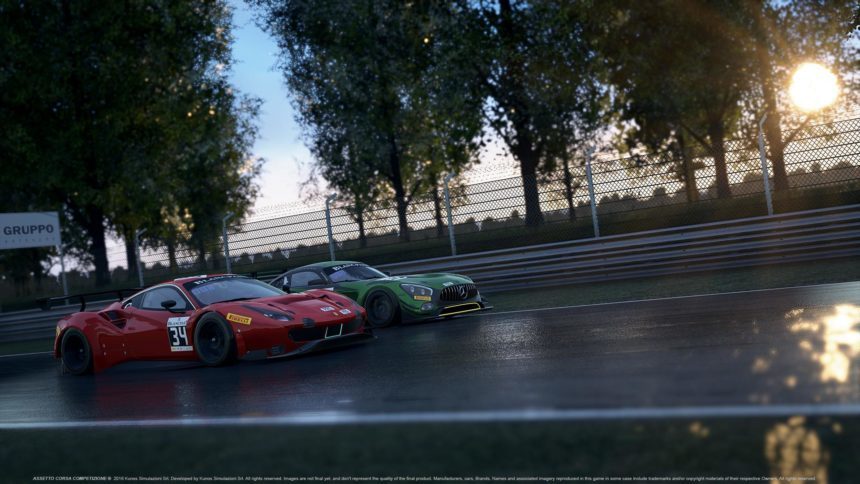 Right after its playable reveal on the floor of E3 last week, another opportunity to try Assetto Corsa Competizione is coming this weekend.

As ACC is the official game of the series, it seems only natural that the Blancpain GT Series would play host. The series is at Misano, Italy this weekend, and visitors will be able to drive it as well as watch. Yes, that means Misano itself — a new addition to the franchise.

Sim racers will get to try out one of eight Sparco Evolve rigs, complete with Thrustmaster gear. They’ll also be able to try different track conditions: dry, wet, and drying. Two different AI races will be available as well.

On top of this, members of the Kunos Simulazioni team will be on hand to answer questions and comments about ACC. Several of the real-world drivers will also be trying their hand at the sim racer.

The race weekend kicks off tomorrow, and runs until Sunday, June 24. For more information on the Blancpain GT Series, check out the official site.

Blancpain Endurance Series
2 Comments Discuss this post in our forums...
Can You Beat the Impossible Gran Turismo Quiz?