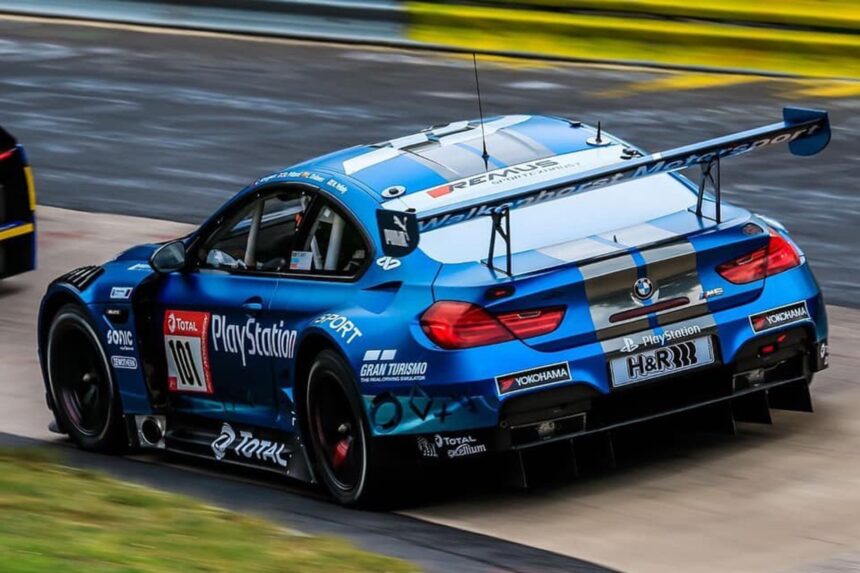 With the 2019 ADAC Total Nurburgring 24 Hours (and the GT Sport World Tour event) just five weeks away, preparations are well underway. This past weekend saw the six-hour qualification race for the main event, and it yielded a victor that will be familiar to racing game fans.

Taking the checkered flag was the #101 Walkenhorst Motorsport BMW M6 GT3. Driven by Christian Krognes, David Prittard and Nicholas Yelloly, the Playstation-sponsored M6 passed the ROWE Racing M6 in the final 11 minutes. The second ROWE M6 came home in third place, resulting in a BMW clean sweep of the podium.

Fans of Gran Turismo Sport will be very familiar with the Walkenhorst car. The big BMW is one of the main star cars of Polyphony Digital’s racing sim, appearing in the metal at the game’s live events on several occasions. It has such value that GT Sport even lists the specific model and livery as a separate car, alongside the BMW M Sport model. 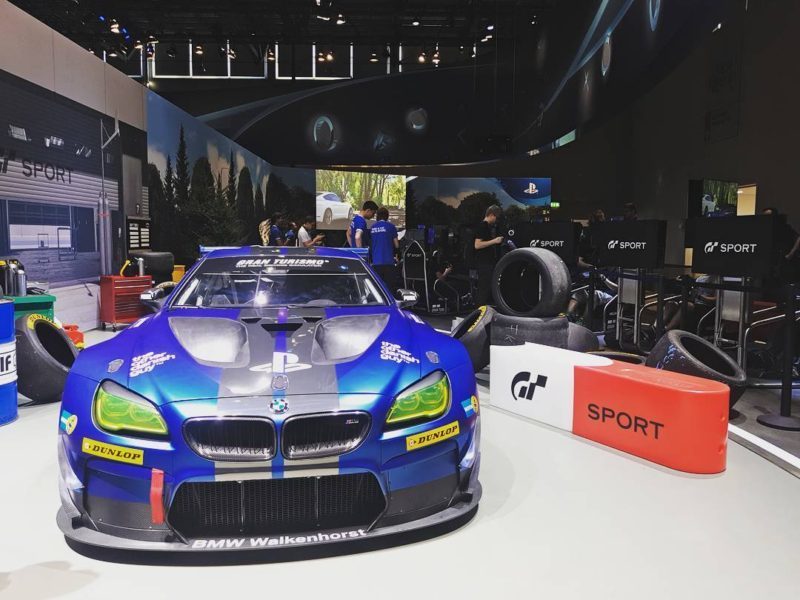 That’s likely because the M6 has had plenty of Gran Turismo star power behind the wheel at the Nurburgring over the years. The game’s 2016 version ran in the 24 Hour race that year, with none other than by Polyphony Digital CEO Kazunori Yamauchi at the wheel. Sharing the car with Matias Henkola, Max Sandritter, and George Richardson, he finished the race in 22nd overall.

For 2017, the 2010 GT Academy winner Jordan Tresson took over driving duties. He drove with the team’s owner Henry Walkenhorst, alongside David Schiwietz and Jaap van Lagen. The car unfortunately retired just before the 12 hour mark, and when Tresson returned in 2018 the car didn’t make the start line.

Fans can drive the Walkenhorst M6 to their heart’s content in GT Sport. With the FIA Championships in full swing for 2019, and a solid Gr.4 offering to back it up, the M6 should be a popular choice for the Manufacturer Series.

The Nurburgring 24 Hours begins on 20 June, and we’ll be keeping a keen eye on the Playstation M6 during the race itself.

2019 Nurburgring 24 HoursBMWnurb
25 Comments Discuss this post in our forums...
Can You Beat the Impossible Gran Turismo Quiz?