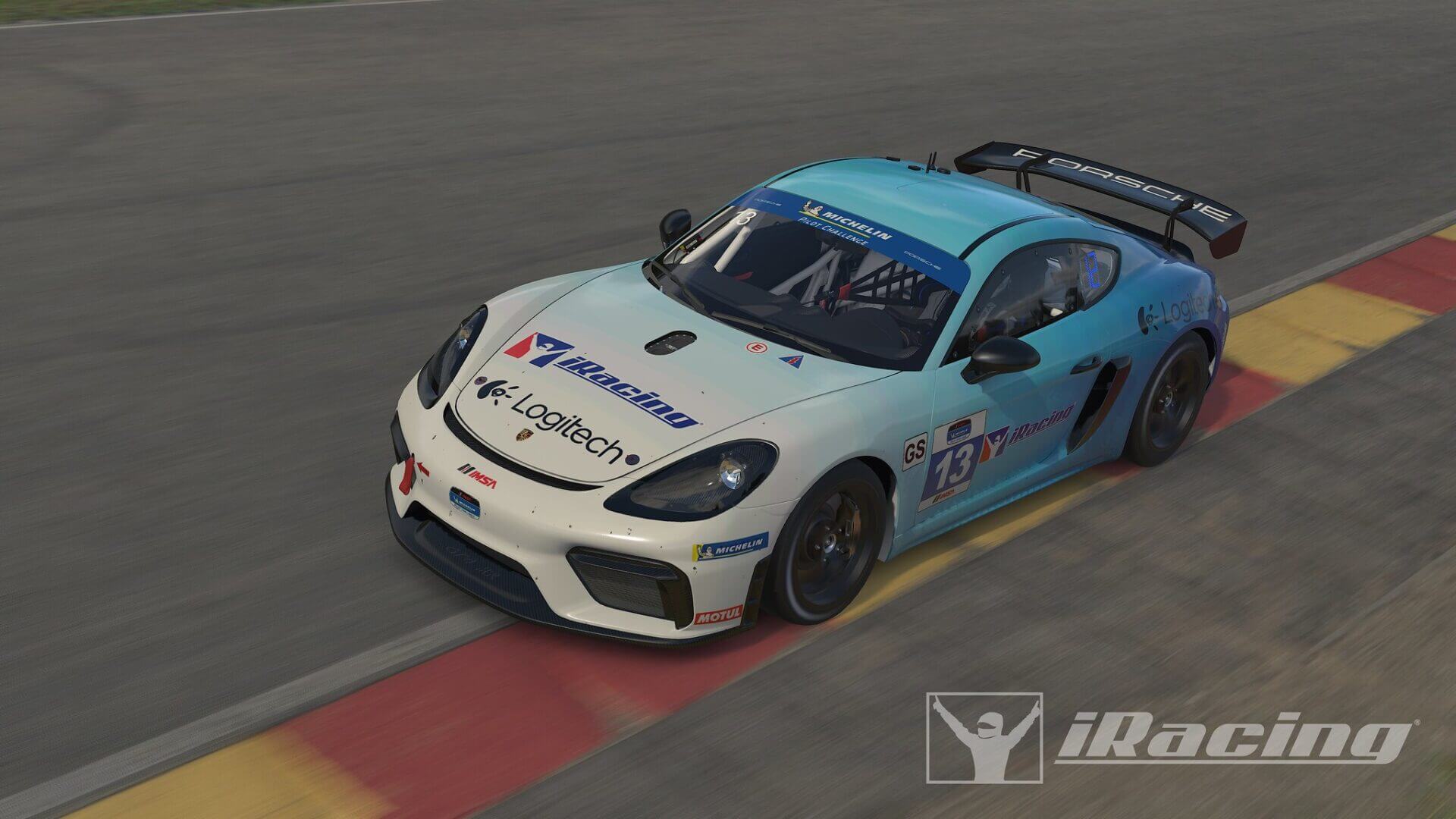 Last September, iRacing’s Steve Myers confirmed the Porsche 718 Cayman GT4 Clubsport would make its way to the PC racing sim. Now, we can set our sights on taking the GT4-class racing machine for a spin in March.

The good news comes courtesy of an announcement from the iRacing Motorsport Simulations team. When released, the Cayman will join the multi-class IMSA Michelin Pilot Challenge for 2020 Season 2. In addition, it will also take part in its own support series alongside the Porsche Esports Supercup throughout the 2020 season.

If that weren’t enough already, players will have a chance to take the 718 Cayman for a spin during the IMSA 90 Minutes of Sebring event on March 15.

As a quick reminder, the GT4 Clubsport won’t be the only sports car in its class. Last month, the IMS team confirmed another entry in the GT4 category for the sim: the BMW M4 GT4. It might be a little while before the two are able to go head-to-head on track though; given the time from the announcement of the Cayman to its imminent release next month, we wouldn’t expect the BMW until June at the earliest.

A track-tuned beast, the 718 CS isn’t a machine to take lightly. Power comes from a 3.8-liter, flat-six engine, sending 385hp to the rear wheels. It may not have the brute force advantage over the Bimmer, but the Porsche is lighter on its feet.

While we don’t have much longer to wait, have a look at in-game screenshots of the Porsche in action to kill some time. Stay tuned for more details leading up to its release.

Michael Leary · Feb 19, 2020
Formula One and iRacing fans, rejoice! In a surprising turn of events, the iRacing Motorsport Simulation team has announced a partnership with the Mercedes-AMG Petronas F1 team to bring “multiple” cars to the PC racing sim in future builds.

Michael Leary · Feb 19, 2020· 3 Comments
The iRacing Motorsport Simulation team has given a taste of what’s to come in the 2021 Season 4 build of the PC racing sim. While there’s no formal announcement as of yet, the team has uploaded a number of “Season Spotlights” videos to the official iRacing YouTube channel.

Andrew Evans · Feb 19, 2020· 3 Comments
One of the world’s oldest remaining motorsport events, the Mount Washington Hillclimb, has a new digital lease of life, taking its place as the first point-to-point course in iRacing — at the same time as Travis Pastrana was breaking his own record at the event.

Andrew Evans · Feb 19, 2020· Comments
Like so many other championships, IndyCar has seen its calendar all but destroyed by coronavirus concerns. That includes the 2020 running of the famous Indianapolis 500 — one of three races in the Triple Crown of Motorsport — which is now due to take place in August rather than the traditional May date.

Andrew Evans · Feb 19, 2020· Comments
With the motorsports calendar in disarray this year, esports is experiencing a popularity surge. Viewers are tuning in to watch virtual sports in their hundreds of thousands on streaming platforms, and now it seems that traditional broadcast media is after some of that action too.

Michael Leary · Feb 19, 2020· Comments
Following up on the first build of 2020, the iRacing team has released the Season 2 build to all subscribers. Headlining the new season are two new additions: the Porsche 718 Cayman GT4 MR, and the Norwegian rallycross circuit Lankebanen.