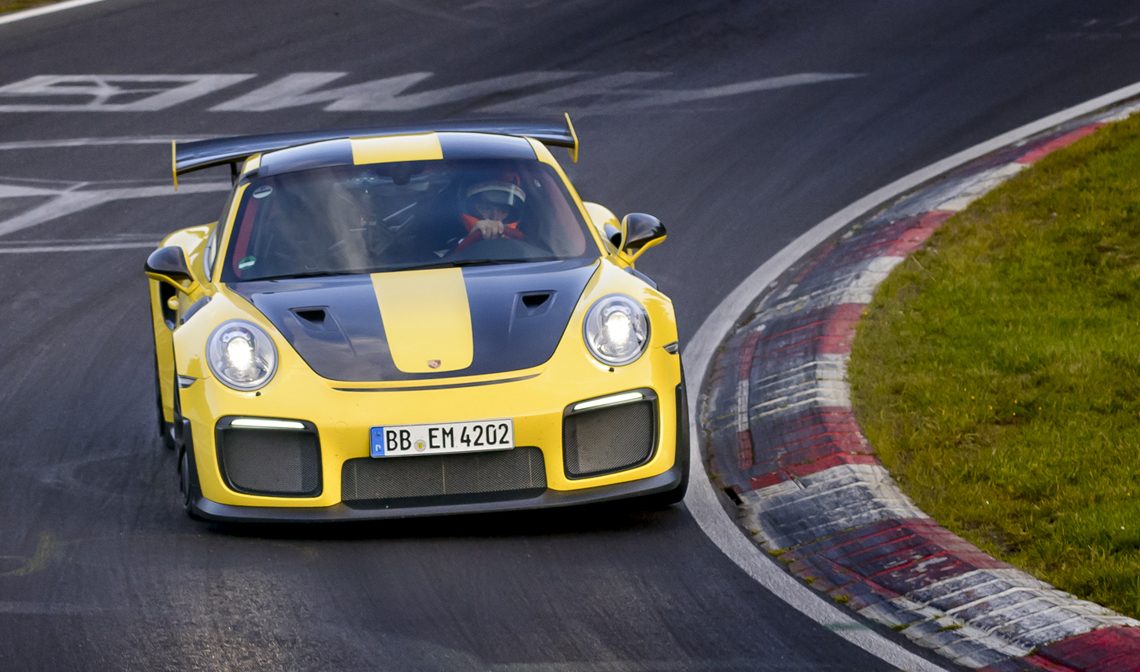 Porsche announced today that it’s brought the crown for the “King of the Ring” back to Germany. Using the latest 911 GT2 RS, the company lapped the Nürburgring faster than any other street-legal sports cars has.

Earlier this year the Lamborghini Huracán Performante lapped the track in a blistering 6:52.01. When Lambo clocked the time, it was amazingly quick and broke the previous record of the Porsche 918 by five seconds.

Porsche wasn’t going to let that slide though. During development, the goal for the 911 GT RS was to hit a time of less than 7:05. Deep down though, everyone on the team knew they were gunning for the Huracan.

On September 20, it finally got its chance to prove the car’s worth.

On the very first lap, the 911 GT2 RS hit 6:50.01, which immediately broke the standing record. However, German pride wouldn’t let it stop there. Over the course of six laps, the time started falling gradually. Finally, on the last lap, Porsche hit the current record time of 6:47.3. 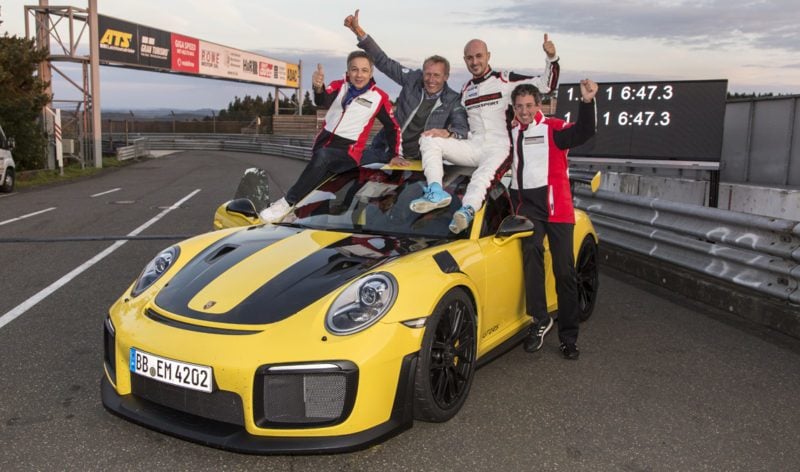 Even the second 911 GT2 RS Porsche brought along for testing managed to run sub-6:50 lap times with consistency. Hopefully, this will squash any forthcoming rumors that Porsche somehow cheated. When your vehicles are that consistent, chances are you’re doing something right.

Piloting the cars was the duo of Nick Tandy and Lars Kern. Both are veteran Porsche racing drivers and were the right men for the job.

For fans of the FIA World Endurance Championship, Tandy’s name should ring some bells. He drove one of the 919 LMP1 cars to victory during the 2015 24 of Le Mans. He’s also competed in other endurance races over the years with both the 919 and 911 RSR.

While Kern is less famous, he’s still pretty capable behind the wheel of a Porsche. Back in June 2016, he set a Nürburgring record using a Porsche Panamera Turbo — although it was later broken by the Alfa Romero Giulia Quadrifoglio. Currently, Kern races in the Porsche Carrera Cup Australia where he sits at 14th overall.

Despite what you may think of Nürburgring times, it’s clear that some manufacturers place a ton of weight on them. Nonetheless, the idea taking less than 6:50 to lap a challenging 12.43-mile track should impress even the most ardent Ring hater.

We’re sure the record is going to be broken within a year’s time, especially with many of the cars on the horizon. But in the meantime, it’s nice to see the crown returned back to Germany.

For those looking to see if they can match or beat the time set by Kern and Tandy, you only need to wait a few more days. With the launch of Forza Motorsport 7, you’ll be able to tackle the digital version of the Nürburgring with the GT2 RS. We look forward to seeing how members match up with the real life time.