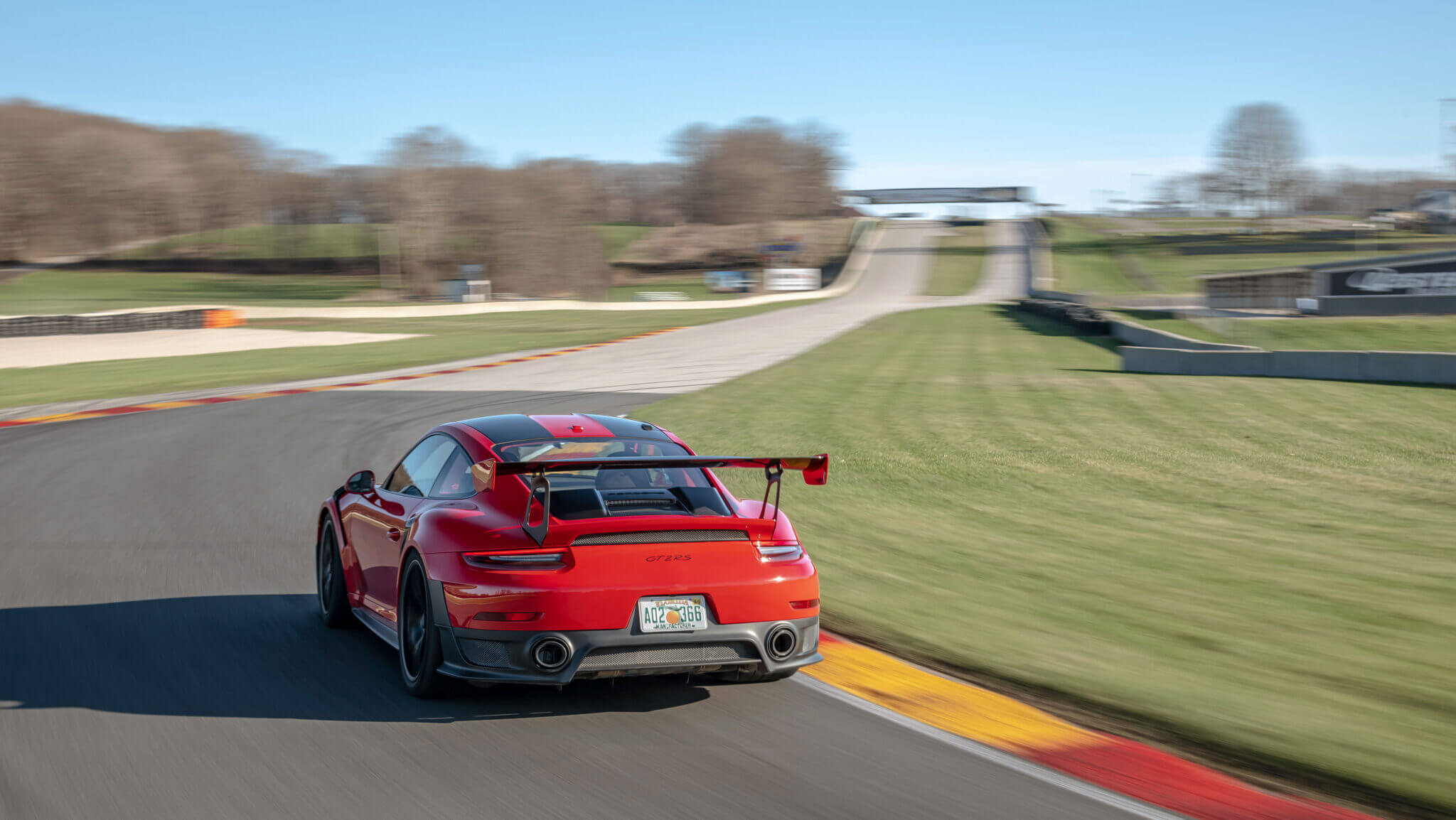 It should come as no surprise to anyone to learn that the Porsche 911 GT2 RS is fast. A sub-seven-minute lap of the Nurburgring is not within reach of many cars, but the GT2 RS blows that mark out of the water.

That said, the ‘Ring isn’t exactly your average race track. How does the king of the 911s cope on regular circuits? Well, as Porsche’s tour of North America’s circuits would seem to show, it copes pretty well.

Fresh from scoring a track record at Road Atlanta in March, the GT2 RS headed over to Elhart Lake, Wisconsin, to take on the ferocious Road America. This 4.048-mile track only has 14 corners, but seven of them sit at right angles. Average speeds are high, but there’s some massive braking zones — the GT2 needs to shed 100mph from its speed twice on the lap. 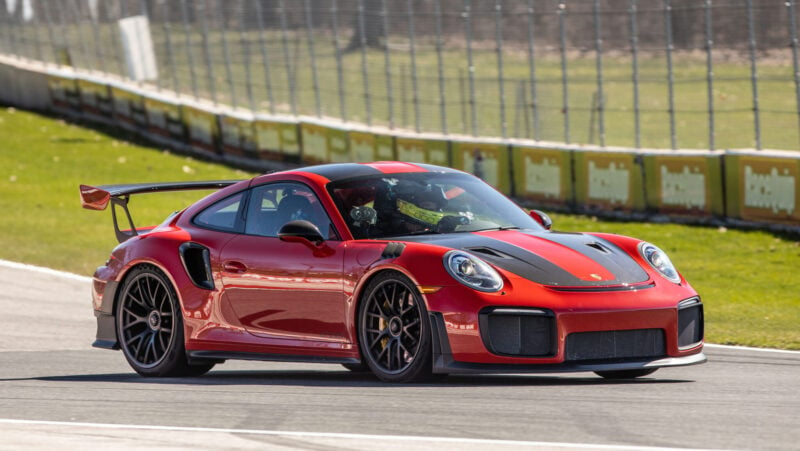 Porsche set David Donohue the task of capturing the track record, held by the Dodge Viper ACR at 2:20. Donohue has won the 24 Hours of Daytona and taken a class win at Le Mans in, ironically, a Chrysler Viper back in 1999. He’s also driven 911s up the Pikes Peak International Hill Climb.

On just his second lap, Donohue sent the GT2 RS nearly five seconds clear of the old mark. He recorded a remarkable 2:15.17 time — an average lap speed of 107.8mph — as verified by Racelogic, in the fully road legal 911. You can watch this record lap below.

Even more remarkable was the fact the crew broke the old lap record a second time on the same day. This time it wasn’t the GT2 RS, but the GT3 RS which set a 2:18.57 lap to follow its sibling home.

That’s arguably a more impressive feat. The GT3 gives away almost bang on 200hp to the GT2, which puts it at around a 10mph disadvantage at the end of the straights. However the GT3 makes up time in the corners and braking zones, despite both cars using the same Michelin Pilot Sport Cup 2 R N0 tires and only a 90lb difference between the two:

13 Comments
Click here to see the related discussion our forums...