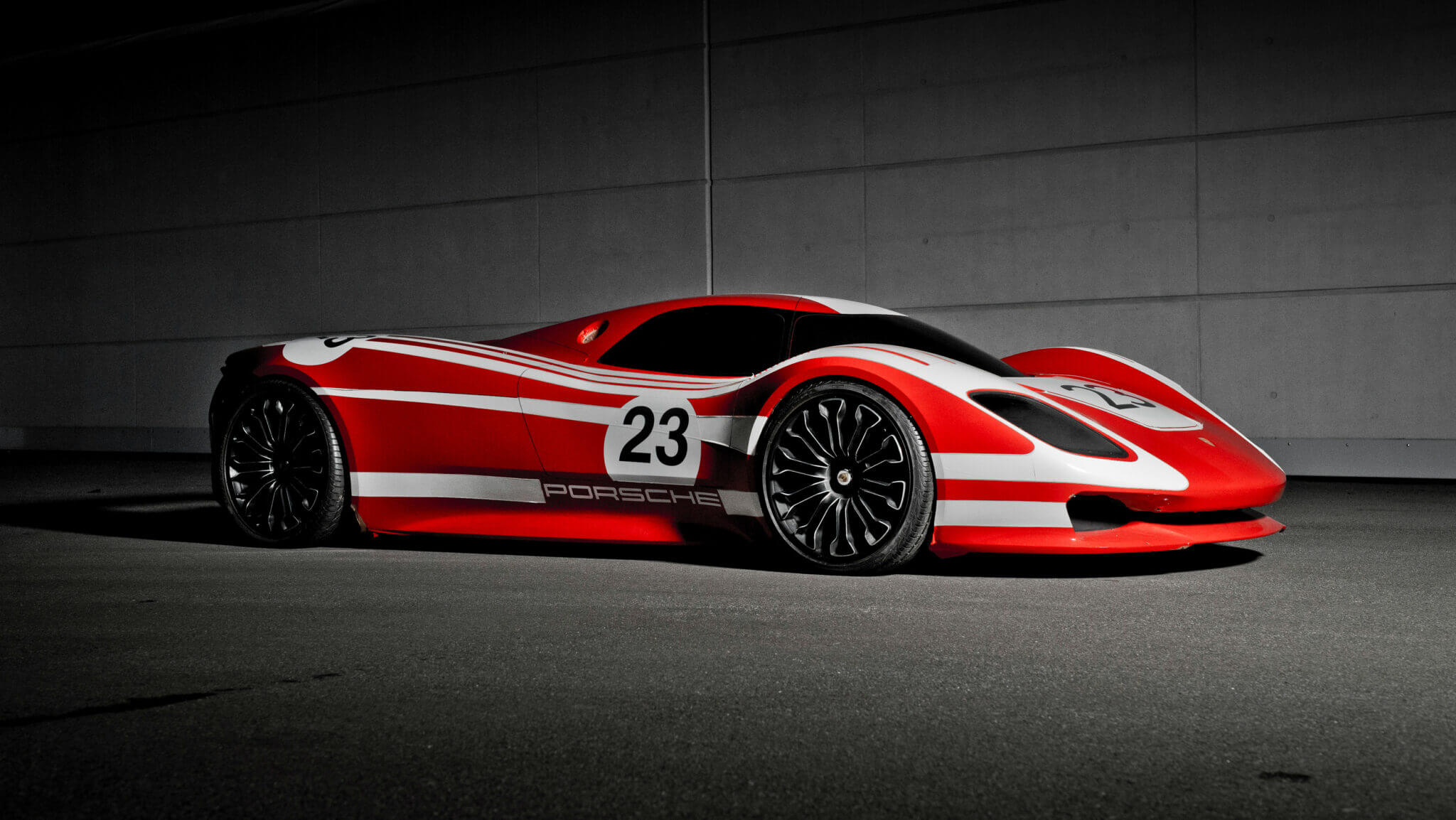 Simply called the 917 Concept Study, it’s a remarkable take on the classic racer. Unlike the modern 935 that made its debut last year however, this is more than just a retro redo on a modern 911.

Instead, Porsche designers have taken the essence of the 917 and distilled it into a modern interpretation. It’s low, sleek, and looks a bit like an elongated 918 Spyder. Nonetheless, there are elements that harken back to the original,  like the bulging wheel arches and swooping canopy.

To cap off the car’s look, it also sports a modern take on a classic livery too. With a bright red body and flowing white stripes, it mimics the livery on the 1970 Le Mans-winning 917. 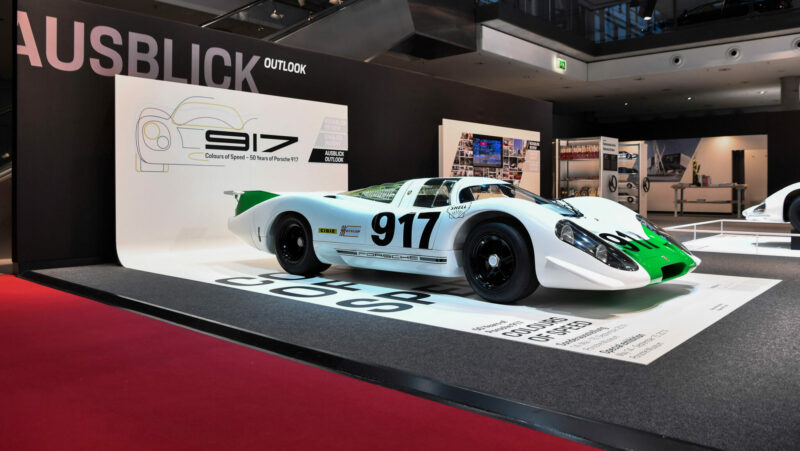 Past that scant information and the single picture, we don’t know much else. Sadly, since it is simply a design study, chances are it doesn’t have a drivetrain or even an interior.

Also, as a design study, it means the chances of the car ever seeing production are pretty much nil. We wouldn’t be disappointed if Porsche used it as a base for a GT1 Le Mans entry in 2020 or beyond though…

But for now, the 917 Concept Study will find its place at the Porsche Museum in Stuttgart. There it will join 10 other original 917 race cars in an exhibit named Colours of Speed – 50 Years of the 917.

Sitting alongside the 917 will also be the very first 917 chassis. It’ll look as factory fresh as it did in 1969 too. This is thanks to a comprehensive restoration from Porsche to bring 917-001 back to its former glory.

If you’re interested in checking out the design study 917, the original race, or any of the other 917 cars, you won’t need to wait long. The exhibit opens on May 14 and runs through September 15.

Andrew Evans · Mar 12, 2019· Comments
Gran Turismo series partner Toyota has revealed a special, limited edition version of its Toyota Yaris hatchback, which not only bears the Gran Turismo 7 name but comes with a free copy of the game and a PlayStation 5 console.

Andrew Evans · Mar 12, 2019· Comments
After it surprisingly revealed a new car at the Consumer Electronics Show (CES) in 2020, Sony has taken the covers off a second model at this year’s show — and it looks like it might be planning to build them.

Andrew Evans · Mar 12, 2019· Comments
Porsche has officially taken the covers off its Vision Gran Turismo car, designed specifically for Gran Turismo 7 when it launches on March 4.

Andrew Evans · Mar 12, 2019· Comments
MG’s specialist design center, SAIC Design in London, has created a new concept car that’s not only inspired by gaming, but a games room itself.

Michael Leary · Mar 12, 2019· 13 Comments
Although Lamborghini has now officially pulled the wraps off its latest nostalgia project, the Countach LPI 800-4, you’re already too late to buy one.

Andrew Evans · Mar 12, 2019· 21 Comments
Genesis has unveiled a trio of new racing car concepts designed in collaboration with Gran Turismo, destined to take their places in the racing game series in the near future.

Andrew Evans · Mar 12, 2019· Comments
Nissan has taken the covers off the latest model of its flagship performance car, the GT-R Nismo, ahead of its market launch later this year.