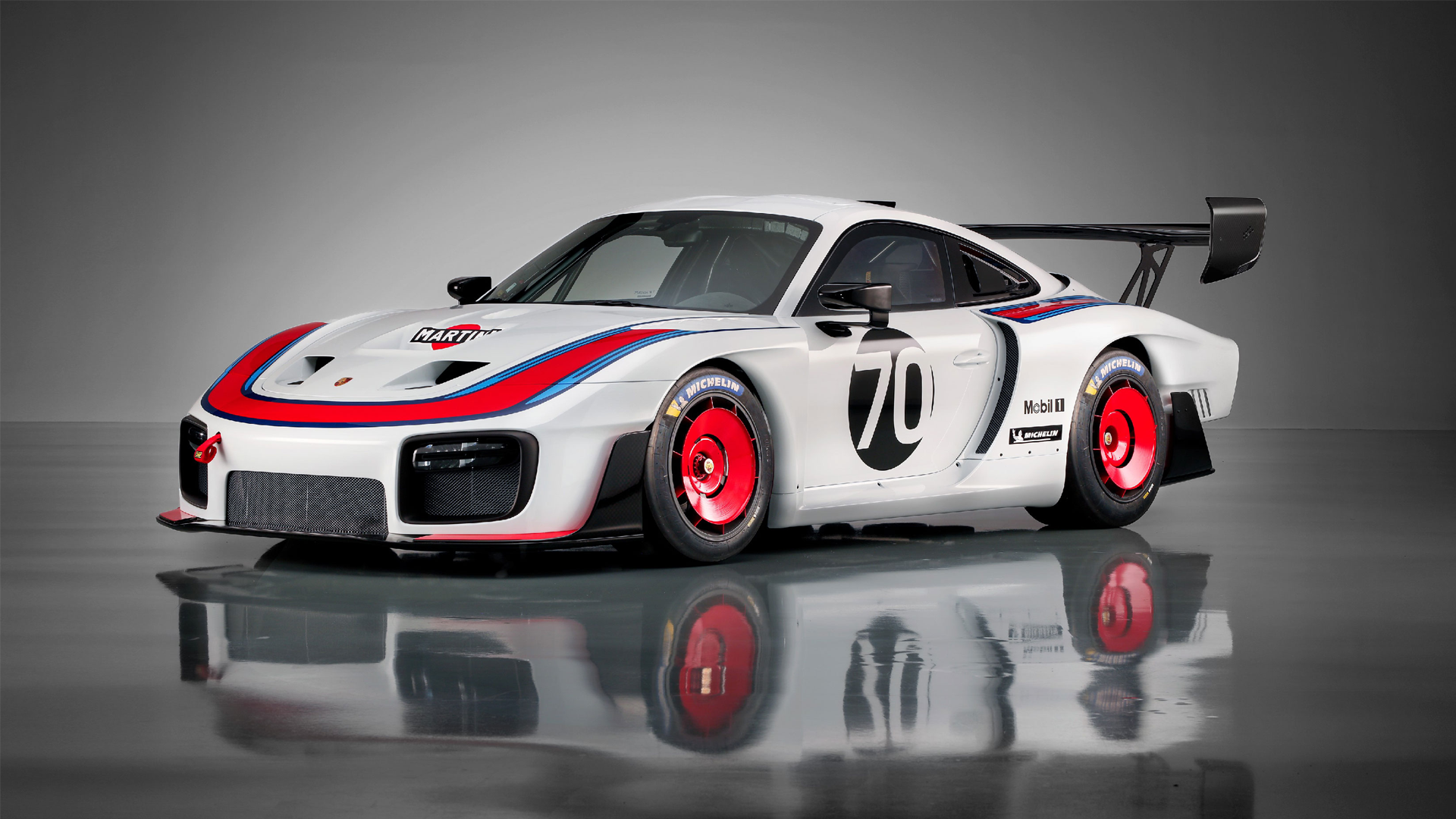 Retro race cars are quickly becoming a hot trend. First Infiniti debuted the Prototype 10 in August, then just last week we saw the Ferrari Monza SP1 and SP2. Now Porsche is back with its own throwback design, the Porsche 935.

That moniker is probably familiar too. During the late 1970s the Group 5 935 was a dominant force in sports car racing. It took home more than 150 victories over its lifetime and even outright won the 1979 24 Hours of Le Mans.

To honor one of its most successful racers, Porsche is reimagining the 935. However, it’s not in the same way that Singer does these sorts of things. Instead, this 935 is essentially a re-bodied 911 GT2 RS.

But what a rebody it is! Nearly every detail on the car screams class sports car racing and it’s a thing of beauty.

Perhaps the best part of the entire car is the iconic long tail. In the 1970s, this feature earned the car the nickname “Moby Dick”. It’s easy to see why too. It adds nearly a foot to the overall length of the vehicle. 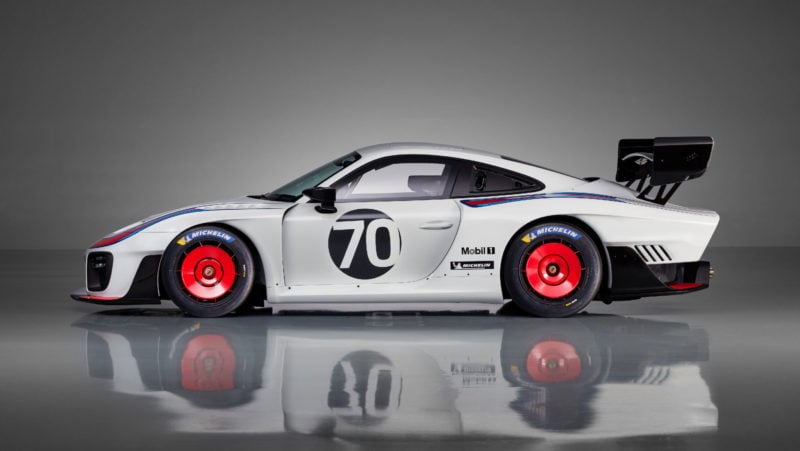 Another feature that really caught our eye is the wheels. It’s rare you see classic aero wheels on today’s cars, but it fits the overall theme of the 935 perfectly.

The new 935 also pays homage to more than just the original. It also incorporates several features from other legendary Porsche vehicles. The rear tail lights and wing endplates come from the 919 Hybrid LMP1. The mirrors are off the 911 RSR and to cap it all off the titanium exhaust pipes echo those found on the Porsche 908.

Those details carry over to the interior too. According to Porsche, the wood laminate gear knob pays tribute to the 917, the 909 Bergspyder, and the Carrera GT. The carbon fiber steering wheel and instrument cluster are also from the GT3 R.

Powering the 935 is a 3.8-liter twin-turbo flat-six turning out 700 horses — the same as its more pedestrian stablemate. Rather shockingly, that’s still less than the original from four decades ago. The 935/78 made somewhere in the neighborhood of 845hp when it hit the track in 1978. 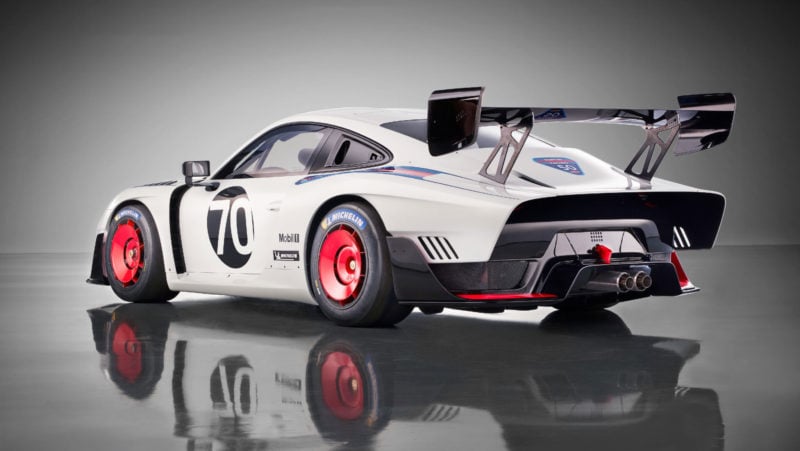 Unfortunately, we’ll only see that power out on race circuits. The 935 isn’t street legal and is solely meant for things like track days. Although it would be interesting to see if you could race it alongside the GT2 RS.

As for production numbers, Porsche is building just 77 examples. This number coincides with the debut season of the original 935, 1977.

The number magic doesn’t stop there either. The price for one of these is €701,948 ($820,000), which on the surface seems a bit odd. Diving a little deeper though and you see the numbers have some meaning. The 70 represents Porsche’s 70th anniversary and 1948 signifies the founding year. It’s a pretty innovative way to get an additional €1,948 out of buyers.

If you want to see the 935 in person, you can head to Laguna Seca this weekend. Running through September 30 is the Rennsport Reunion; one of the largest Porsche gatherings in the world.