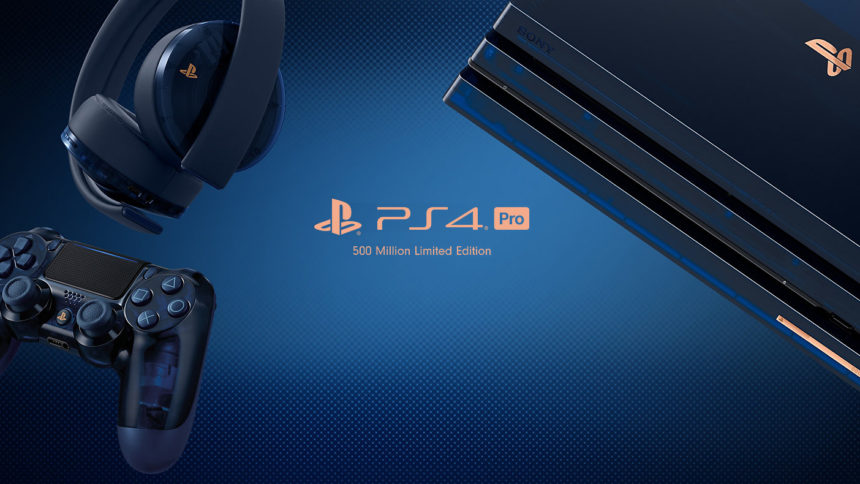 Sony Celebrates Half a Billion PlayStations With a PS4 Special Edition

Sony will release a special edition PlayStation 4 later this month to mark a rather impressive landmark.

Since it set the brand off in 1994, Sony has registered 500 million — that’s half a billion — PlayStation consoles worldwide. This covers the four home consoles, PSP, PSP Go and PS Vita handhelds, and PlayStation TV. In fact the number stands at 525.3 million, and it means that Sony has sold one PlayStation every 1.4 seconds over the last 24 years.

To mark the fact that more than 50,000 PlayStations have found a new home every day, Sony will produce a limited run of 50,000 “500 Million” consoles. Based on the CUH-7100B generation PS4 Pro, the 500 Million Limited Edition features a unique color scheme and some extra goodies to mark the occasion. 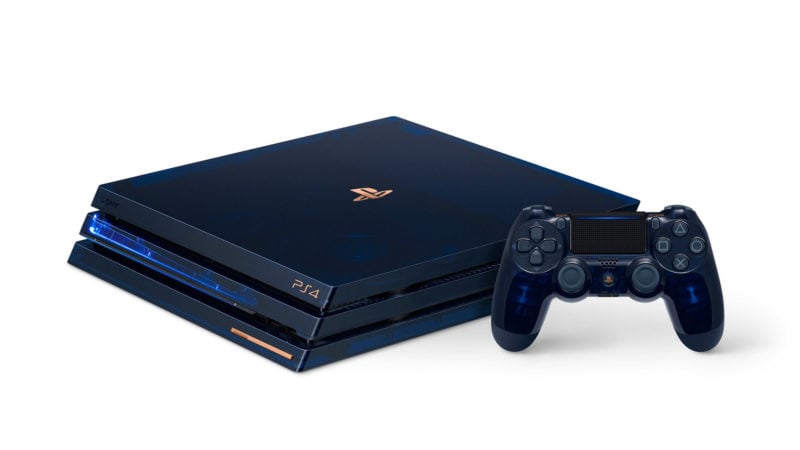 The outer shell of the console is dark blue and translucent. This means you can see some of the console’s inner workings, and it’s illuminated when powered. The PlayStation and PS4 logos are picked out with a copper finish, and each console features a copper plaque on the lower right. This shows the limited edition number, in the 50,000 console run. It also includes a vertical stand, also finished in blue translucent plastic. 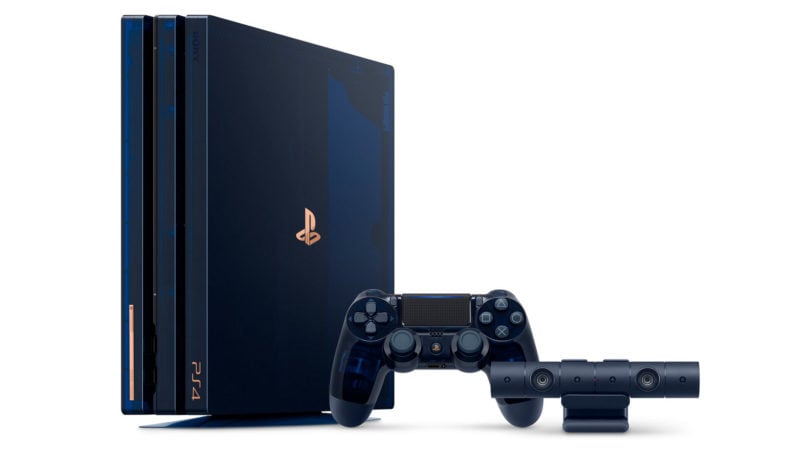 In addition, there’s a matching 500 Million DualShock 4 controller. This features the same translucent blue shell, with copper highlights on the PS button and the Share and Options lettering. The controller is available as a separate, standalone item too.

The collectors’ edition box also packs in a set of mono headphones and a PlayStation Camera. The camera also features that unique blue finish.

There’s a fourth limited edition item, but it is only available separately and does not come with the bundle. The 500 Million wireless headset features a VR optimized design, along with hidden, dual noise-cancelling microphones. There’s 7.1 virtual surround sound and again the headset has the translucent blue finish with copper highlights.

If you want the wireless headset, you’ll have to wait a little longer. This won’t be available until October 11 in Europe, with a September date yet to be confirmed in the rest of the world. This comes in at ¥12,000, $99 or €89.

PlayStationPlayStation 4Sony
40 Comments Discuss this post in our forums...
Can You Beat the Impossible Gran Turismo Quiz?

Gran Turismo Sport 39 Feb 18 by Andrew Evans
Polyphony Digital boss Kazunori Yamauchi has revealed some interesting facts about the relationships between Gran Turismo and the car manufacturers who appear in the series. Speaking to Australian media in…