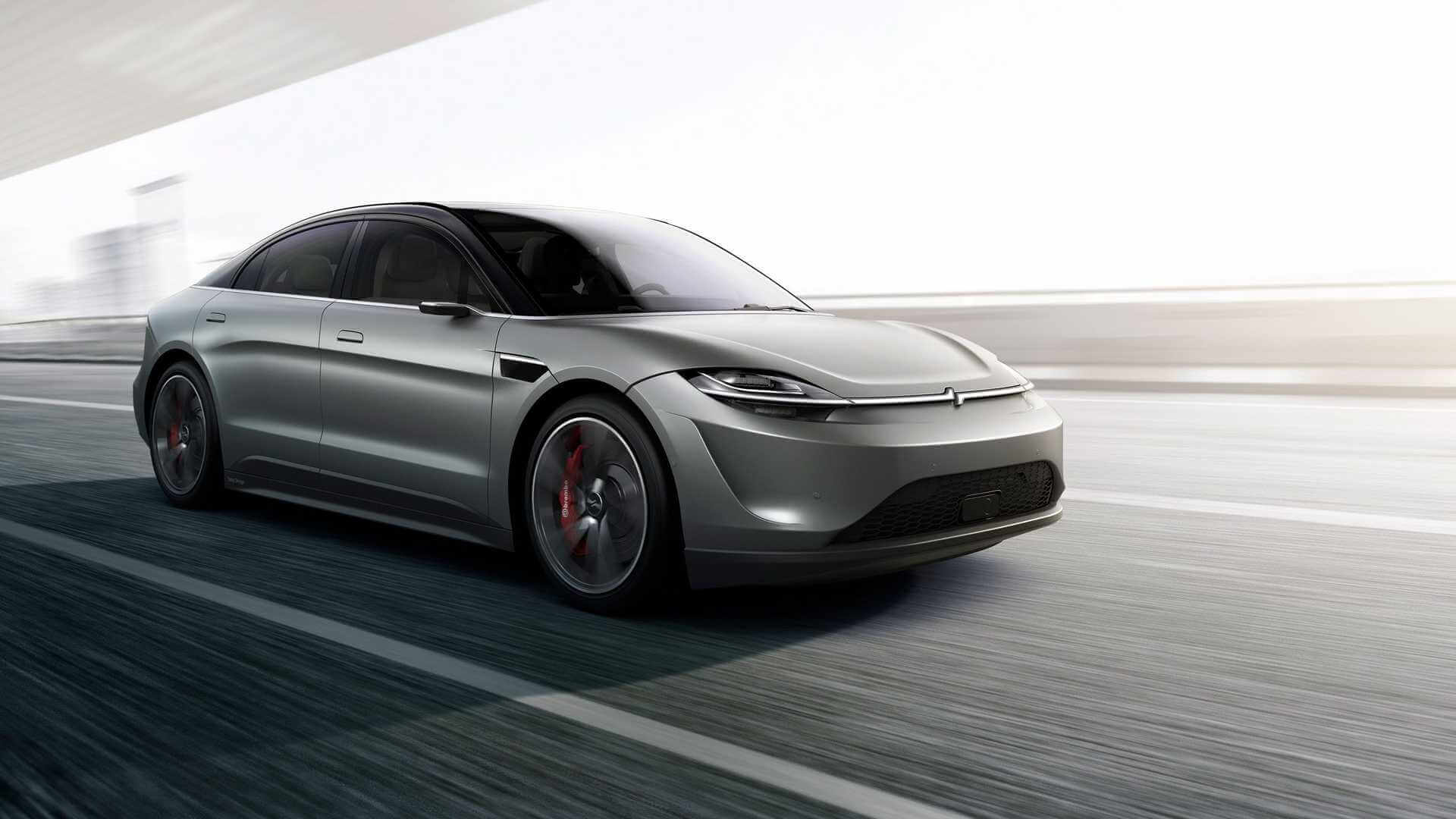 It might be very early days in the 2020 Consumer Electronics Show, but it looks like Sony has already stolen the event. Not with some fancy new camera, television, phone, or even PlayStation 5, rather a car.

The new car, technically called the Vision-S Prototype Vehicle, rolled onto the stage during Sony Corporation president Kenichiro Yoshida’s presentation. It’s part of a new initiative from Sony, known as Vision-S, which combines all of Sony’s efforts in entertainment, connectivity, safety, and mobility into one package.

Sony hasn’t given range or battery capacity figures yet. However a brief shot of the car’s display in the promo video below allows us to calculate it at 330 miles, in sports mode, from a 125kWh battery. That’s in line with much of the EV market around where Sony is pitching the Vision-S car.

The battery is only part of the car’s weight though. Being a Sony product, the Vision-S majors on electronic gizmos and gadgets. With one eye on future self-driving, Sony packs the car with entertainment systems to aid relaxation.

Each seat has its own audio system, designed around Sony’s 360 Reality Audio system. This essentially places the listener into a sphere of their own sounds — each passenger can listen to what they like in isolation from the others, if they so desire.

There’s a screen for each seat too, so that everyone can access their own video content, along with an enormous screen that occupies the entire front of the cabin. The car benefits from full connectivity too, transferring content to and from mobile devices as you enter and exit the car so you can continue to enjoy media seamlessly.

Along with driver monitoring, the car will keep an eye on the vehicle occupants and adjust the temperatures to suit. Should someone doze off (which sounds pretty likely), the Vision-S car will adapt their local environment to keep them comfortable. If you are awake, there’s not only dials but ‘time of flight’ sensors that allow for gesture control.

These sensors are part of a dazzling array of 33 different detection systems in and around the car. That includes cameras for driver monitoring and side mirrors, but a lot of this technology is focused on what Sony calls its Safety Cocoon system.

This employs camera, radar, and solid-state lidar systems as both driver assistance and more advanced autonomous functions. Officially termed ‘Level 2+’, the Vision-S offers everything short of fully autonomous driving, with advanced cruise control, auto lane-change, and self-parking. Future software updates will enable Level 4, where the car can drive itself without human supervision as the law permits it.

Of course building a car from scratch is, even for a company like Sony, a grand undertaking. It partnered with Canada’s Magna, which builds the Jaguar I-PACE and Toyota GR Supra, to create the vehicle.

The Vision-S Prototype sedan that Sony unveiled is just one model that the new platform can accommodate — so we might see other versions in the future, including an inevitable SUV.

Will Sony actually build it? That seems unlikely at this point. Vehicle manufacture is an incredibly expensive business, with a new model line and platform costing around $1bn to produce. It’s a big risk in a time when many markets are experiencing falls in sales, and the focus is increasingly on end-to-end mobility rather than the car.

Instead the Vision-S is more of a rolling showcase for Sony’s automotive-grade technology to other car manufacturers. Time will tell however, and we could see Sony on the road in the near future.