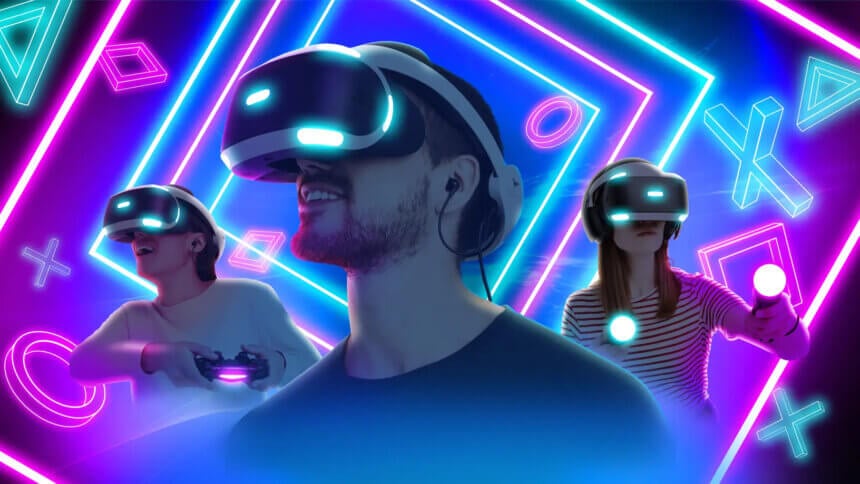 Sony’s senior VP for platform planning, Hideaki Nishino, has confirmed in a post on the offcial PlayStation Blog that a second-generation PlayStation VR system is in development.

PSVR has been something of a hit for Sony since its launch in 2016. In total Sony has shipped around six million units of the system, which consists of a 5.7-inch OLED display running at 1080p resolution, in the characteristic headset you can see above. It functions in conjunction with PlayStation Camera, the PlayStation Move controller, and even a regular DualShock 4, to allow players to interact with their environments. PSVR is technically compatible with PS5, however players must only use PS4 versions of PSVR games for VR functionality.

That naturally led to questions about a successor with full PS5 compatibility, and Nishino’s blog post confirms this, along with some details about the new PSVR.

Nishino comments that Sony is “taking what we’ve learned since launching PS VR on PS4” in developing its successor. This isn’t just limited to technical capabilities, but also simple things like connectivity. The new system will connect to PS5 with a single cord, rather than the jumble of cabling required for PSVR.

In addition, there’s a new dedicated VR controller in the works. The blog post notes that this new device will include some of the “key” functionality you’ll find in the new DualSense controller for PS5, which hints at adaptive triggers and haptic feedback.

We won’t be seeing the second-gen PlayStation VR any time soon however. It’s still in development, and won’t be available this year. Nishino does comment that “the development community has started to work on creating new worlds for you to explore in virtual reality”, which hints that development units might already be in the hands of at least PlayStation Studios developers. That being the case, we might perhaps see Gran Turismo 7 in full VR, or even as a launch title for the new system.

One thing not yet confirmed though is the new system’s name. The blog post only refers to the unit as “new” or “next-generation VR system”, though we’re going to pencil it in as “PSVR2” for now.

PlayStation VR
15 Comments Discuss this post in our forums...
Test Your Badge Knowledge With Our Car Logo Quiz

Forza Horizon 4 5 Mar 5 by Andrew Evans
As the current Series in Forza Horizon 4 comes to an end another one is just around the corner, and Playground Games has confirmed a rather unusual machine will be…

Formula One 258 Mar 5 by Andrew Evans
After a troubled recent history, the famous Williams F1 team is set to start a new era this season, and has unveiled the car it hopes will revive its fortunes…

Formula One 258 Mar 3 by Andrew Evans
Aston Martin will be making its return to the F1 grid this season after 60 years away, and has today unveiled the car it will use for the 2021 season.…