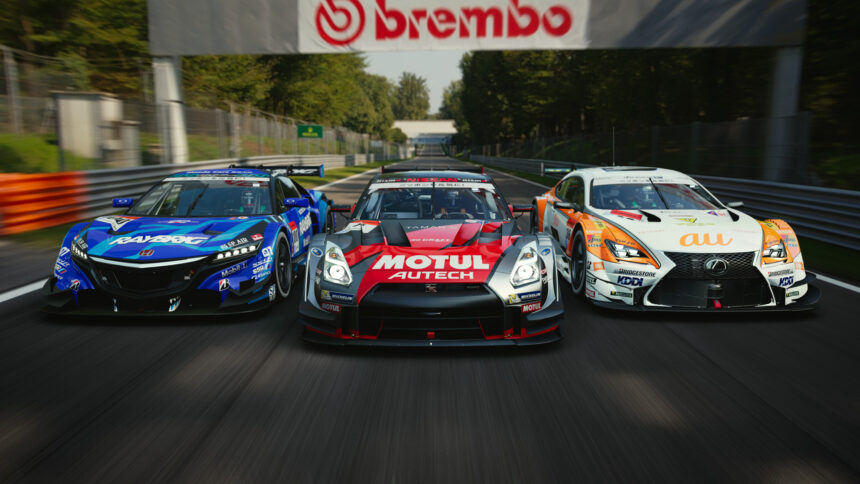 One of the fastest closed-cockpit racing categories in the world, Super GT, has announced it will hold a special online event for its pro drivers, using Gran Turismo Sport.

Like so many other racing series worldwide, Super GT is having some enforced downtime right now. The circuits sit empty, and the drivers are twiddling their thumbs. With nothing but re-runs for fans to watch, the series is following in the footsteps of NASCAR, IndyCar, and Super Formula, and putting its pro drivers to the virtual test.

Super GT is calling the event “SGT x GTS Special Race”, as it’ll run the event through GT Sport. There’s a field of 20 drivers scheduled to take part, with nine from the top GT500 category — three from each of the three participating manufacturers — and nine more from GT300. The driving talent includes 2017 champion Ryo Hirakawa, 2019 champion Kazuya Oshima, and four-time champion Ronnie Quintarelli.

Joining the current crop are triple-champions Juichi Wakisaka and Satoshi Motoyama, now both retired from the series, as “Legends” drivers. In addition Super GT’s race director, Naoki Hattori, will take the same role in the virtual event which will run at the Fuji Speedway circuit.

Although GT Sport does have six GT500-class Super GT cars, the event will use the lower category Gr.3 cars — broadly equivalent in pace to the GT300 cars in the series. Each will sport relevant liveries, which fans will have the opportunity to design. Details on how to submit your livery for the race will be available at a later date, but players who enter winning designs will win a signed Super GT smartphone stand.

You’ll be able to watch the whole event live on the official Super GT YouTube channel, starting from 1000 UTC on Sunday June 21.

Gran Turismo Sport 513 Sep 21 by Andrew Evans
You’ll get a rare chance to test out your oval racing skills in this week’s GT Sport Daily Races, with a new set of three events. Our headline event comes…

Gran Turismo Sport 513 Sep 14 by Andrew Evans
This week’s GT Sport Daily Races, have an unusual twist with two events where the car is provided to you — and in both cases it’s a pick and mix,…

Gran Turismo Sport 513 Sep 7 by Andrew Evans
There’s no taking things slowly in this week’s GT Sport Daily Races, as all three events put you in race cars. Race A sees a return of the front-wheel drive…