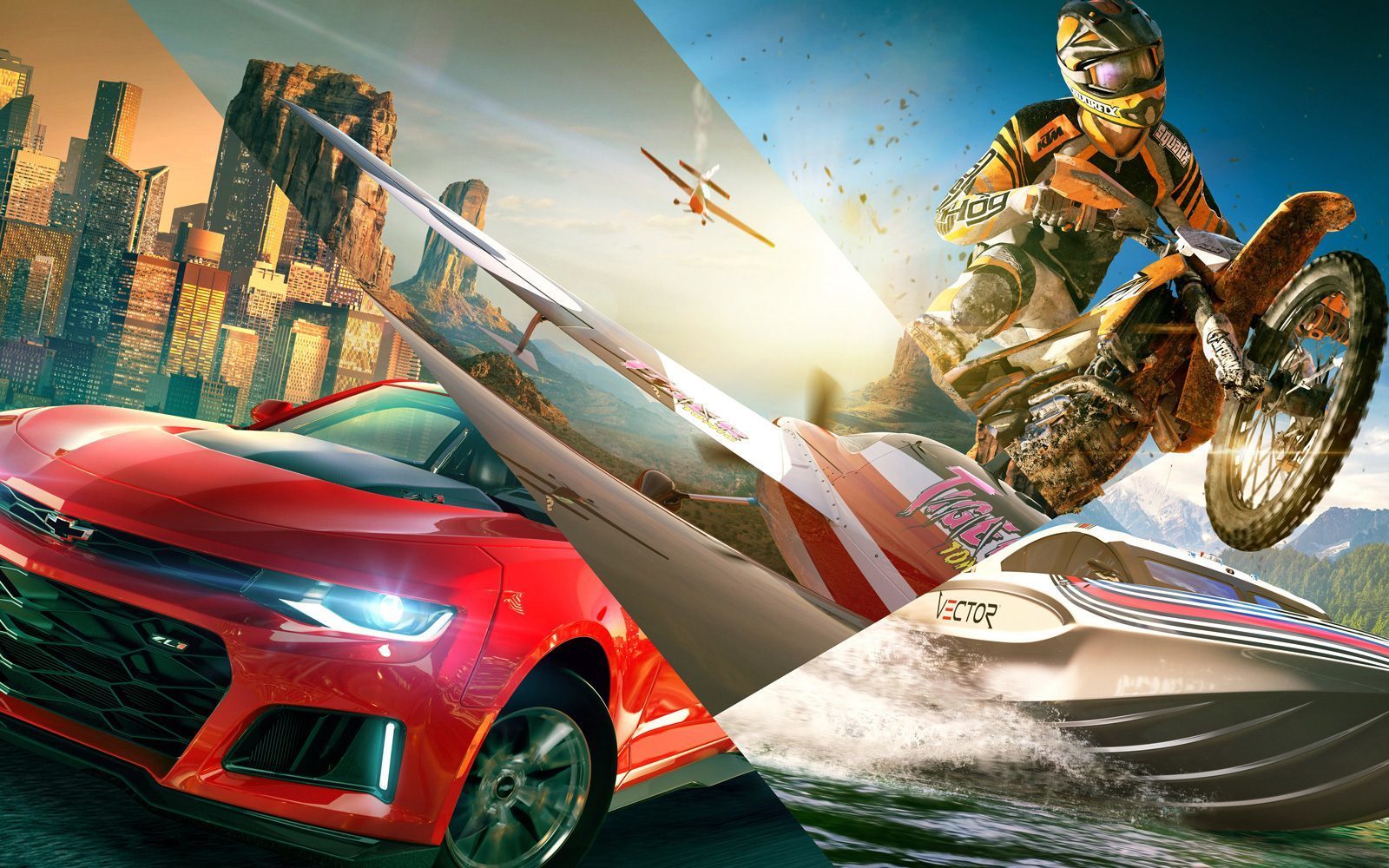 After its announcement last month, Ubisoft has taken the covers off its newest open-world racer at E3 2017. The Crew 2 builds upon the foundations of its predecessor, but with a twist. This time, players will be able to explore land, sea, and air.

Like in the original, The Crew 2 will be utilizing the United States of America as its playground. The focus here is to become the champion of “Motornation,” the in-game festival that hosts the races, by conquering all motorsports.

The gameplay footage provided shows cars racing through the dark and damp streets of New York City. Cars then jump onto the rooftops of buildings, keeping the competition going. It all looks a little Doctor Strange, honestly.

The race then continues in the Hudson River with a powerboat. By reworking the map, drivers are now able to hop off the asphalt and jump into the water or air. Once in the water, players will have to contend with waves, ramps, and buoys en route to the finish line.

With the powerboat section of the challenge complete, players are thrown into the skies to maneuver an aerobatic aircraft. Thanks to remodeling the old USA map, planes can be taken up into the skies, letting players explore the open-world even more.

We spotted a handful of new cars in the trailer and gameplay video posted below. The latest Camaro ZL1 is present, as well as the 400 hp Audi TT-RS. The Crew 2 is the latest in an increasingly long list of titles to feature Porsche too: the 911 GT3 RS appears throughout the videos. It may just be the most popular racing game car of the year.

The Crew 2 features four motorsport families: Street Racing, Pro Racing, Offroad, and Freestyle, all of which have their own “culture, style, set of disciplines, and a place to meet.”

Early 2018 is when racers can expect to have The Crew 2 in their hands. The game will launch on Xbox One, PlayStation 4, and PC. For those eager to get a taste of what’s in store, the signup for a beta of The Crew 2 has opened up.

From competing with drivers on closed-circuit race tracks to doing stunts with planes, The Crew 2 goes from one extreme to the other. Will this work out? We’ll have to wait and see.

2,564 Comments
Click here to see the related discussion our forums...