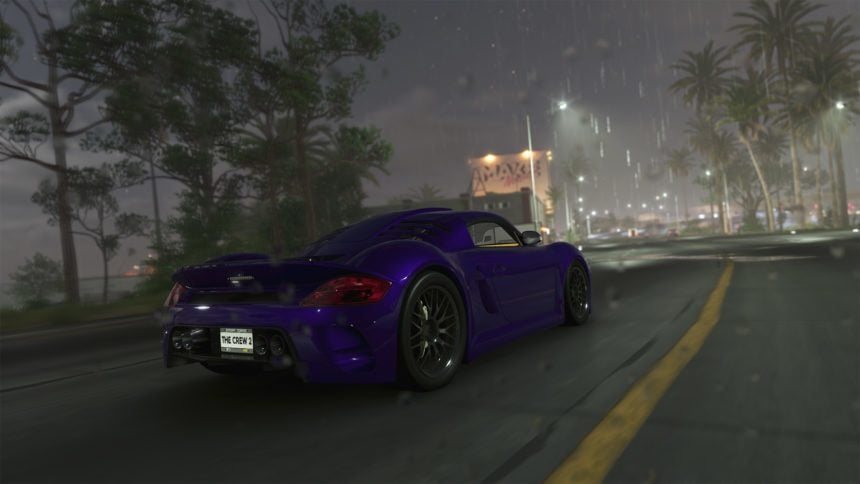 Today, thousands of players across the globe are getting in on The Crew 2. Early access has begun, and the game marks a rather unique point in the history of the racing genre: it’s the first new racer to feature both Porsche and RUF from day one.

Now, The Crew 2 isn’t the first game to feature both manufacturers (and yes, RUF is a manufacturer in its own right). Other games have had both, namely Assetto Corsa and the Forza franchise. But in both cases, Porsche arrived post-launch.

A Brief History of The Porschening

It was a big deal in Assetto Corsa when Kunos first announced Porsche was coming in 2016. At the time, Forza was the only franchise to regularly feature the brand, and it was always via post-launch sub-licensing from Electronic Arts. The exclusive license EA had with the brand had long been a major sticking point for sim racing fans.

Later in the year, we broke the good news: the EA/Porsche exclusivity deal was dead. The third Porsche pack was nearly out for Assetto Corsa, and that was just the beginning. In 2017, we’d see the quick (and oh-so-welcome) proliferation of Porsche across the genre.

iRacing kicked off the new year with an announcement that the 911 GT3 Cup was coming to the PC sim. in March, it was Gravel to next confirm Porsche’s inclusion. A month later, both Gran Turismo and the Forza franchise jumped onboard. The folks at Slightly Mad Studios followed suit in May with news Porsche was coming to Project CARS 2. Finally, in June, Ubisoft took the covers off The Crew 2. Sure enough, right in the announcement trailer, there the 911 GT3 RS was.

The RS’ appearance in that initial TC2 trailer set off alarm bells. We wondered if Porsche was pushing RUF out of the genre in the wake of its newfound freedom. In the sim world, that certainly seemed to be the case: the trio of Project CARS 2, Forza 7, and GT Sport all feature the former without the latter. Previous installments in all three franchises had RUF, but it was seemingly dropped in response to getting Porsche.

Thankfully, Ivory Tower has bucked the trend. The Crew 2 brings back all of the RUF models from its predecessor, while adding in four Porsche cars. It’s the first time both marques have been present in a game from day one since the EA deal died.

Interestingly, there still is some separation: the two RUFs in the game are the Cayman-esque 3400K and the company’s home-grown hypercar, the CTR-3. There are no 911-shaped models like the famous Yellowbird. In fact, there’s no comparable models across the marques. An intentional decision by the developers? It’s possible.

Regardless, we’re just happy to see both RUF and Porsche in a game together. Hopefully this spells good news for RUF in particular, allowing the brand to spread across the genre again. Now, if someone could just have a sit-down with Toyota…

PorscheRUF
7 Comments Discuss this post in our forums...
Can You Beat the Impossible Gran Turismo Quiz?

Gran Turismo Sport 23 Feb 18 by Andrew Evans
Polyphony Digital boss Kazunori Yamauchi has revealed some interesting facts about the relationships between Gran Turismo and the car manufacturers who appear in the series. Speaking to Australian media in…

Gran Turismo Sport 560 Feb 17 by Andrew Evans
This week’s GT Sport Daily Races will take you to some tight and twisty real world circuits, in the UK and Japan. The UK’s representative is Brands Hatch for Race…