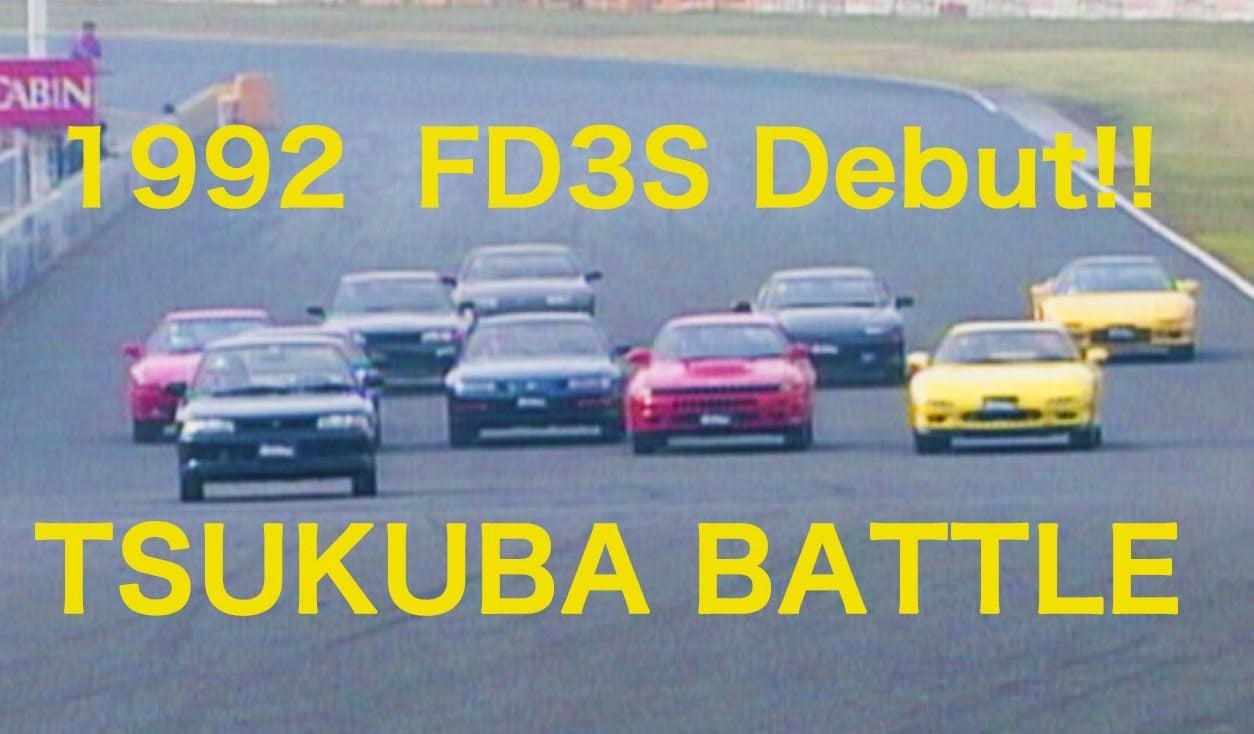 We’re sure many of you are anxiously awaiting the arrival of GT Sport on October 17. Trust us, we feel your pain and we’re right there with you. Thankfully, we searched the internet for remedies to help scratch the GT itch. Here are some videos from Best Motoring that we think embodies the spirit of GT through and through.

With a recommendation from member MatskiMonk, we bring you one of the most Gran Turismo videos of them all. This clip shows some of the most iconic ’90s-era Japanese cars duking it out around Tsukuba Circuit just like you’d expect to find in any GT game.

All our favorites are there, from the Honda NSX to the Mitsubishi GTO. There are even a few low-power cars included like the Honda Prelude and Toyota Celica. The only thing missing is Manic Street Preachers’ Everything Must Go blasting through the speakers.

Ultimately, in the end, the RX-7 takes the checkered flag. It’s the sort of finishing order you’d see way back in the Normal Car championship in the first Gran Turismo.

A staple of the Gran Turismo series all the way back to the first game is the inclusion of JGTC and Super GT cars. While this racing is still extremely popular in Japan, we still think its peak was in the late ’90s to early 2000s. All the best cars were out there on the grid and Best Motoring shows a great example of that.

There’s the Toyota Supra, decked out in Denso and Castrol liveries. The Honda NSX in famous schemes from Takata, Raybrig, and ARTA. Godzilla itself wearing sponsorship from Calsonic and Pennzoil. And who can forget the oddly placed McLaren F1 GTR?

Many American gamers didn’t even know what JGTC was prior to popping in Gran Turismo for the first time. Now it’s a series that pretty much all GT racers know well and many of the cars are instantly identifiable.

With the release of GT3, GTPlanet experienced a whole new sim racing subculture. Tuning cars to lap Grand Valley and Deep Forest Raceway as quickly as possible was now not the only thing racers did. Drifting spread through GTP and even gave rise to the first dedicated drifting forum of a GT release.

In honor of drifting’s contribution to the GT community, enjoy this video of a touge style battle. Many of the favorites of the sim drift community are there as well, including the Nissan 240SX, Toyota AE86, and Mazda MX-5.

We hope these few videos help tide you over until Gran Turismo Sport hits store shelves. In the meantime check out the discussion page and show off some videos you think show the spirit of Gran Turismo.