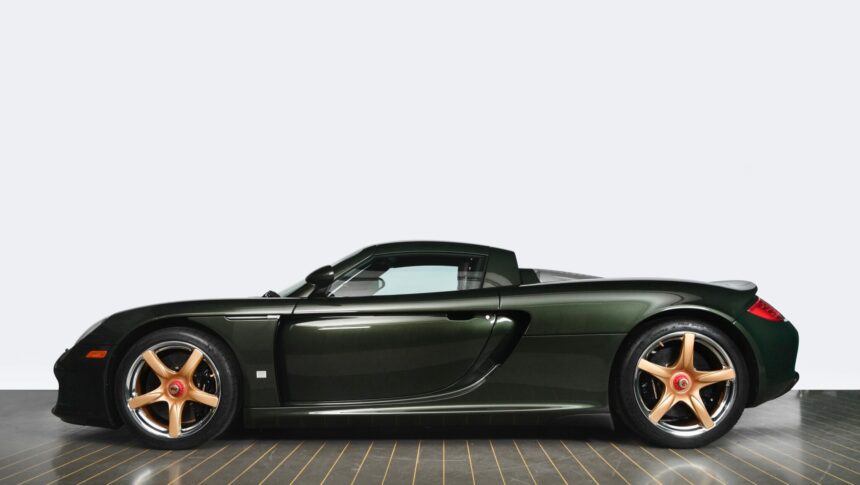 When you own the best, you only want the best to work on it. This is the mantra of one lucky Porsche Carrera GT owner who recently handed over their car to Porsche Classic. Now, after hundreds of hours, the Carrea GT is complete and frankly, it looks stunning.

To accomplish this full restoration, Porsche Classic disassembled the entire vehicle, right down to the monocoque chassis. After stripping the car, the next step was to go over each individual part with a fine tooth comb. Any component that did not meet a high-quality standard ended up refurbished or replaced.

As part of this step, every carbon fiber piece got a manual sanding along with a new coating too. While labor intensive, it shows the attention to detail Porsche Classics provided.

In addition to the components and body panels, the 5.7-liter V10 engine got a rebuild as well. This brought it back to the factory spec of 604hp and 435lbft of torque. 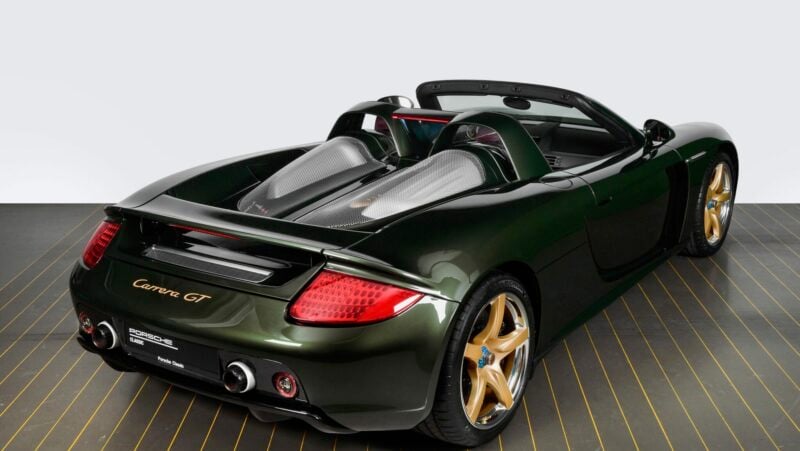 After reassembling the car, Porsche Classics then repainted the Carrera GT. However, the owner wanted something unique and not originally offered on the GT when it was new. To this end, the owner selected Oak Green Metallic, a color that has been around since the 1970s. It looks really good on the car too.

To complement the color, Porsche Classic also added gold touches throughout the car. This included things like badging and the intake housings.

The biggest gold addition though is the magnesium wheels. Instead of the standard silver, the owner instead wanted gold to match the rest of the car’s accents. They also wanted a polished lip too.

This lead to a bit of a problem. According to the Porsche R&D department in Weissach polishing magnesium weakens it. This meant Porsche Classic needed an unusual solution to give the customer what they wanted.

It ultimately landed on using the precious metal silver to coat the outer lip of the wheel. Then to prevent black tarnish, it coated it with lacquer. 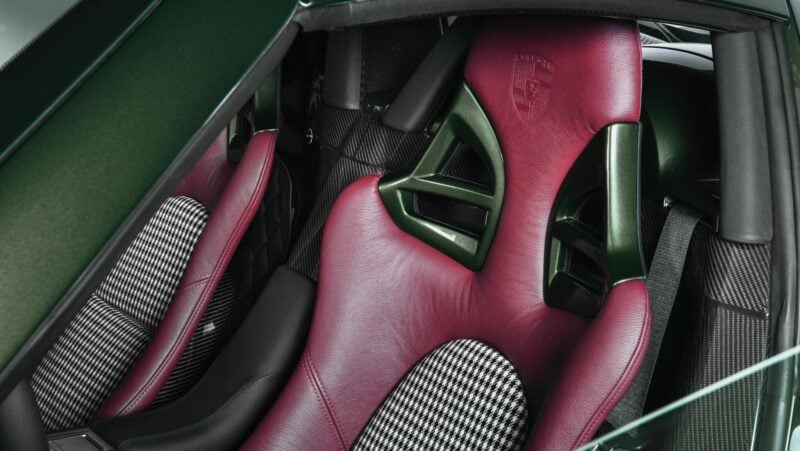 Finally, moving to the inside the owner added a few more personal touches. The carbon fiber seats were custom upholstered with mulberry leather and houndstooth inserts. It’s sort of an odd choice, but it works surprisingly well inside the Carrera GT.

There’s no word on how much the restoration cost. We assume it’s some staggering number that’s beyond belief. But having the absolute best of the best restore your car, it’s probably a price worth paying.

The car will make its way to its owner at a private event at the Porsche Cars North America in Atlanta, GA. There the owner along with 100 invited guests will get to see the Carrera GT in all its restored glory.