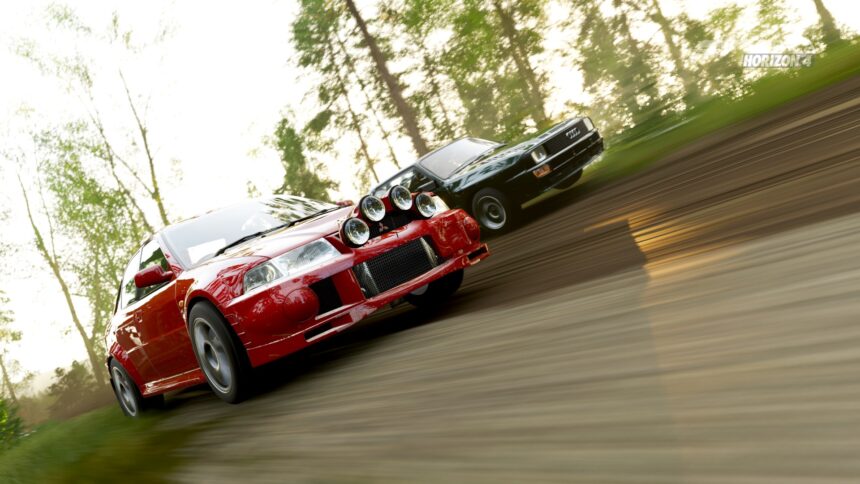 Summer has made its return this week in Forza Horizon 4. Series 15 kicks off this week, bringing fresh new content and new events. The theme for the next month centers on rivalries.

Accompanying the new season is a fresh Playlist update, with a quartet of new prizes for 50% and 80% completion. This week marks the long awaited return of a British-American oddball supercar.

It’s a busy week, so let’s dive in to see what’s in store. 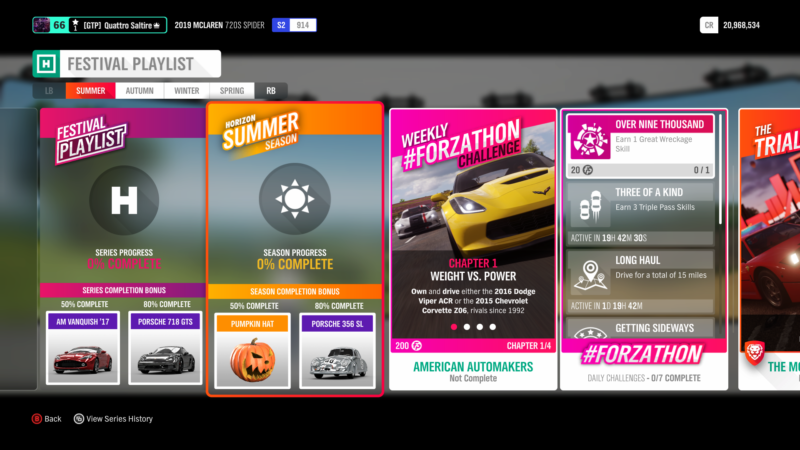 A pair of Porsches from different eras headline Playlist prizes this week. Leading the charge is the 1951 Porsche 356 SL.

Despite its humble appearance, the 356 marks Porsche’s first entry into racing. The 356 won its class at the 1951 Le Mans 24 Hours, beginning Stuttgart’s legacy in sportscars. With a 1.1-liter flat-four, the 356 makes a paltry 46hp, but a weight of just over 1,400lb means this little machine will fly through twisty roads.

Alongside it is the more modern Porsche 718 Cayman GTS. Sitting as a sweet spot in the Cayman range, the GTS features subtle performance upgrades against a standard Cayman S. Porsche has replaced the flat-six with a 2.5-liter turbocharged flat-four, producing 360hp. The GTS has the potential to be the best all-round sports car for racing across the UK.

The big prize this week is the Rossion Q1. This machine returns to the Forza franchise for the first time since Forza Motorsport 4. Based on the Noble M12, the Q1 combines light weight with aggressive performance. The 3.0-liter twin-turbocharged V6 puts out 453hp, in a package weighing just under 2,700lb. You can win the Rossion by completing the Summer Playground Games.

There’s also a new Summer Showcase Remix, starring the Ariel Nomad and a team of motocross bikes. Monthly Rivals has not one, but two trials. The stars this month are the Auto Union Type D and the Mercedes W154.

Battle of the Brands

The Trial: The Most Iconic Trio (Co-Op Championship) 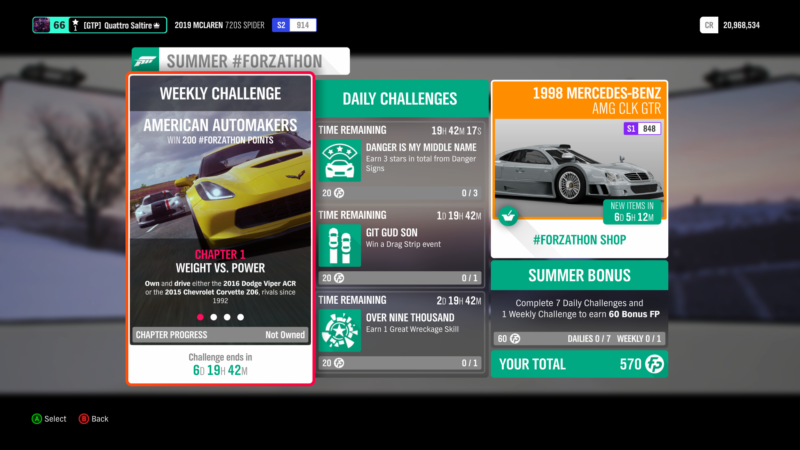 To celebrate the theme of rivalries, Forzathon looks at two great American rivals: the 2016 Dodge Viper ACR and the 2015 Chevrolet Corvette Z06. You’ll kick off the challenges by purchasing one of these behemoths.

Next up, head towards the drag strip and win 5 events with either of your cars. Afterwards, hit the streets and win 3 Street Scene events for the third objective. To finish things off, unleash your creative driving and earn a total of 500,000 Skill Score. 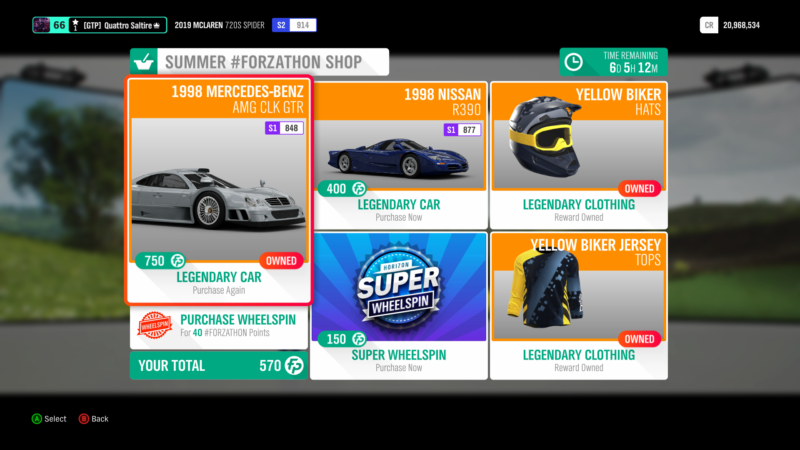 First up is the Mercedes CLK-GTR. Looking like it came straight from the track, this CLK just barely qualifies as a street car. Powered by a monstrous 6.9-liter V12, the CLK produces 620hp.

The Mercedes will set you back a cool 750 Forzathon Points. It will be a massive dent to your wallet, but it could save you splashing out in the Autoshow.

Alongside it is the Nissan R390. Unlike the Mercedes, Nissan only built one unit to homologate the GT1 racer adapting it to a long-tail version to reflect the race car in 1998. Sharing very little in common with any Nissan road car, the R390 packs a 3.5-liter twin-turbocharged V8 packing 550 horsepower.

At 400 FP, the Nissan is a cheaper proposition than the Merc, and will certainly be popular with players interested in rare Japanese unicorn machines.