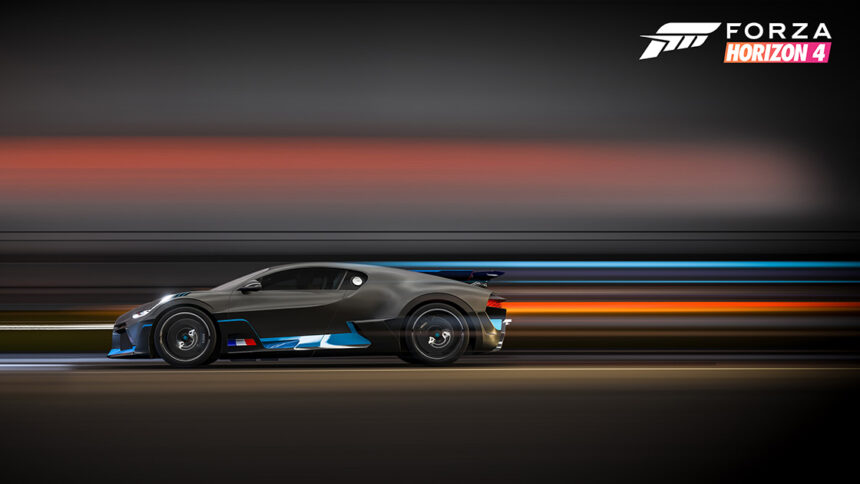 Halloween has arrived and Autumn has returned to Forza Horizon 4. The latest season offers up a spooky selection of new events, cars and Halloween themed cosmetics.

There’s a new Playlist update this week, with fresh prizes for 50% and 80% completion. A special Bugatti hypercar is the headline debut act. 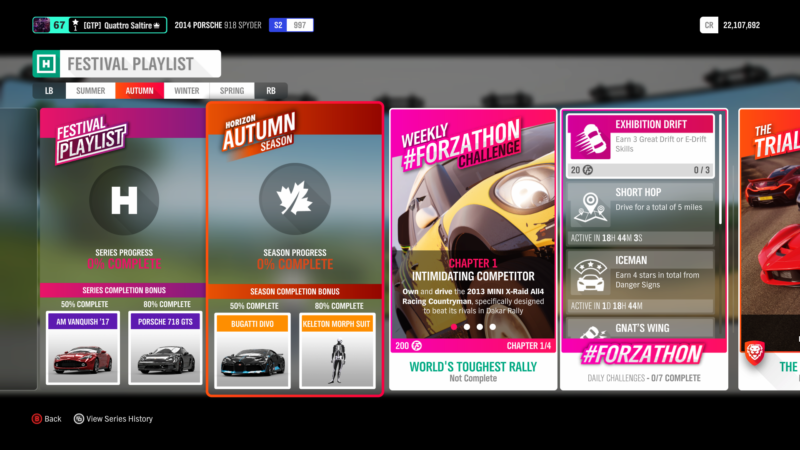 Divo Races to The Front

This week marks the debut of a new highly requested Bugatti hypercar.

The 2019 Bugatti Divo might look like a simply rebodied Chiron at first glance, but this machine hides a few more changes. The dramatic new body contributes to a 77lbs weight reduction and an increase in downforce over a standard Chiron. Power from the 8.0 liter quad turbocharged W16 remains at 1,479hp, which is more than enough for a car of this caliber.

A stand-out prize is the Rimac C_Two. This upstart hypercar is one of the most powerful street cars ever produced, but unlike many hypercars, the C_Two is all electric. The C_Two’s four electric motors produce a dizzying 1,900hp, so you’re going to need plenty of wide open road before unleashing all that power.

You can win the Rimac by completing this week’s Trial event: “The Holy Trinity”. Also up for grabs is a Skeleton Morph Suit to further add to your avatar wardrobe.

This week’s events and prizes are listed down below: 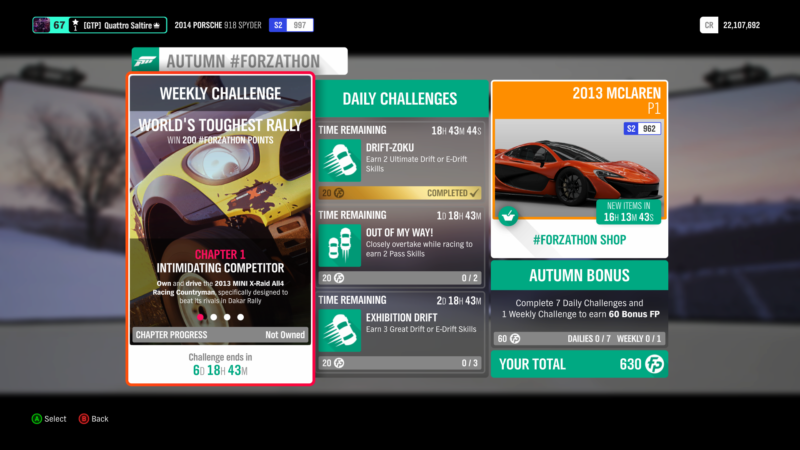 Forzathon turns to a Dakar winner this week, with the Mini X-Raid under the spotlight. Own and drive this extreme off-roader to get things started.

Next up, jump around and earn 3 Kangaroo Skills to demonstrate the X-Raid’s off-road capability. Unleash your most creative combos for the third objective, as you’ll need to earn an Ultimate Skill Chain.

Finally, take the X-Raid off to the races and win four Cross-Country Series events to wrap up this week’s challenges. 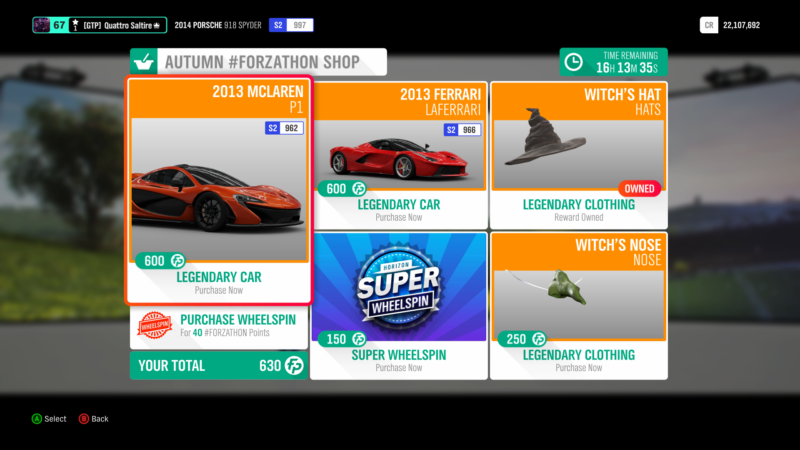 Two-thirds of the hypercar Holy Trinity are up for grabs in the shop this week. Both will come in handy for the Trial event this week.

The Mclaren P1 is Woking’s spiritual successor to the legendary F1. The P1 embraces Formula 1 technology by mating a 3.8 liter twin-turbocharged V8 to an energy recovery system. Total power output is 903hp, along with sophisticated active aerodynamics.

The Ferrari LaFerrari also embraces hybrid technology in a similar vein to the P1. The 6.3 liter V12 is paired to an energy recovery system to generate a total of 950 horsepower. Like the P1, the LaFerrari also used advanced active aero to put all that power to the road in the corners.

The Ferrari will also set you back 600 FP, making the optimal choice for the Trial much harder.