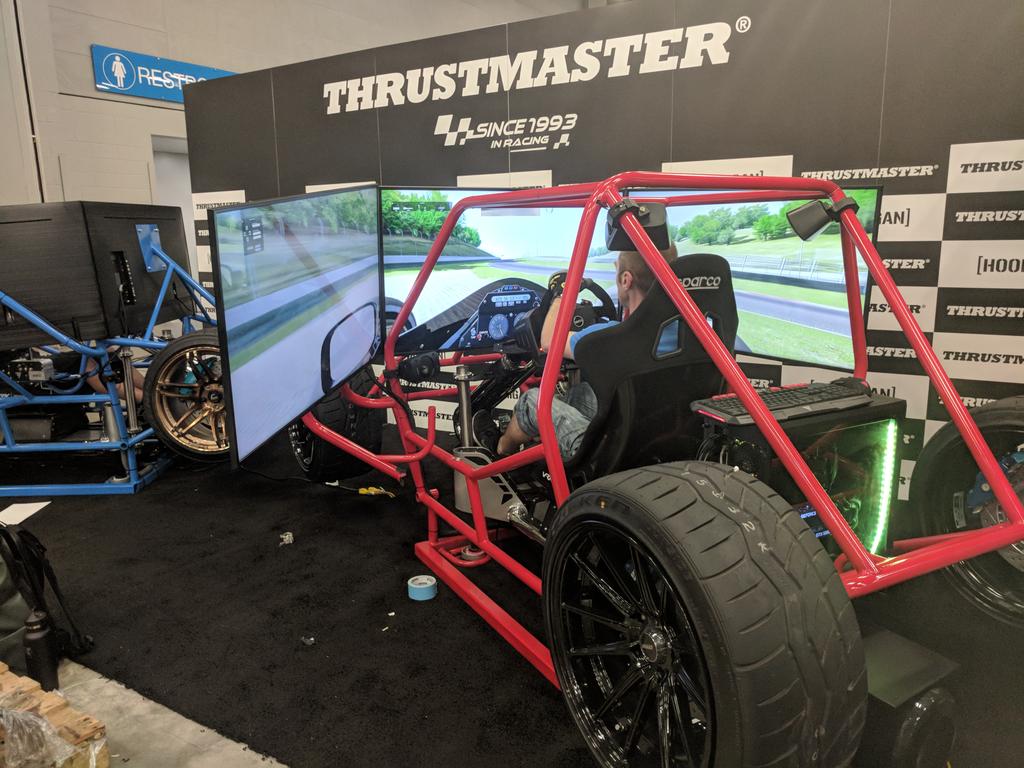 The team at Hoonigan has done it again. With the same sort of gloriously overkill approach that results in 1400hp Mustangs, the garage has teamed up with Thrustmaster to build a pair of serious sim racing rigs. Best of all, if you’re in Austin, Texas this weekend, you could take them for a test drive.

It all starts with a custom chassis, built in-house. From there, the Hoonigan crew hangs all manner of digital tastiness off the web of metal tubes. Thrustmaster provides all of the sim racing gear, with the TS-PC wheel taking center stage, flanked by a shifter and the TSS handbrake/sequential unit. Up front is a trio of 50″ 4K Samsung screens, providing a full field of view for lucky drivers.

All that sits on a VRX motion setup. And, like the best supercars, this package is mid-engined. That’s right, the computer — with a 12-core Intel processor and twin GTX 1080 Ti graphics cards — sits on its own dedicated tray right behind the seat. There are real brakes hiding behind those four wheels, too…

The rigs will play central roles in a new Hoonigan YouTube series called “Hoonigan Players Club”. Hert Eugene Jr. — he of Twerkstallion fame, one of the brand’s cars to appear in Forza — will be the host. The third episode just went live yesterday, and you can check out the first one below:

Hoonigan and Thrustmaster have brought the rigs to RTX Austin this weekend. “One of the biggest nerdfests of all time”, as Hert himself proudly calls it, certainly seems like a great place to debut these bad boys. He’ll be facing off against the Rooster Teeth crew in a variety of challenges.

From the looks of it, the team is running a multitude of games on the setup, like Assetto Corsa and Forza Motorsport 7. Thrustmaster has also brought some rigs of its own, and we’ve already spotted GT Academy champ Nick McMillen logging some hours in GT Sport.

RTX Austin runs until Sunday, August 5. Keep an eye on the Hoonigan YouTube channel for more Players Club content, including fan responses from these wild rigs.

In related Thrustmaster news, you can check out two of our recent reviews of the company’s products: the BT LED display and the top-of-the-line T-GT wheel. 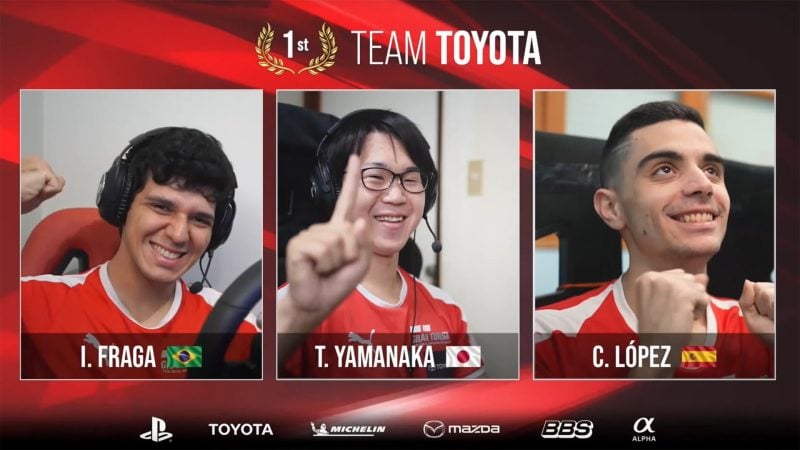 A day after confirming what we all expected — Deep Forest Raceway is returning to the Gran Turismo series in GT7 — Polyphony Digital has shown off a 4K cockpit video of the new track, revealing the changes to the circuit... 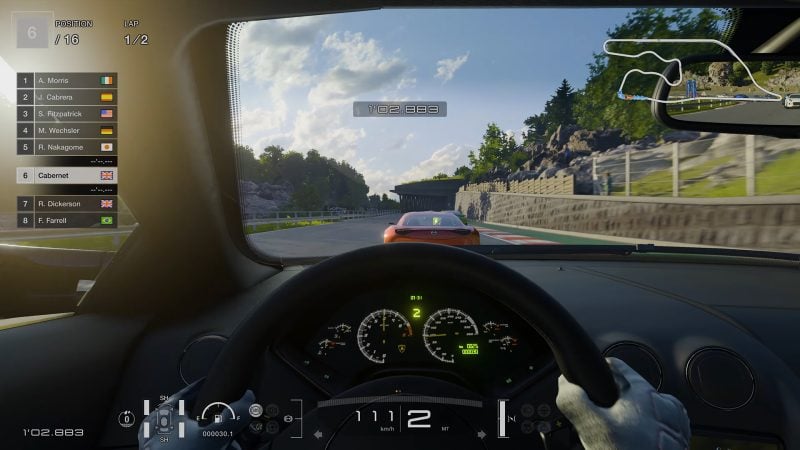