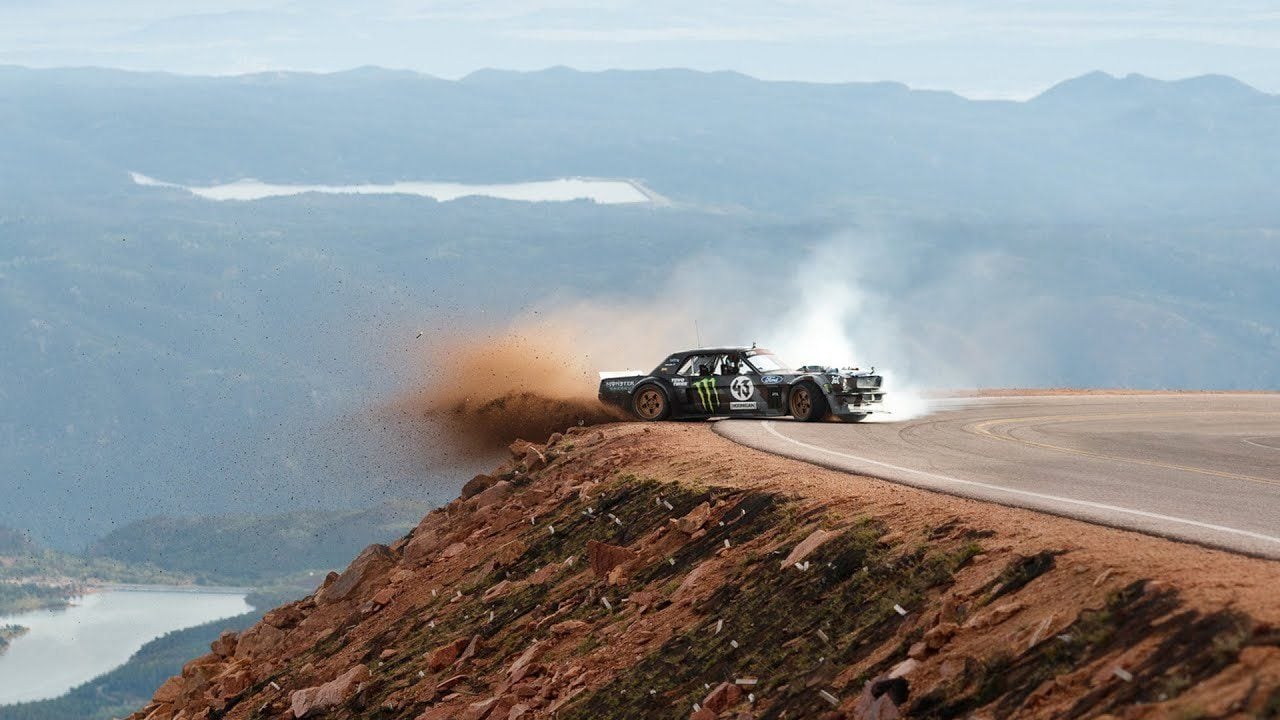 Once again Ken Block is back for one of his hooning videos, this time on asphalt after last month’s Terrakhana. With partnership from Toyo Tires, Block hits the famous Pikes Peak Hillclimb course in what he’s calling Climbkhana.

Climbkhana is also the gymkhana debut of Block’s reworked Hoonicorn. Originally built by Autosport Dynamics, the Hoonicorn is really only a 1965 Mustang in image only. Think of it as a NASCAR without any design limits.

The V2 model takes the 845hp, 6.7-liter Roush Yates V8 engine from the V1 and cranks the dial to 11. Now running on methanol and sporting two massive turbos sticking out of the hood, the car is insanely quick. At 21 pounds of boost, the Hoonicorn V2 delivers 1,400hp to all four tires.

According to Hoonigan, Block describes the car as the scariest thing he’s ever driven. Given the sheer madness of it, we don’t doubt him for a second.

Given Block’s “just ain’t care” attitude, it makes sense that he would take this handful of a car up a fairly dangerous road. With 156 corners over 12.42 miles, the road is a challenge for even skillful drivers. Also with a maximum 10.5% grade and an average 7% grade climb to 14,115 feet, it definitely tests the car too.

Climbkhana is vintage Block with donuts and tire smoke at every opportunity. However, there’s less action than previous gymkhana films. There’s no jumps or “death-defying” stunt, however with some clever editing he does get fairly close to the edge. A million practice runs probably don’t hurt either.

It appears Block may have also upset his wife, Lucy, a bit. In a text conversation posted to Facebook a few days ago, it shows his wife wasn’t down with his antics. Guess he hasn’t heard the saying “happy wife, happy life” before. 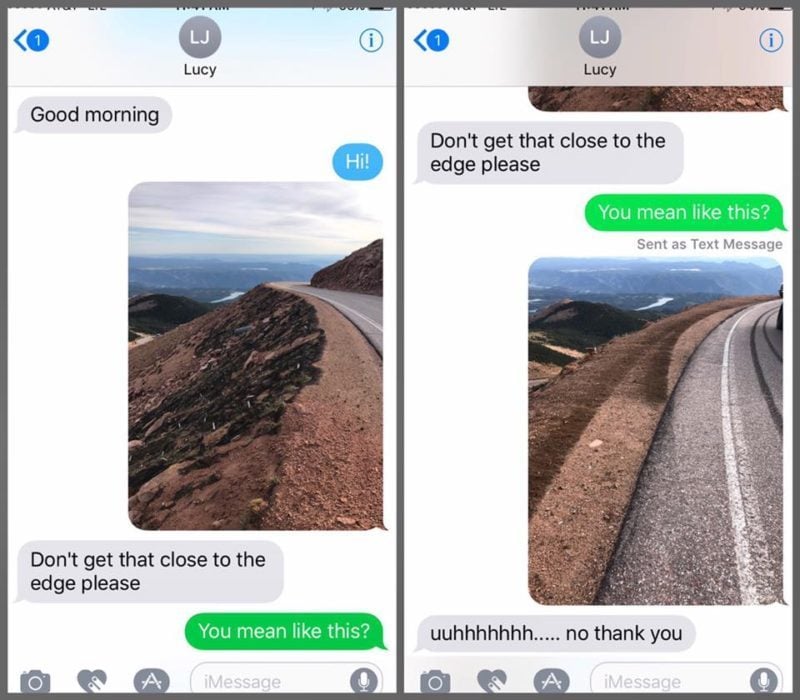 If you fancy a run-up Pikes Peak yourself, the road is typically open year round. It does close when the weather turns snowy though. It’s best to check conditions before venturing out. The cost is $15 per person and takes around three hours to drive up and down the mountain.

One thing to note is that your brakes need to be in order before attempting the climb. There is a brake check station on the mountain — which Block thoughtfully stops at — to ensure you aren’t overheating your rotors.

If you do decide to take the trip, we just ask that you don’t drive like this. It’s a really long way down.

If you want to try the Hoonicorn V2 for yourself, thankfully Turn 10 has you covered. With the latest DLC for Forza Horizon 3 and a pre-order bonus for Forza Motorsport 7, you can pretend you’re Block until your heart’s content.

Also, if you think you can tame the epic hill climb, the Pikes Peak Hillclimb route will hopefully be included in Gran Turismo at some point. However, with the Hoonigan content likely a Forza exclusive you’ll have to pick out another car to make the climb with.

Andrew Evans · Sep 26, 2017· Comments
The LEGO Group has announced the new sets it will produce for the 2023 Speed Champions range, revealing the McLaren Vision Gran Turismo-inspired Solus among the five sets on offer.