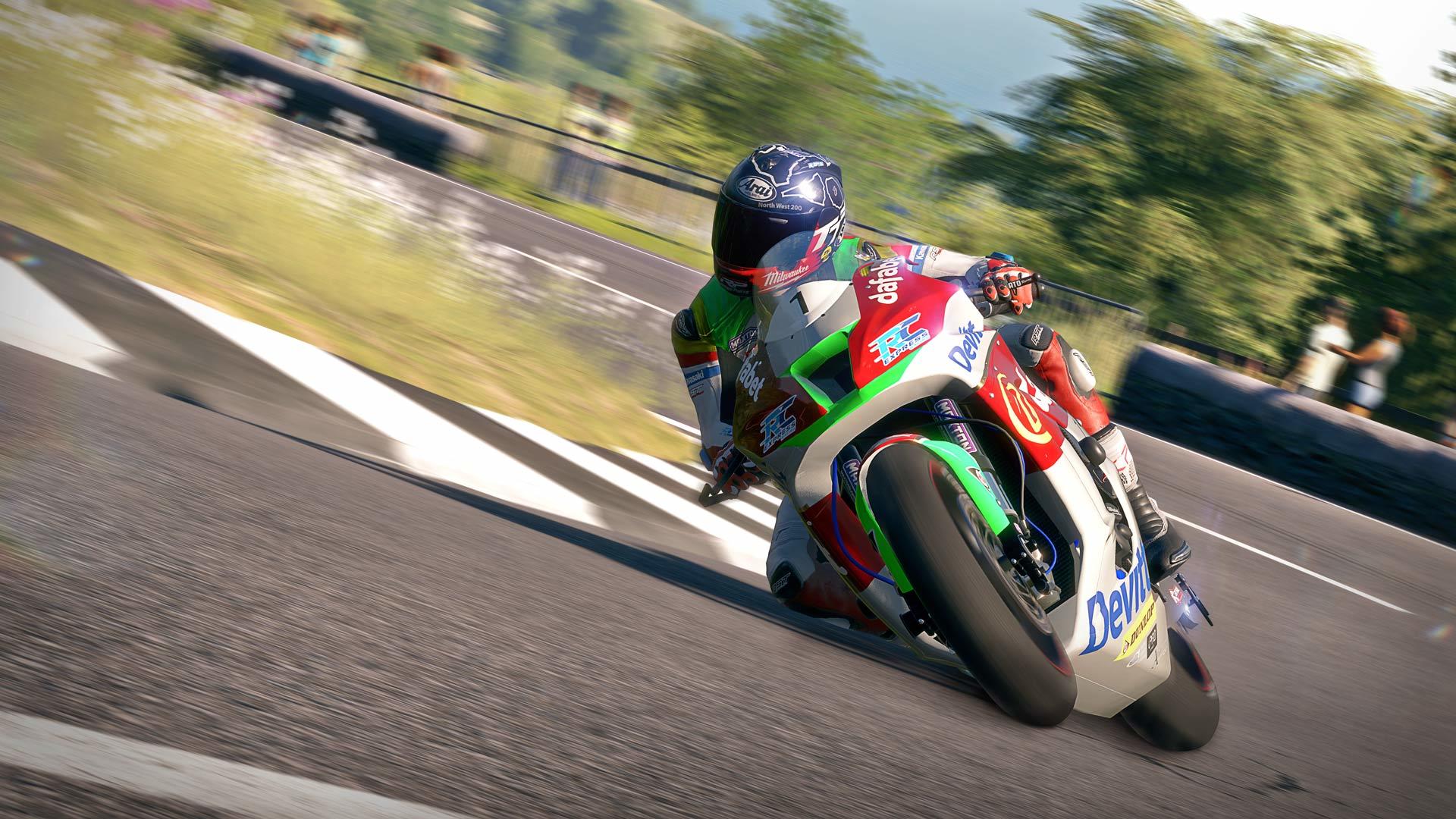 Kylotonn Games’ latest racing title TT Isle of Man : Ride on The Edge is now out in the wild. Following a delay in 2017, players will finally be able to take on the famous time trial circuit in all its current generation glory.

Featuring 38 bikes, 24 riders and 10 different tracks, Ride on The Edge is the only option for those looking to take on the famous Isle of Man TT circuit. The 37.73-mile track is the ultimate challenge for motorbike enthusiasts and Kylotonn has aimed to nail every aspect of the circuit. As shown in previous developer diaries, the developer has went to extensive lengths in trying to recreate the track. Now it’s up to players to make a verdict on how the finished product has turned out.

Alongside a career mode, Ride on The Edge also includes online play with support for up to eight players. A trailer was released just last week showing this in action if you’re curious on how it looks. We imagine online play will be reasonably popular with motorbike enthusiasts who want to prove their Isle of Man prowess.

TT Isle of Man: Ride on The Edge is available now on PlayStation 4 and Xbox One. Let us know your thoughts and impressions in the comments below.

Andrew Evans · Mar 6, 2018· Comments
An announcement on the PlayStation Blog Japan has revealed that Gran Turismo 7 will be one of the games available in a special PlayStation VR2 event in Tokyo next month.

Gary Slater · Mar 6, 2018· Comments
January may be in the closing stretches, but Winter has returned for another round in Forza Horizon 4. Through the blizzards and the snow drifts, everyone at the UK festival continues to battle through the elements in order to seek out the latest events.

Andrew Evans · Mar 6, 2018· Comments
Playground Games has previewed the next Series of Forza Horizon 5 — Japanese Automotive — in its latest Let’s Go stream, revealing what people will be doing, building, and winning when it gets underway on February 2.

Michael Leary · Mar 6, 2018· Comments
Although Playground Games has yet to announce the Forza Horizon 5 Series 17 update, it’s already confirmed that Series 18 will feature a tribute to the late Ken Block.

Andrew Evans · Mar 6, 2018· Comments
Quirky rally title art of rally is now available as a physical, boxed title for PlayStation 4, PlayStation 5, and Nintendo Switch owners, with some cool bonuses for buyers of either the base version or Collector’s Edition.