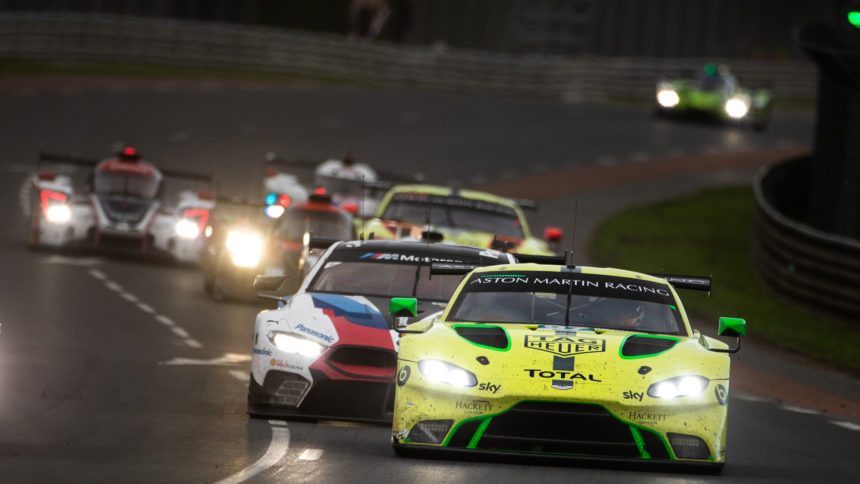 We Explore the Question: “What Is the Longest Automotive Endurance Race?”

The 2018 24 Hours of Spa is happening right now. Last month, Toyota won the 24 Hours of Le Mans. These twice-around-the-clock races are a spectacle, of this there is no doubt, but has there ever been anything longer?

That was the question posed by GTPlanet community member Naveek Darkroom. Since we didn’t know either, it presented the perfect opportunity for this very article.

First up, we will look at the longest race in terms of continuous time. The winner by a country mile is the 1971 Marathon de la Route which took place at the Nürburgring over the course of 96 hours.

Yes, you read that correctly. That’s four days of consecutive racing around the 14.2 mile Nordschleife.

Information on the race is surprisingly scant. However, we did find that it came about as a replacement for the Liége-Rome-Liége Rally.

According to touringcarracing.net, the race was made up of 39 cars, each with three drivers. Over the course of the four-day event over half the field retired too, leaving just 16 cars at the finish.

Unfortunately, 1971 was the last year for the event. Of course, endurance racing still lives on at the ‘Ring with the 24 Hours of Nürburgring.

If you want a peek at what the race was like, you can check out the video below:

While the Marathon de la Route is impressive, it pales in comparison to the longest non-continuous race. This honor goes to the Around The World In 80 Days Motor Challenge.

As you’d expect, this race took drivers around the entire globe. Naturally, this wasn’t a door-to-door all-out sprint race. Instead, it was a time-speed-distance event that had drivers follow a route on public roads.

The field of cars was pretty unique too. Made up of primarily classic cars, the 48 teams drove everything from a 1965 Ford Mustang to a 1959 Mercedes-Benz 220S.

Over the course of 80 days, the competitors set off from London’s Tower Bridge. From there, they made their way through Europe and into Asia via Turkey. Once in Beijing, the vehicles hopped a plane to Anchorage, Alaska. For the next 28 day, they toured the US and Canada before ending up in Newark, New Jersey.

Once in Newark, the vehicles took another plane ride to Marrakech, Morocco. This set in motion the final leg of the race. The drivers went through Morocco, across the Strait of Gibraltar, and into Spain. Finally, they set out back across France and ended right where they started 80 days earlier.

The winner of the event? A 1968 Hillman Hunter.

The odd thing? You won’t find this in any record books. Out of respect for the London to Sydney Rally held in 1977, the organizers never sought the record. But thanks to some very old websites and the book A Lap of the Globe by Kevin Clemens, the race still lives on.

You can watch more about the Around The World In 80 Days Motor Challenge below:

Nowadays, there are other around the world rallies. Probably the most successful of these is the 80edays Rally. For this event, 14 teams take an electric car (mostly the Tesla Model S) and drive around the globe on a 20,000km route. The event started in 2012 and is on course to run every four years.

So there you have it, the answer to the question if there is a longer endurance race than 24 or 25 hours. Know of another race? Head over to the forums and let us know!

Automotive News 92 Oct 20 by Andrew Evans
Bugatti may have been knocked out of the history books yesterday, but that’s not going to stop the brand which produces some of the fastest, most expensive luxury cars ever…

Automotive News 48 Oct 19 by Andrew Evans
The chase for the fastest ever production car just got a lot spicier as SSC has recaptured the crown it lost in 2010. In regaining the record, SSC has also…