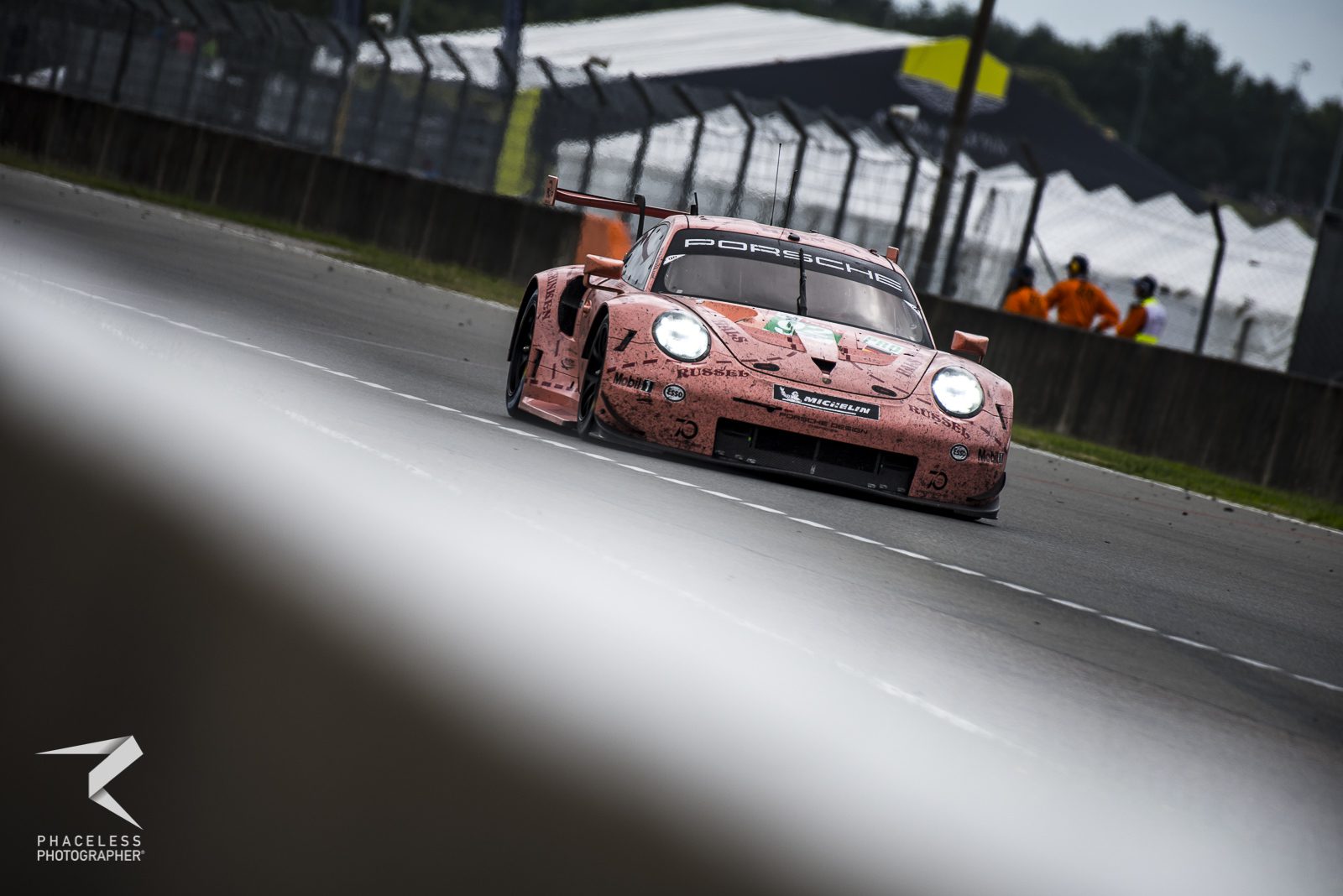 After the mayhem of recent years, endurance racing fans may have been crying out for a normal race. It’s not good for the heart to run at 130bpm for a full day, after all.

Normal or not, whatever happened at the 24 Hours of Le Mans this year, there’d be a new name on the trophy.

With Peugeot, Audi, Nissan and Porsche all leaving in the last seven years, just one brand remained. Although Toyota had the only hybrid-powered LMP1, five other private manufacturers joined it, with conventional petrol engines.

This guaranteed a first time winner, regardless of which LMP1 crossed the line first. Or, for that matter, even if none of them did, given the events of the race no-one wanted to win in 2017.

However, the dice seemed loaded in Toyota’s favor from the start. The Equivalence of Technology (EOT) regulations, originally intended to balance the different engine tech in LMP1, appeared to give the TS050 a theoretical advantage in both outright lap time and stint lengths.

Pace hasn’t been Toyota’s enemy at Le Mans though, and with only two cars, the brand would not have been completely confident of victory.

Any confidence Toyota had may have drained away at the very first corner. Andre Lotterer, driving the leading non-hybrid LMP1 Rebellion #1, made an enthusiastic error.

Trying to get between the Toyotas, Lotterer ended up clipping the rear of the #8 car. This sent him out onto the curbs to the left. Unable to slow the car properly, he collided with the LMP1 DragonSpeed car. That finished the job on his crumpled nose cone, taking it clean off and may have set nerves on edge in the Toyota garages.

Fortunately this did not set the tone for the race. Indeed it took until the fifth hour for another significant car-to-car contact. Sadly, this saw the end of the ByKolles LMP1’s challenge, and the race’s first retirement.

Entering the Porsche Curves, Dominik Kraihamer came door-to-door with the #80 Ebimotors Porsche. This took off the #4 LMP1’s rear wing and sent Kraihamer into the right-hand barriers. The team had struggled to get the #4 going on the formation lap, so it was a particularly disappointing outcome.

During all of this, the two Toyotas had scampered off into a huge lead. Although separated by just half a second, the duo was a lap up on the rest.

The next LMP1 drama came at nightfall. Matevos Isaakyan dropped his SMP Racing car entering the Porsche Curves, while leading the non-hybrid LMP1s. In some heartbreaking scenes reminiscent of the DeltaWing in 2012, Isaakyan tried his hardest to get the car going again — with the help of his in-car toolkit and the pit crew on the phone — but had to retire the car.

By the time the tenth hour broke, just the two Toyotas and two Rebellions remained in contention for LMP1. Along with the collisions, a number of reliability issues trimmed the fat, but Toyota was not without its own issues. Car #8 served a minute’s stop-go penalty for Sebastien Buemi speeding in a slow zone.

With two minutes now between the two cars, it was time for a quadruple stint from man of the hour Fernando Alonso. His efforts brought the cars back almost to parity, and Kazuki Nakajima passed countryman Kamui Kobayashi on the next stint to put the #8 back in the lead.

Gradually the race tilted into the #8’s favor. Kobayashi missed a pit box call and had to tour half a lap at 50mph on his pitlane limiter to conserve fuel. This won him a 10-second stop-go penalty for exceeding stint lengths, and put him nearly a lap behind the sister Toyota.

As the 24th hour dawned, Jenson Button had to retire his own LMP1 entry with engine trouble. This left just five cars from the original ten.

Finally, after 20 years of waiting, and five times as bridesmaid, a Toyota crossed the finish line in first. The #8 car, driven by Nakajima — appropriate revenge for 2016’s awful beyond last-second failure — took the checkered flag, followed home by the #7, two laps behind.

After nearly taking an overall win in 2017’s bizarre race, it was back to normal in LMP2.

In fact the victory for the #26 G-Drive car was almost as straightforward as Toyota’s in LMP1. Although he fell back in the opening tussles, Jean-Eric Vergne soon got the car to the front of the pack. He came out of the first round of pit stops with a five-second lead, and the team never relinquished it.

If anything qualifies as a perfect race, the #26 had one. The car ran like clockwork, avoiding any incidents, to set a distance record for the class at 369 laps. This put the car two laps ahead of the #36 Signatech-Alpine — and would have won the race outright in 2017!

Rounding out the LMP2 podium, one lap further back, was the #39 Graff-So24 Oreca.

The GTE category belonged to Porsche, taking both Pro and Am victories.

Porsche’s celebratory liveries, marking its 70th anniversary, proved both the most eye-catching and the fastest in the field. Leading everyone home was the “Pink Pig” 911 RSR of Michael Christensen, Kevin Estre and Laurens Vanthoor, finishing 344 laps.

Following the Pink Pig home was Porsche’s other retro-liveried car. This was involved in one of the race’s biggest talking points, during a lap-long battle with the Ford GT of Sebastien Bourdais.

The late-race scrap saw Porsche driver Fred Makowiecki vigorously defend his position from Bourdais’ Ford. The two cars came remarkably close to contact on a couple of occasions, most notably as Makowiecki closed off Bourdais as the Ford started to overlap.

Although the stewards investigated the incident, they took no further action. Bourdais was furious, commenting:

“There’s a few things I don’t find acceptable, first of all the BoP, which is clearly completely messed up, and second of all that these kinds of manoeuvres are allowed and the race control doesn’t say anything.

“I’m like, ‘OK, well they like the show, great’. So when do we say stop, when a car ends up in the trees? I don’t understand, and I hope Fred is not very proud of himself because it was some very very poor standards for a professional driver.”

The #77 Dempsey-Proton Porsche 911 took the GTE Am category, in similar circumstances. This car took the lead in the third hour and never relinquished it. This left the #54 Spirit of Race Ferrari 488 to take second spot, jumping past the #85 Keating 488 when Ben Keating met a Mulsanne gravel trap in the 22nd hour.