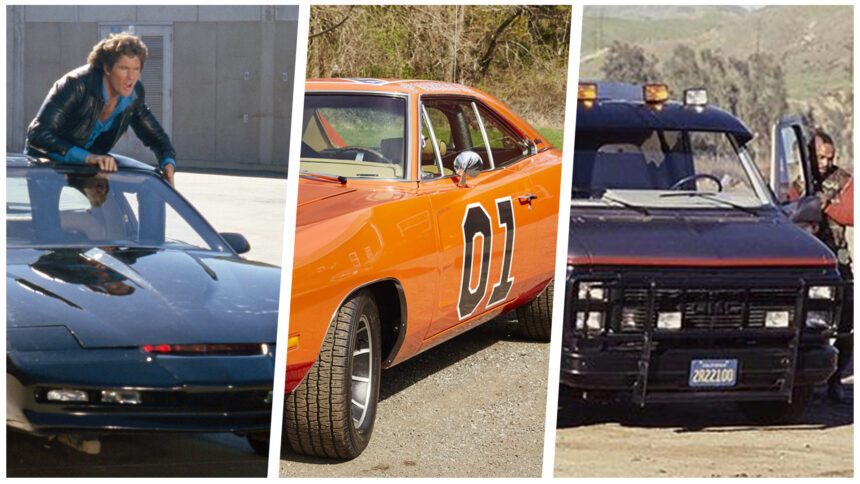 What’s the Greatest Ever TV Car? Have Your Say in Our World Cup of TV Cars!

A little while ago, we wondered what the greatest ever movie car was. It came off the back of an odd poll in a press release from Hyundai and we figured we could do better. GTPlanet users picked their favorites and voted for a final 32, which went to a series of Twitter votes which we called The World Cup of Movie Cars.

Ultimately the result didn’t come as a surprise, although there were a few shocks along the way. However, a few people asked about cars from the small screen, so we’re bringing it back for round two: The World Cup of TV Cars.

The format is the essentially the same. GTPlanet’s members have already picked the cars they think deserve to be on the shortlist, which could be anything from any TV show — whether live action or animated — so long as you could drive it on a regular car license. Our users then voted on this big list of over 60 cars to whittle it down to just 32.

There’s a pretty eclectic mix in the final too. As well as the cars you might expect — see our header image above — things like Dick Dastardly’s “Mean Machine” from Wacky Races, the Winchesters’ Impala from Supernatural, and three vehicles from The Simpsons all make the final 32.

Now comes the public vote. We’ve seeded the cars according to how GTPlanet’s members ranked them, and assigned the cars (and vans) into eight groups of four. These will go on to Twitter, for our followers and the general public to vote on. The best two in each group advance into a pre-determined knock-out stage, with four rounds of head-to-heads to pick one winning car.

All you need to vote is a Twitter account. You’ll be able to see each poll — and we’ll be running two a day — by clicking on the Tweet below, but also in the comments thread, where we’ll be detailing each car and why it’s significant.

May the best car win!

Over the next two weeks we'll be running a series of Twitter polls to answer that age old question: what's the best car in TV history?https://t.co/M3VNq8Oqi0

Automotive News 22 Oct 19 by Andrew Evans
The chase for the fastest ever production car just got a lot spicier as SSC has recaptured the crown it lost in 2010. In regaining the record, SSC has also…