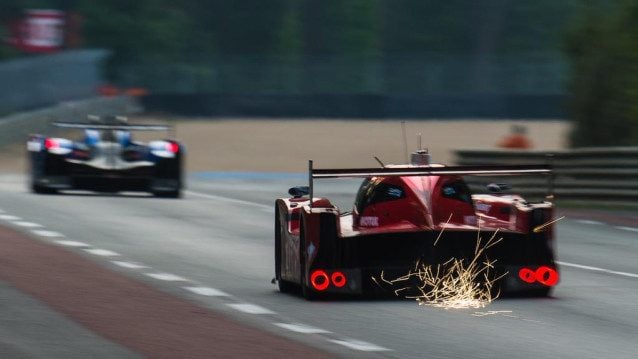 It’s arguably the biggest event in world motorsport and forms one corner of the coveted Triple Crown – and once again, there’s a significant GT Academy presence as the 24 Heures du Mans enters its 83rd race.

For fans of the GT Academy program, all eyes will be on the sharp end as three of the winners – Jann Mardenborough, Lucas Ordonez and Mark Shulzhitskiy – find themselves driving in the top LMP1 category in Nissan’s radical front-engine, front-wheel drive GT-R LM. 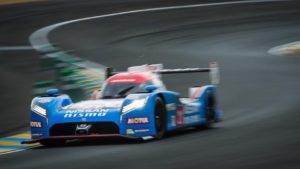 It’s unlikely that the NISMO Athletes will be challenging for the overall win though. The Nissans have had very little running prior to the event and have only turned in racing laps in the Le Mans Test Day in May and the three qualifying sessions held on Wednesday and Thursday. To compound this relative lack of track time, issues with the hybrid power system have meant that the car was first moved from the top 8MJ class to the 2MJ class and will now in fact race without any electric assistance whatsoever – relying wholly on the ~500hp 3.0 V6 in the nose, some distance shy of its 1,000hp+ rivals.

Nevertheless, the three cars have qualified roughly in line with the ambitions set by NISMO head Darren Cox of hanging onto the tail end of the rest of LMP1. The best placed car was the #22 of Alex Buncombe, Harry Tinckell and Michael Krumm in 11th, with a 3’36.995 time that would just be good enough to secure gold in the GT Academy final qualifying round this year! The #23 and retro-liveried #21 were 13th and 14th respectively – though the #21 car saw the 5th best trap speed of any car on the grid at 337km/h (209.4mph). With Neel Jani setting a qualifying record 3’16.887 pole lap though, the three cars face a grid penalty for falling outside the 110% maximum permitted margin and will start behind the entire LMP pack in 30th, 31st and 32nd. 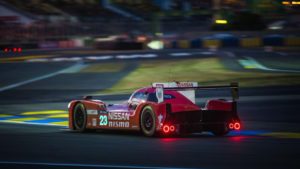 Also racing this year is 2014 GT Academy winner Gaetan Paletou, who’s gone from PlayStation to LMP2 in just 10 months – beating the records set by Lucas, Jann and Jordan Tresson. He’ll be occupying a familiar position in the #41 Greaves Motorsport LMP2 car, and the team has qualified 9th in class.

For those members not able to attend, the following resources are available to keep up to date with the event:

To get you in the mood for the race, Nissan has released this video of a lap of the Circuit de la Sarthe in a Nissan GT-R, with a neat 360 degree camera effect if you watch it on the Youtube app on an iOS or Android device, or Chrome on your desktop:

GTPlanet wishes the NISMO Athletes and every other driver the very best fortune and a safe race this weekend!