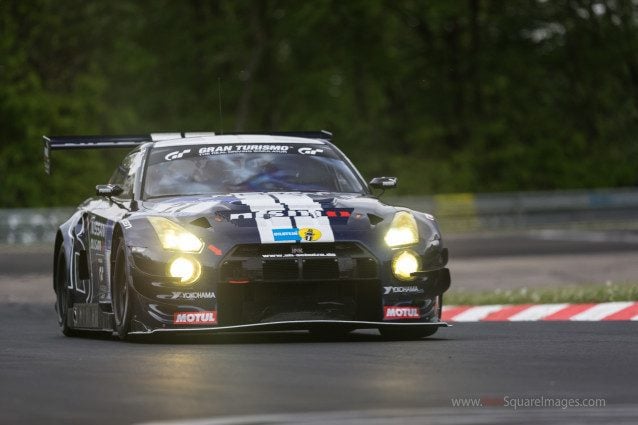 We’re now well into the endurance racing season and one of the most challenging is upon us again with the 2015 Nürburgring 24 hours.

Things haven’t gone entirely to plan for either the GT Academy team or the race itself this year, with an incident at a warm-up race earlier in the season leading to a rejig of the driver line-ups and a change in the rulebook to slow the cars down to prevent a repeat. Nevertheless, there’s still two Nissan GT-Rs waving the GT Academy flag for us this weekend. 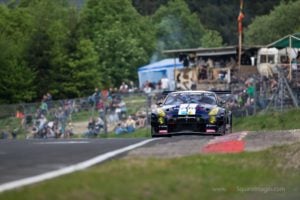 Leading a charge for overall honours is the all-black #35 GT-R, driven by former GT1 world champion Michael Krumm, Super GT driver Kazuki Hoshino, GT Academy lynchpin Alex Buncombe and the original GT Academy winner Lucas Ordonez. However, this car has not qualified inside the top 30 after having both qualifying laps deleted for exceeding the new track speed limits, so it’s going to be something of a battle for them early on in the race.

The second GT-R is the now-traditional Schulze Motorsport car, also running in the top SP9 class. Tobias and Michael Schulze will again be driving this #21 GT-R, this year joined by 2010 GT Academy winner Jordan Tresson and the 2012 German GT Academy winner Florian Strauss.

Though all the focus may be on Germany this week, other NISMO athletes are busy elsewhere, with Gaetan Paletou and Sir Chris Hoy taking on the ELMS round at Imola in their LMP3 Ginetta-Nissans. That will be a 4 hour race tomorrow, ending 2 hours after the N24 – so there’s plenty of time to catch up if you still have the energy!