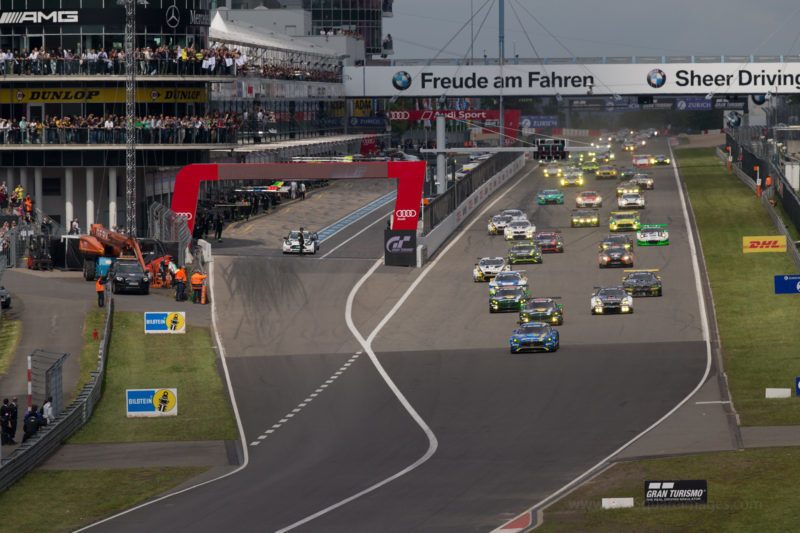 Often heralded as one of the most hectic motorsports weekends of the the year, the last weekend of May is packed. Starring the Indy 500, Monaco GP and the 24 Hours of Nürburgring, this year is no different.

Kicking it all off is the 45th running of the 24 Hours of Nürburgring. Starting this Saturday morning, featuring everything from factory-backed efforts to more curious entries, its already shaping up well.

34 of the 161 total entries come under the SP9 class, consisting of GT3 cars. A hot rivalry boils within this class as the high-ranking GT3 factories go head to head. Featuring manufacturers such as Mercedes, BMW, Audi, Porsche, Bentley, Lamborghini and Ferrari, there’s a lot at stake.

Mercedes enters the race as the crowd favorite, after a complete podium lock-out last year. Reliability is the name of the game here, as Mercedes looks to keep last year’s form.

Meanwhile, BMW is looking for domination via numbers, with ten cars entered within SP9. After brief stints in the lead last year before having to drop back, the Bavarian company is looking to repeat its Spa 24 Hour success at the Green Hell.

After winning the qualification race for the event, hopes are very high for Audi. Following a massive shake up of its motorsports program, the GT3 arm is sending a six car squad. Though, after numerous reliability problems, concerns have been raised as to whether teams will reach the distance.

Also hoping to maintain a winning streak is Porsche, with a double win in VLN 1 and 2, and a second in the qualification race. Bentley are also looking very strong. With second and fourth place finishes within VLN 1 and 2, the big Continentals are shaping up as key players in the final outcome.

Ferrari, another established manufacturer within the endurance world, is also back. While the Italian outfit is yet to win a race, stranger things have happened in the depths of these mountains. 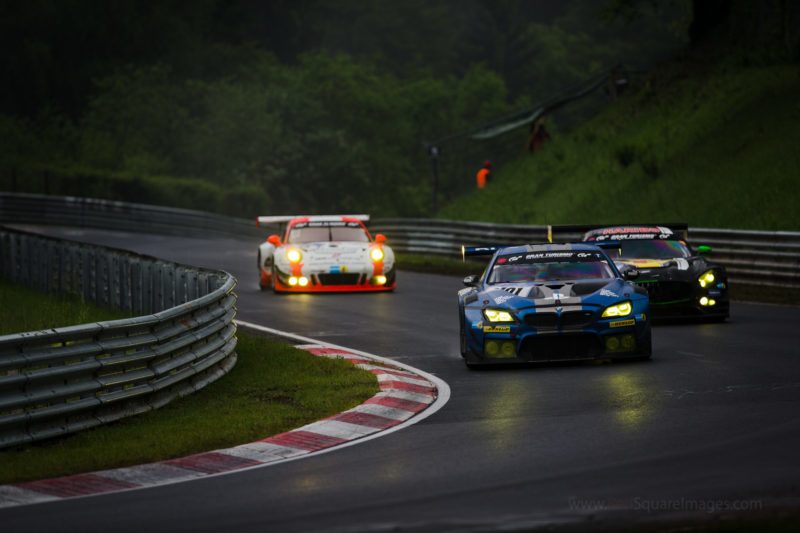 Joining Ferrari with a one-car GT3 entry is Lamborghini. There is a lot to prove for the Huracan GT3, with no major endurance races so far, and numerous reliability issues. Nevertheless, its speed should see it holding its own at the Green Hell.

Battling amongst the herd of GT3 cars are the rather extreme SPX-class Glickenhaus SCG 003Cs and Renault R.S.01; cars definitely to look out for as the race progresses. With designs unlike the rest of the field, they are a good indication as to what we might see in the future.

Excited? Good! Along with a host of on-board cameras, the official Nürburgring website provides the official live stream and live timing for the event, which should be more than enough to keep tabs on what unfolds. As always, the forums are the place to be to discuss with other users.

Best of luck to the competitors!

Andrew Evans · May 27, 2017· Comments
For the fourth event in a row, a team of sim racers has beaten professional racing drivers at the showpiece Race of Champions (ROC) — this time going one step further and winning an entire knockout match against the pros.

Andrew Evans · May 27, 2017· Comments
Formula One has confirmed that 2023 World Championship will run over a record 23 events, with racing to resume on the weekend of March 5.

Andrew Evans · May 27, 2017· Comments
Super Formula, the top tier open-wheel racing category in Japan, has announced that Igor Fraga will be the brand’s “e-motorsports ambassador”.

Andrew Evans · May 27, 2017· Comments
The most famous 24-hour race in the world is back, for its 90th running, just 10 months on from its last event as it returns to its normal spot on the calendar.

Andrew Evans · May 27, 2017· Comments
Netflix has confirmed that Drive to Survive, its fly-on-the-wall docu-drama series following the world of Formula One behind the scenes, will return to the streaming service on March 11.

Andrew Evans · May 27, 2017· Comments
Venture capital concern ROKiT has teamed up with Sector3 Studios, developer of the RaceRoom Racing Experience sim, to create a new esports competition for teenagers with a very special prize: a season-long contract to race in Formula 4.

Andrew Evans · May 27, 2017· Comments
Newly crowned Formula One World Champion Max Verstappen has spoken of his love for sim racing during an interview with ex-F1 driver David Coulthard for CarNext.com.