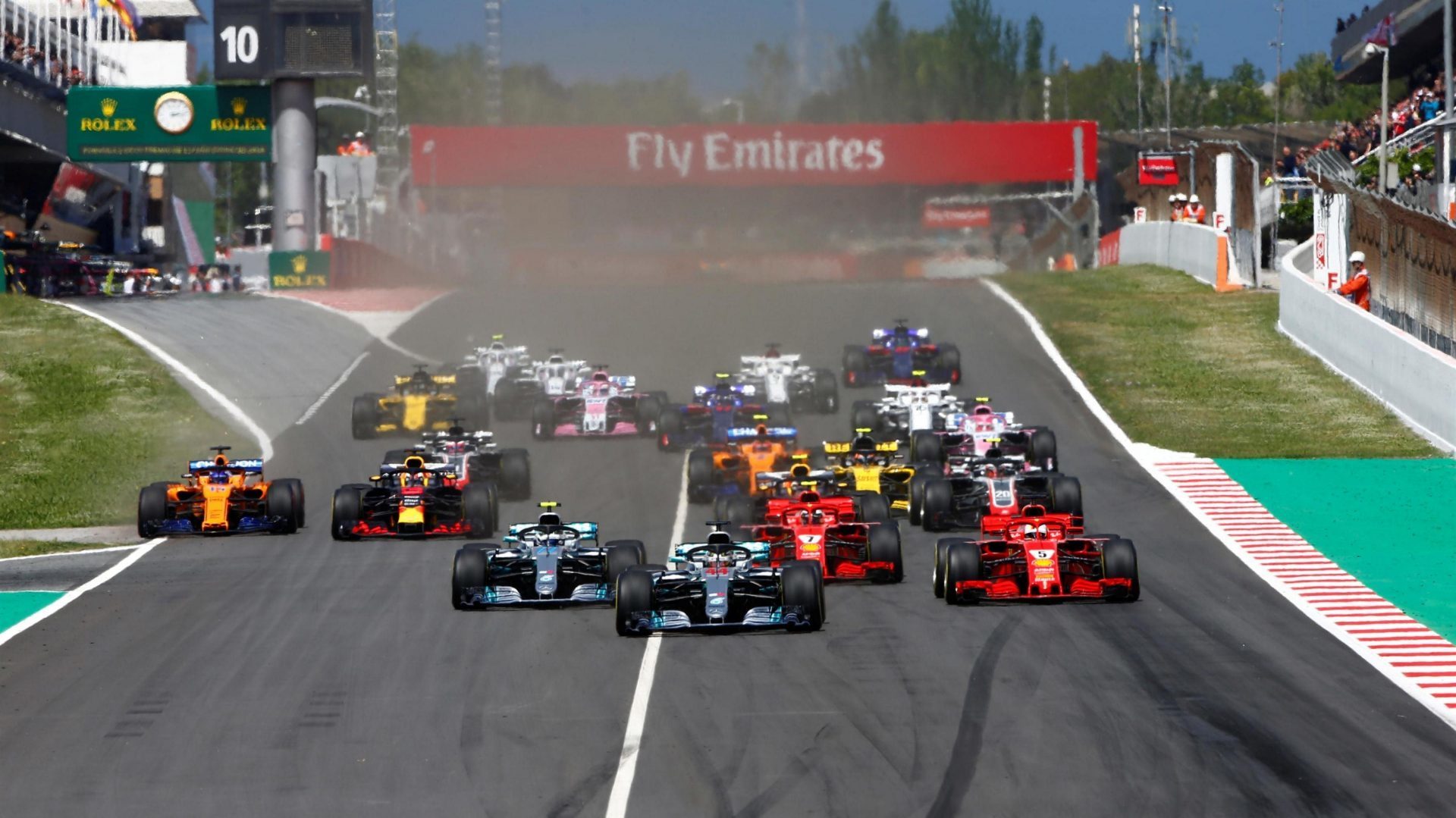 Today’s Grand Prix took a break from the usual chaos. In its place, the resurgence of Mercedes who took the fight to Ferrari — and then some.

Lewis Hamilton drove his W09 to yet another victory, fresh off his win in Baku two weeks ago. He finished more than 20 seconds ahead of teammate Valtteri Bottas for the 1-2 result. The Briton builds his lead over Ferrari’s Sebastian Vettel, 95 points to 78.

Max Verstappen brought the Red Bull home in third in a redeeming effort after the events of Baku and Shanghai. Both he and teammate Daniel Ricciardo kept their noses clean, bringing their cars home in the points. 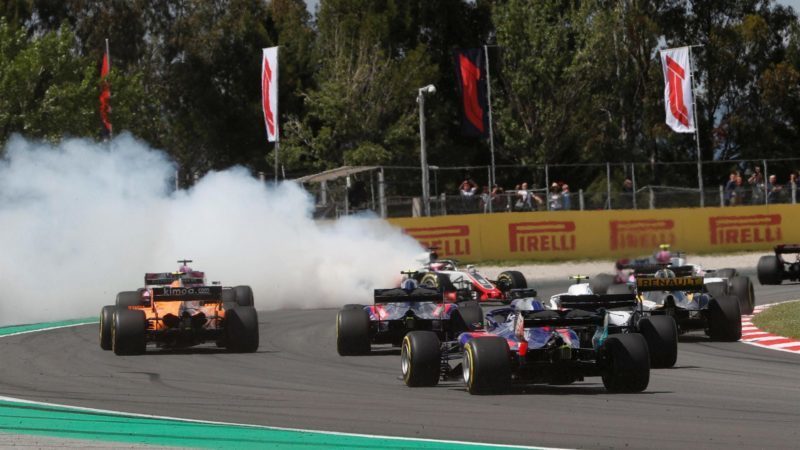 That isn’t to say there wasn’t any chaos at all… The start was a hectic one, as we’ve come to expect from the 2018 season. Hamilton kept the lead, though Bottas wasn’t as lucky, losing second place to Vettel in Turn 1.

The race wouldn’t proceed for much longer beyond that as an incident prompted the Safety Car. Running deep into Turn 2, Romain Grosjean lost control of his Haas around Turn 3 while reacting to his struggling teammate ahead. The result was a spectacular spin, not only affecting Grosjean’s race but those of Pierre Gasly and Nico Hulkenberg as well. 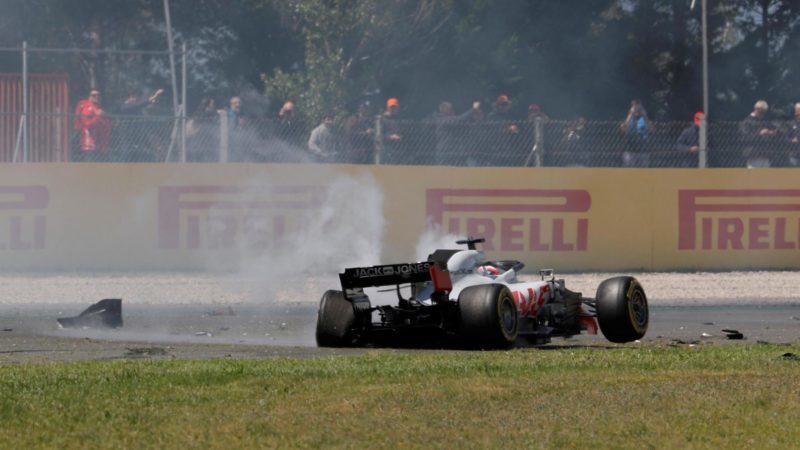 Grosjean hasn’t had the best of luck in the last few races. What looked to be a promising first half of the season is quickly turning into a nightmare. Gasly will no doubt feel the same as this is the second consecutive race he’s had a run-in with a Haas driver: in Azerbaijan the Toro Rosso driver had an unsavory experience with the second Haas of Kevin Magnussen.

With all three men out of the race and a shower of debris, the aforementioned Safety Car emerged. As cleanup commenced, the race would resume on lap 7.

At the restart, Hamilton darted off into the distance as usual, building his lead over the next 10 laps. On lap 18, Vettel came into the pits for medium-compound tires and rejoined in seventh. Mercedes responded to the undercut by pitting Bottas a lap later. Unfortunately, the stop didn’t play to their advantage as a slow change saw the Finn come out behind the Ferrari.

With Kimi Raikkonen moving into second place, the oncoming Red Bull duo moved in for position. Much to Raikkonen’s chagrin, he wouldn’t be able to put up much of a fight. Struggling with a power issue, Verstappen was able to pull ahead of the Ferrari, as did Ricciardo.

Raikkonen slowed the car from fourth position, limping back to the pits, his efforts done for the day. On the same lap Hamilton came in for a change onto the mediums, rejoining in second between the two Red Bull. 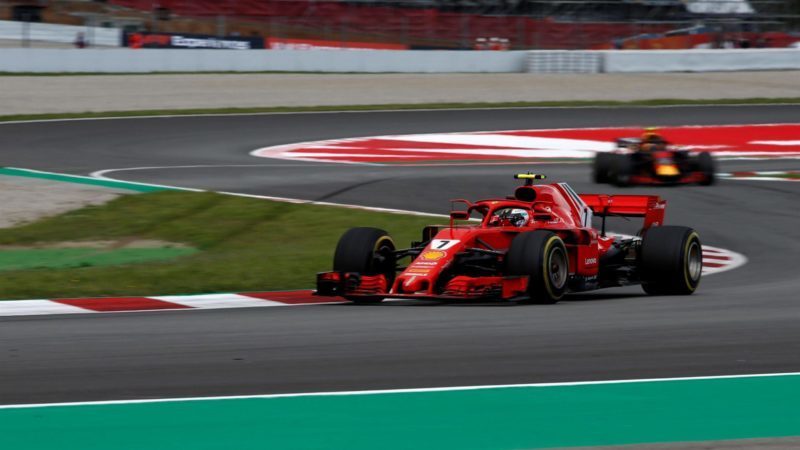 Hamilton took the lead once more on lap 35 after both Red Bulls came in for their routine stops. At this point, Vettel was 10 seconds behind in second, with Bottas in third. Things wouldn’t stay quiet for long as Force India driver Esteban Ocon would soon prove.

His smoking car came to a halt at Turn 4, prompting the Virtual Safety Car. Ferrari would take advantage by putting Vettel onto a two-stop strategy — a mistake for both him and the team. Sergio Perez came into the pits in the second Force India, forcing Ferrari to hold Vettel as he went past. The end result? Vettel re-emerged in fourth, behind Bottas and Verstappen.

Not the best result for the Prancing Horse, but it was fourth where Vettel would remain. Max would hold onto third for Red Bull, his first podium of the season. Ricciardo secured fifth in the second Red Bull, far from the result he wanted.

Magnussen brought the sole remaining Haas across the line in sixth. Haas will no doubt want to make up for the less-than-stellar recent results in two weeks time at Monaco. 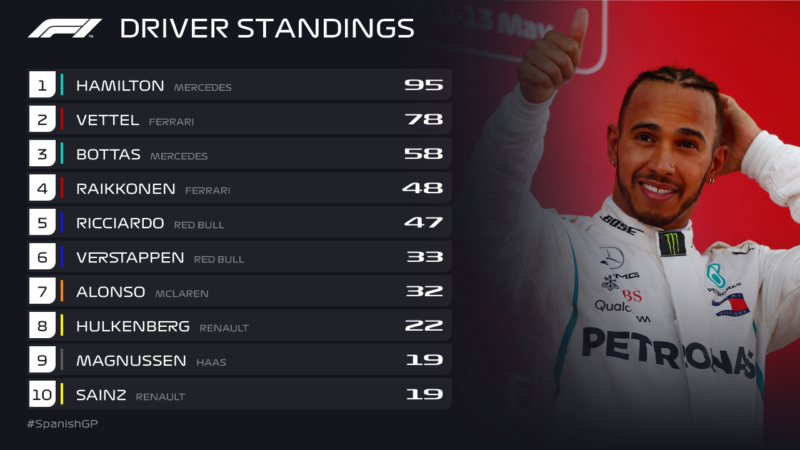 Carlos Sainz did the same for Renault, bringing the car home in seventh. Had the race gone on longer the team may have suffered a double DNF as he finished with a fuel issue.

As mentioned, in two weeks time the F1 circus heads to Monaco. So far the 2018 season has proven itself to be exciting. If there’s one Grand Prix on the calendar that fills the chaotic bill to a tee, it’s Monaco. 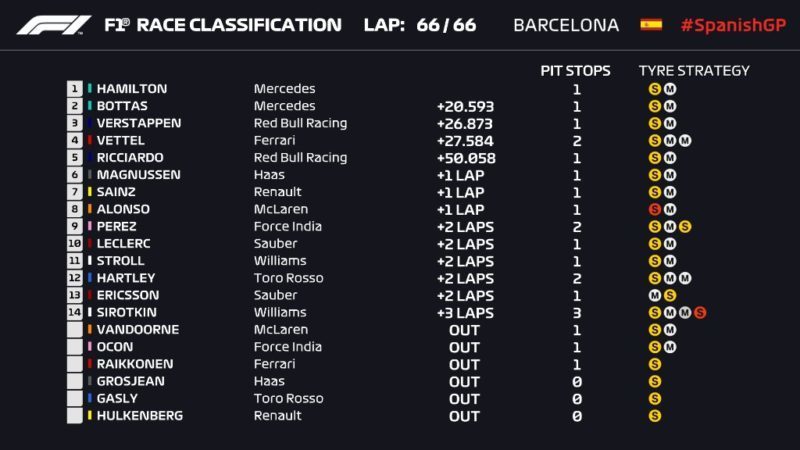