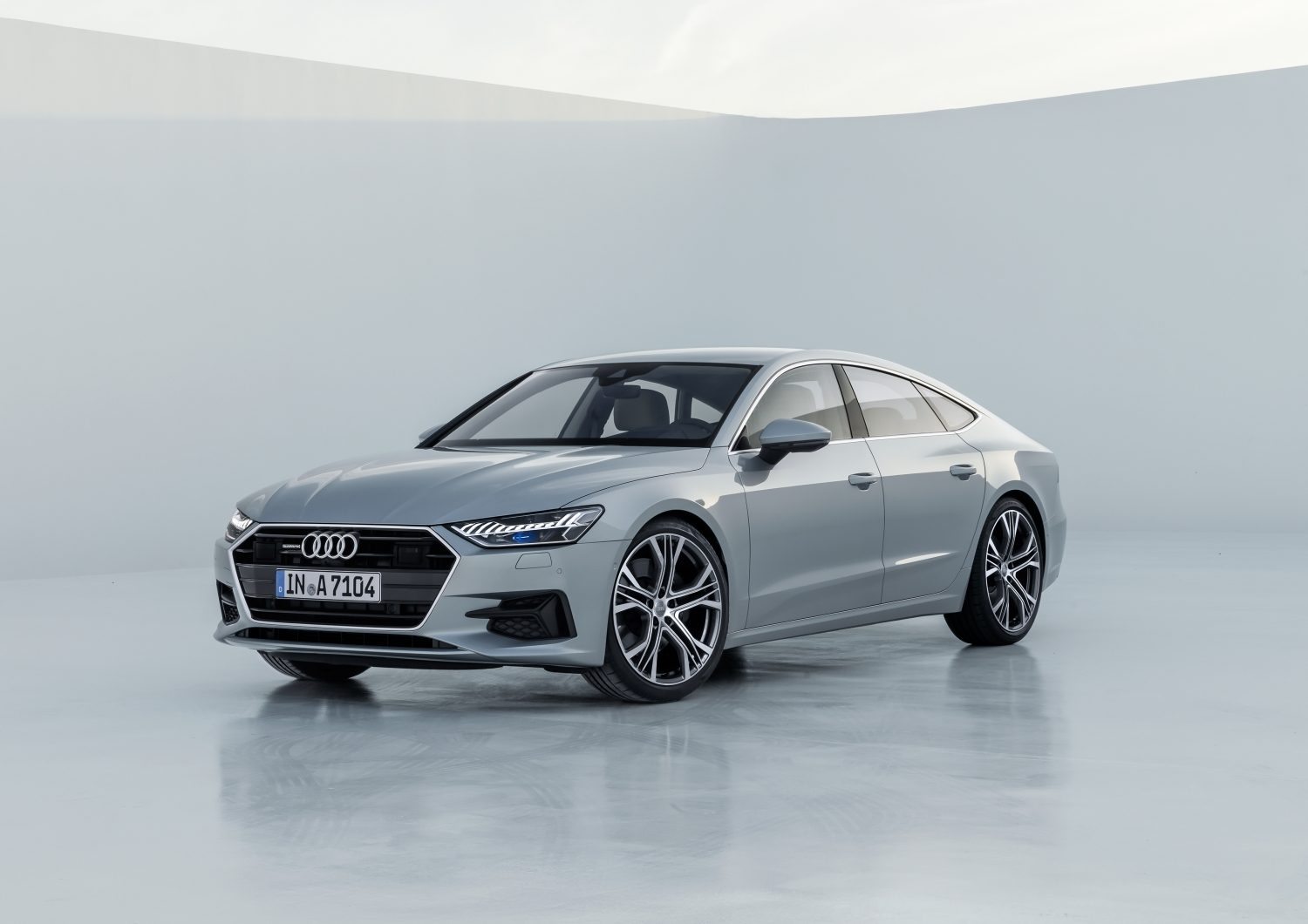 Audi finally gave the world its first look at its brand new A7 sportback in its hometown of Ingolstadt, Germany.

Packed with all sorts of futuristic tech, the A7 is only bested by its slightly more mature brother, the A8. Unlike the A8, the A7 finds some of the Level 3 autonomous features missing. This makes sense to a degree since the A7 is more of a sporty alternative to the luxury business sedan. Audi foresees owners actively wanting to take control of the car instead of letting the computer do it for them.

Not all autonomy is lost though. The A7 has a few optional packages that will add some advanced AI features to the car. Using the moniker Audi AI — very original — the A7 is capable of some trick stuff.

The Audi AI Parking Package does what you might think but in a rather unusual way. Self-parking cars are nothing new, but Audi takes it a step further. You can now simply stop near a parking spot and get out of your car. Using the myAudi smartphone app you can hold a button and the car will park itself without you even in it.

While many might see this feature as downright absurd, it does make sense when parking spaces are in tight quarters. It will also potentially save you from opening the door of your A7 into the car you’re parking next to.

The other package is the Audi AI Tour Package. This option includes adaptive cruise control and adaptive driving assistant. Working in conjunction with one another they will keep the car at a safe distance from the vehicle in front and within the lane. In addition to those features, the A7 also gets an efficiency assistant. This adjusts the driving style of the vehicle to get improve fuel mileage during your trip. 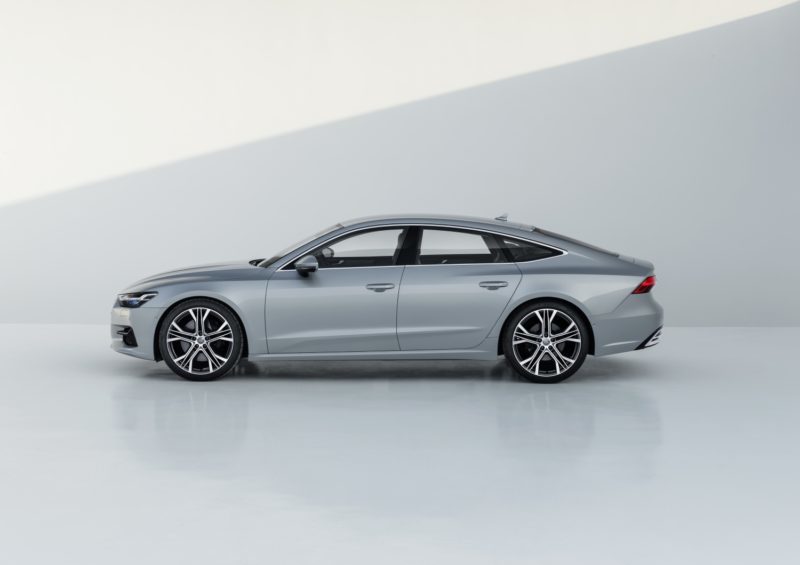 Along with all the autonomous tech, the A7 also gets some electrification by way of a mild hybrid system (MHEV). The MHEV use a belt-assisted starter (BAS) and a 48-volt primary electrical system. Using this system the A7 can freewheel at speeds from 34 to 99 mph.

The A7 also uses the latest in start-stop technology to save even more fuel. The stop functionality will kick in at 13.7mph during deceleration. A camera on the front of the car will also use predictive analytics to start the engine when it’s time to accelerate again.

Using these fuel-saving systems, the big Audi gets nearly 35 mpg. That’s an impressive figure for a car sporting a 3.0-liter V6 good for 340hp and 369lb-ft of torque.

Other engine choices will come later on and include both four and six-cylinder varieties. We also expect the inevitable S7 and RS7 to return with the familiar 4.0-liter turbo V8.

Due to the multitude of engines Audi plans, the new naming scheme we reported back in August will come into play. The launch A7 will carry the badge A7 55 TFSI Quattro — which is a mess, to say the least.

Thankfully though, Audi confirmed that American’s won’t be subjected to confusing badges. When the A7 reaches stateside it will only sport A7 on the deck lid. For future models, this could change, but for right now we’ve avoided that catastrophe. Unfortunately, the rest of the world isn’t so lucky and will get Audi’s alphanumeric soup.

The A7 will carry a launch price of around $80,000. It will hit the German market in February 2018 and continue its rollout from there.