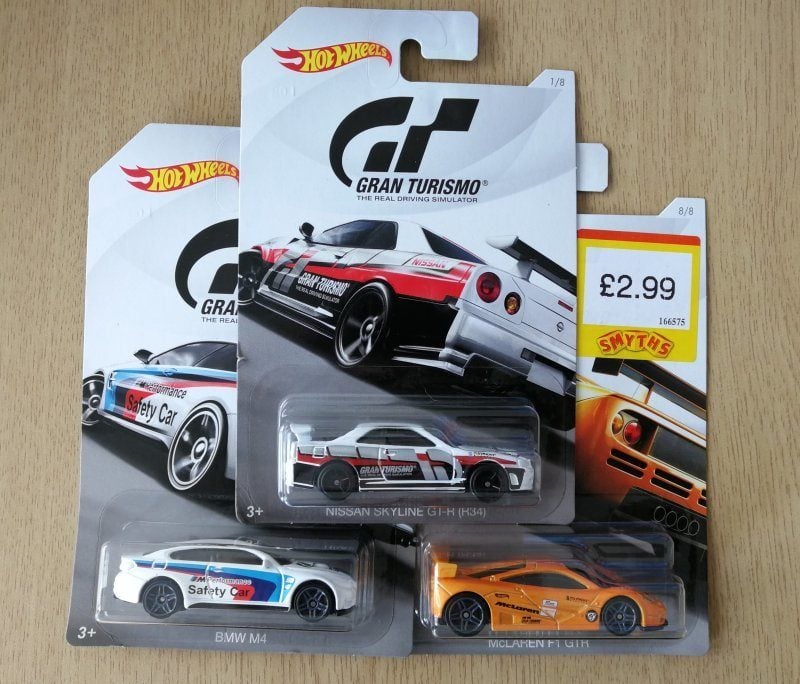 Did you miss out on the Gran Turismo/Hot Wheels collaboration from 2016? Don’t fancy the rarity tax that comes with hunting them down on eBay? Well then, good news: it looks like another set is now available.

As a general car-loving bunch here, we’ve all got a diecast car (or a few hundred) lying around. This latest set takes some of the stars of Sony’s premier racing franchise and turns them into 1:64 editions perfect for the desk. The full set has seemingly shown up on eBay, giving us an idea of the roster:

Cross-referencing with our own GT Sport car list, most of the models are indeed in the game (in one form or another). Polyphony added the R34 post-release, and you can find the old safety car livery in the community. Speaking of safety cars, the M4 comes complete with the lights ‘n’ stripes look from GT6.

The GT LM, F1 GTR, and Megane were also all last seen in the 2013 PS3 game. Of course, the collection is a general Gran Turismo one, not specifically GT Sport. Besides — Kazunori has promised plenty more cars are on the way.

Members in our community have already reported the Hot Wheels Gran Turismo collection is available in shops. There’s no list of participating retailers, but these are Hot Wheels we’re talking about. Check out your local dealership — er, department store.

48 Comments
Click here to see the related discussion our forums...