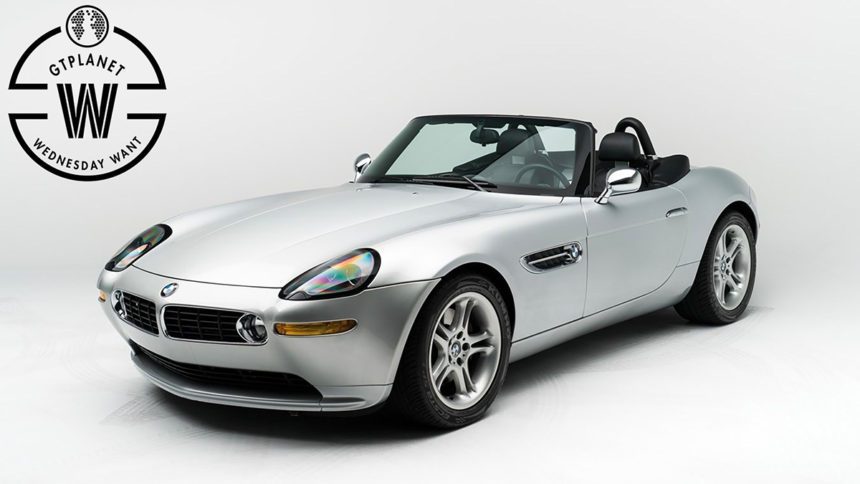 This week’s Wednesday Want is a little different from usual. Normally it involves our team plucking a car from our thousands-strong Car Suggestions forum and giving it some time in the spotlight, but this week we’ve found something truly special in the classified adverts and thought it really deserved some attention. You can check out past Wednesday Want entries right here.

With the exception of Bill Gates, no one man revolutionized the computer industry as much as Steve Jobs did. Now you have a chance to own his 2000 BMW Z8.

There’s nothing to suggest Jobs was an auto enthusiast. However, he did like speed without the flash which is why he often gravitated to German cars.

In addition to the Z8, Jobs was known to have a Porsche 928 — which apparently inspired the Macintosh 128K. Later in life, he also had a Mercedes SL55 AMG that he would swap every six months so he could avoid registering it.

The story with the Z8 goes that Larry Ellison, the CEO of Oracle at the time, talked Jobs into getting the Z8. Ellison apparently told Jobs “the car was a paragon of modern automotive engineering and ergonomics, reflective of Steve’s own products and psyche.”

With its simple black and silver trim, we can see how this pitch captured Jobs’ attention. While the car is minimalist, it does seem fitting for the man who always wore a black turtleneck and jeans.

Outside of the “JOBS Z8” license plate, the Bimmer has few telltale signs that it was driven by the man who brought us the MacBook and iPhone. Of course, you can find Jobs’ name and signature on the title as well. But other than that, it’s pretty similar to the other 5,700 Z8 roadsters out there. 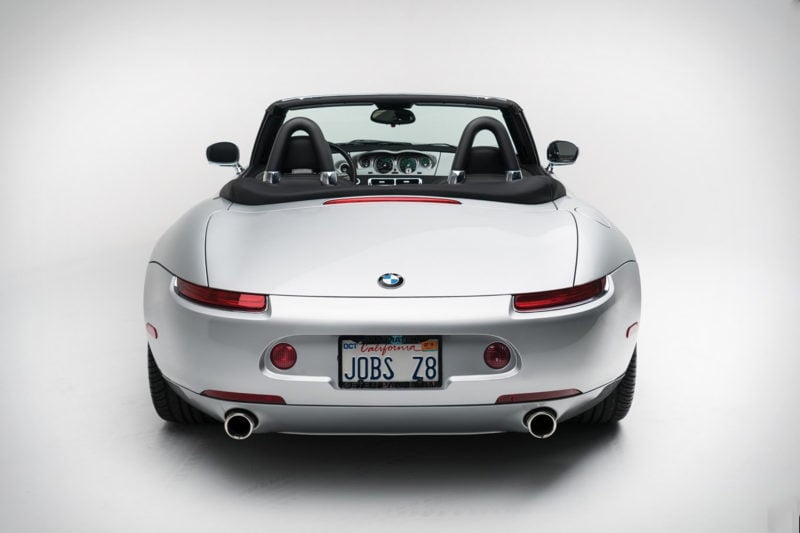 Even without the Jobs name backing the car, the Z8 is pretty cool in its own right.

Born from the BMW Z07 concept car that hit the Tokyo Auto Show in 1997, the Z8 kept the essence of the iconic 507. Two years later the first Z8 would roll out of Dingolfing plant.

With a 4.9-liter V8 behind the rear axle, the car isn’t a supercar by any means. However, with 400hp it hits 60 in a little over four seconds and will easily bump into the 155mph limiter.

Thanks to its aluminum chassis and 50/50 weight distribution, the Z8 could hold its own in performance tests too. Car & Driver put the car through its paces when it hit the US shores and found it beat out the Ferrari 360 Modena in nearly every performance category.

One of the more unique details on the Z8 was its use of neon lighting. No, not in The Fast & The Furious sort of way, but rather in the tail lights. Neon illuminated quicker than standard bulbs and allowed for thin lens across the back of the car.

On the inside, BMW took minimalism to an extreme. To avoid any unnecessary clutter it integrated many of the controls into multifunction buttons throughout the car. It’s not surprising this fit the bill for Jobs.

Jobs’ only complaint about the car was the Motorola flip phone it came with. He despised Motorola phones at the time, but for some reason kept it.

After keeping the car for three years, Jobs sold it to an LA buyer. The buyer kept the car for around a year before it again changed hands, this time in the Bay Area. However, after selling the car the LA buyer was keen to get it back. In 2006 he did just that.

Upon getting the car back the LA buyer drove and maintained the vehicle until this year. However, with only 15,300 miles on the clock, he didn’t drive it much — probably because LA traffic is unbearable.

BMWWednesday Want
9 Comments Discuss this post in our forums...
GT Sport Exhaust Tip Quiz: Guess the Car From the Exhaust!