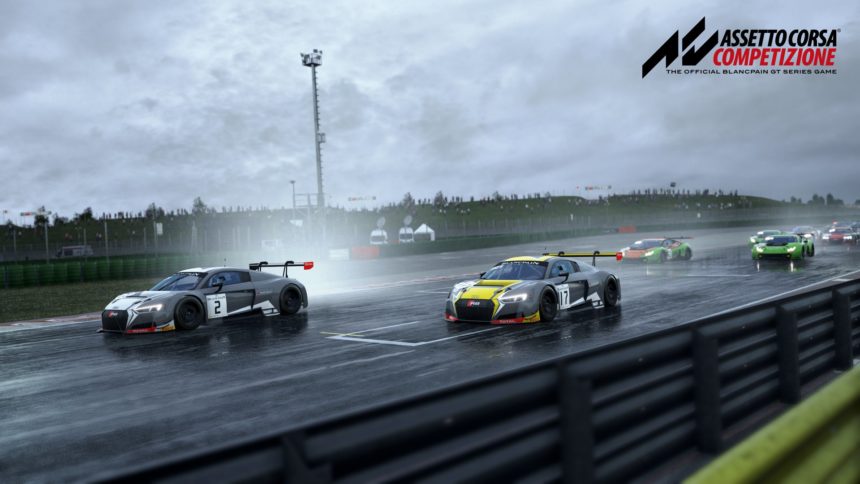 It’s no secret that Kunos’ latest ace up its sleeve, Assetto Corsa Competizione looks mighty good. While not a direct sequel, ACC is the official game of the Blancpain GT Series. Unlike its predecessor, the upcoming racer features dynamic weather and time changes.

Revealed in February, the upcoming racer made its public debut at E3 in June. Since then, it’s been a steady stream of gameplay footage showing the game in action. It should come as no surprise that the hype train continues with a new batch of screenshots.

The latest batch turns its attention to Round 6 of the series at Misano World Circuit in Italy. Dynamic time and weather are in full effect, showing the cars navigating the circuit in the black of night, and drenched in rain.

Assetto Corsa Competizione is set for a summer release through Steam Early Access. While a date has yet to be set in stone, the wait shouldn’t be much longer. After all, next on the docket is the Total 24 Hours of Spa from July 26-29.

Screenshots
29 Comments Discuss this post in our forums...
Can You Beat the Impossible Gran Turismo Quiz?