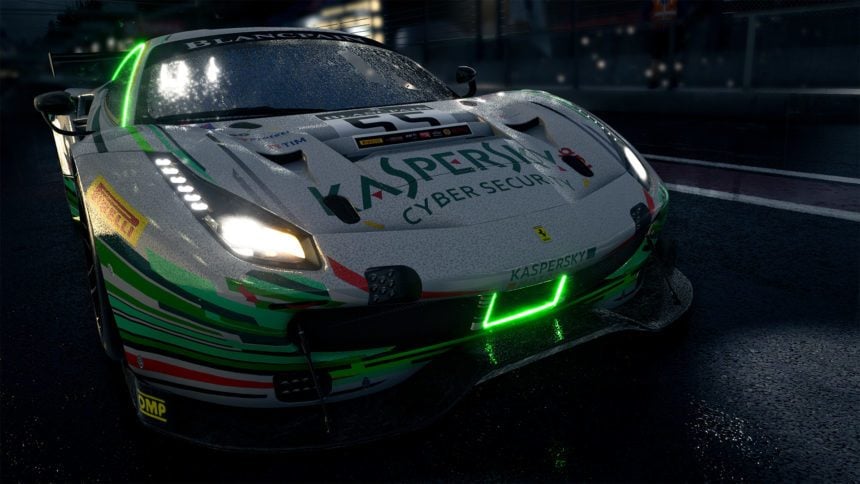 Assetto Corsa Competizione Will Make its Public Debut at E3 2018

The Electronic Entertainment Expo (E3) kicks off in less than a week. It’s the biggest gaming event of the year, for every genre. That’s why 505 Games has announced that the much-anticipated Assetto Corsa Competizione will be playable inside the LA Convention Center.

Developer Kunos Simulazioni has been hard at work on the title since its initial February announcement. Christened as the official sim racer of the Blancpain GT series, the upcoming title will boast all of the cars, tracks, and drivers of the real-world series.

With that duty on its shoulders, Kunos has assured fans that ACC will feature “the highest level of accuracy and attention to detail.” The biggest jump from the team’s last title? Competizione will introduce dynamic time and weather.

We’ve already seen how much this changes existing tracks like Monza and Brands Hatch. Kunos has adopted the sturdy Unreal Engine 4 for this game, allowing for the dramatic upgrade to the environments.

Competizione will be available for a test drive at the Thrustmaster Booth (South Hall, Booth 2811). E3 visitors will get the opportunity to drive the Ferrari 488 pictured up top, in full VRX racing rigs. Thanks to the partnership with Thrustmaster, there will also be a variety of the company’s Sparco products on site. The rigs themselves will use the TS-XW base with both 488 GT3 and Sparco P310 add-on wheels.

Sparco will also be showcasing its Evolve cockpits, complete with brand new QRT-V bucket seats. The Italian company says these new thrones are 30% lighter than the previous generation of products. For the truly hardcore, touch-sensitive sim racing gloves will be available to test as well.

To further sweeten the deal, Thrustmaster and 505 Games will be giving away prizes. No specific details on that on the moment, but with 2017’s E3 attendance topping 68,000, there’ll be a lot of folks to beat.

Kunos co-founder Marco Massarutto has this to say about the world premiere:

“It’s a great pleasure for us to have the possibility to showcase Assetto Corsa Competizione to the public for the first time, thanks to the collaboration with Thrustmaster and Sparco. It is fundamental for us to collect some feedback from journalists, gaming market experts and show visitors on the new Assetto Corsa’s chapter.”

E3 2018 kicks off next Tuesday, June 12. As for ACC, it’s set to land on Steam Early Access later this summer.

E3 2018
137 Comments Discuss this post in our forums...
Test Your Badge Knowledge With Our Car Logo Quiz