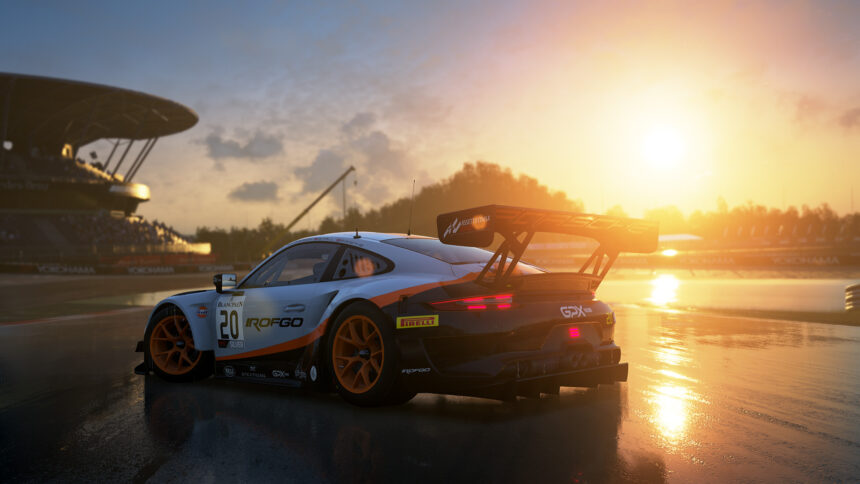 The free v1.1 update for Assetto Corsa Competizione is now available on Steam. It’s a feature-packed installment that brings new 2019 season GT3 race cars and a new circuit on which to race them.

Leading the new content is, of course, Circuit Zandvoort. The track in the Netherlands is back on the Blancpain GT calendar after a little absence, along with its return to F1 next season. For ACC the track features a new surface, with the real track subject to resurfacing works earlier in the year. You’ll also be able to select new asphalt versions of Circuit de Barcelona-Catalunya, Circuit de Spa Francorchamps, and Silverstone.

Along with the new track, there’s six new cars for the 2019 season. These are the Aston Martin Vantage AMR GT3, Audi R8 LMS EVO, Honda NSX GT3 EVO, Lamborghini Huracan GT3 EVO, McLaren 720S GT3, and Porsche 911 (991.2) GT3 R, with 75 new liveries between them. If you’re a keen follower of GT3 racing, you’ll spot that the McLaren, although eligible, did not race in the Blancpain GT series this year unlike the other five cars. Kunos Simulazione has added this car to the game as part of a collaboration with McLaren for the McLaren Shadow esports series.

Starting at the weekend, ACC players will be able to take part in an online event that could see them qualify for the McLaren Shadow final. The event in question will use the McLaren 720S GT3, as some of you may have spotted earlier in the month.

The game receives other updates besides just new content. There’s new pit stop animations and a new vehicle showroom, and updates to the user interface. Kunos also notes “a long list of physics updates”, which stretch from adjustments to the aerodynamic model to force-feedback tweaks over the various surfaces.

In additional, ACC now supports a dedicated triple monitor setup, thanks to what the studio says is a custom modification to the game’s Unreal Engine 4 engine. There is a full changelog on the official ACC forums for more detailed information.

Assetto Corsa Competizione Game UpdateZandvoort
21 Comments Discuss this post in our forums...
Can You Beat the Impossible Gran Turismo Quiz?