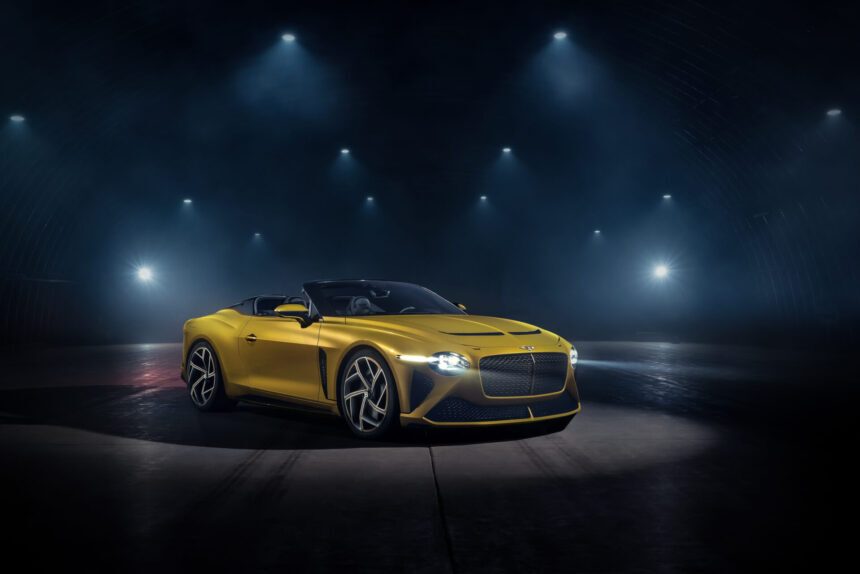 If you find the current Bentley Continental GT too common for your tastes, then Crewe’s exlcusive Mulliner division has got you covered. The new Bentley Mulliner Bacalar is the first ultra-exclusive model from the newly announced Mulliner Coachbuilt.

The Bacalar is an all-new bespoke GT and is the first two-seater to come out of Crewe since 1930. Named after the Laguna Bacalar, in Mexico’s Yucatan Peninsula, the name continues Bentley’s recent tradition of naming cars after landmarks. This new roadster marks a return to bespoke coachbuilding for Mulliner, and each model will be unique to each customer’s request.

Bentley remarks that the styling of the Bacalar echoes that of the EXP 100 GT concept. Despite the Continental GT base, the Bacalar shares no body panels with any other Bentley — just the door handles remain.

Mulliner has also used lightweight materials in the Bacalar’s construction. Aluminum is used for the rear clamshell and top deck, while the doors and wings use carbon fiber. The use of 3D-printing has also allowed Mulliner to create a more distinctive identity.

Compared to the Continental, the Bacalar sits on a 20mm wider rear track, giving a more sporting stance. There’s plenty of power on tap, with the familiar 6.0-liter, twin-turbocharged W12 engine under the hood. That produces 650hp and 667lbft of torque, which is a mild, 15hp boost over the regular Conti.

Bentley hasn’t released any performance figures, but we reckon the Bacalar should still be good for over 200mph. Getting that power on to the road is an eight-speed dual-clutch transmission, sending the power to all four wheels. To ensure optimised ride comfort and handling, the Bacalar features a tweaked version of Bentley’s 48V Dynamic Ride System.

On the inside, Mulliner has gone all out to ensure the interior feels even more special. Every detail in the Bacalar has been created from scratch. The bulls-eye air vents, steering wheel controls and speaker frets feature a new distinctive knurled pattern that includes an anodized titanium finish.

Environmentalism is also a luxury, and Mulliner will build the car in the world’s first certified carbon-neutral factory for luxury car production in Crewe. The eco efforts even extend to some of the interior details, such as the dashboard. This features rare Riverwood, sourced from naturally fallen trees in East Anglia and preserved in peat bogs, lakes and rivers for over 5,000 years.

As you might expect, the Bacalar is far from cheap, with prices from $2 million, and only 12 units will ever be made. You could probably also guess that if you were planning to buy one, you’re out of luck; Bentley has already allocated all 12 to loyal customers.