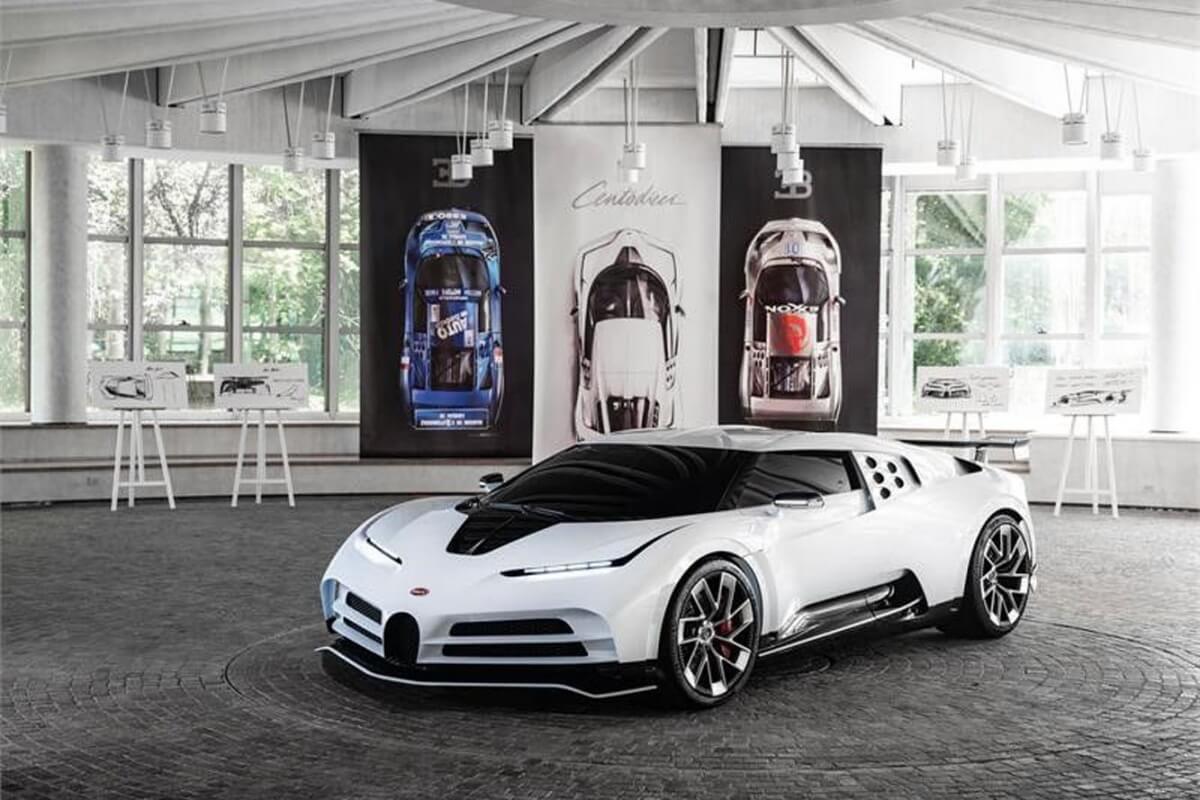 Born-again luxury performance brand Bugatti is planning to take something very special to Monterey Car Week this year. It wowed the crowds at the same event last year with its Divo, which it said heralded a return to Bugatti’s coach-building traditions.

That model of making stunning new bodies on top of the Chiron platform continued through to the early part of this year with La Voiture Noire. A one-off car reportedly by customer commission, the LVN is the most expensive new car ever offered for sale.

It looks like its new car, destined for a Pebble Beach debut tomorrow, will be more of the same. Bugatti’s own early teaser image suggested a car very much in this mold: a brand new body on Chiron underpinnings.

However, since Bugatti revealed this teaser, there’s been something of a leak. A large selection of the car’s official images have made their way into the public domain before the brand has even sent out the press release.

Bugatti will call the car “Centodieci”, or “110” if you happen to speak Italian. That celebrates three things all at once: the 110th anniversary of Bugatti’s creation in 1909; the Italian origin of company founder Ettore Bugatti; and the Bugatti EB110 supercar of 1991.

That quad-turbo, four-wheel drive V12 monster was something of a landmark in the brand’s history. It was the first car Bugatti had made in almost 35 years, following several troubles that resulted in it becoming an aircraft parts manufacturer. The EB110 was also the only car made by Romano Artioli’s version of Bugatti before that company failed — leading to Volkswagen’s buyout of the brand.

With the EB110 setting the tone and conditions for the modern version of Bugatti, celebrating the car in the brand’s 110th year seems appropriate. Absent a full press release, we don’t know that much about Centodieci at the moment, but we wouldn’t expect much of a departure from the Chiron/Divo/LVN formula. We’d anticipate a 1,479hp, W16 engine driving all four wheels through a seven-speed dual-clutch gearbox at the very least.

The styling of Centodieci is unmistakably an homage to the EB110 though. At the front you’ll spot a smaller Bugatti horseshoe — not quite EB110-sized, but certainly smaller than other current Bugatti models. There’s an extra horizontal vane in the front vents, as another nod to the EB110’s front-end styling, along with thinner headlights to mimic some of the detailing and ducting on the original.

One very clear carryover is in the three-quarter area. The Centodieci sports a solid panel with five circular holes, mimicking the EB110 Super Sport model from 1992.

Like Divo, Centodieci is likely to be an extremely limited run vehicle and command a huge price tag. You can watch the full, official reveal here tomorrow, but only if you promise to look surprised: