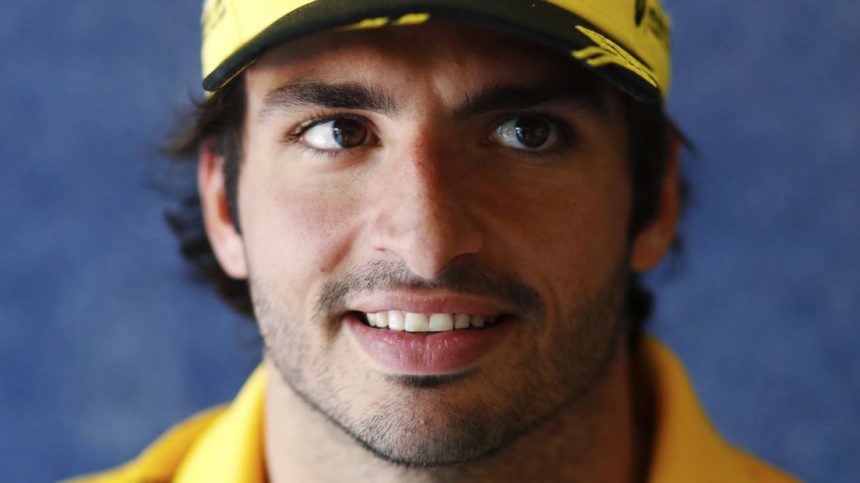 It’s the latest move in F1’s “silly season” — a period in which drivers all change places like the Mad Hatter’s picnic table. This kicked off earlier in the month with Daniel Ricciardo‘s surprise decision to leave Red Bull Racing.

That move saw Ricciardo partnering Nico Hulkenberg for 2019, leaving Sainz surplus to requirements. The Spaniard was in fact only on loan at Renault Sport, with Red Bull Racing still holding the contract with the former Toro Rosso driver.

Alonso’s departure from McLaren at the end of 2018 had opened a seat alongside Stoffel Vandoorne. Many tipped the young British drivers Lando Norris and George Russell to get the nod, but McLaren has opted for the experience of Sainz and his 72 race starts.

“Despite an unusual situation, through his relentless work and natural talent, Carlos has been a great contributor to the progress made by the team since joining us last year. I wish him the best for 2019 onwards with his now-confirmed move to McLaren; for now we all look forward to the second part of the season together.”

“We’re incredibly excited to have Carlos join us as a McLaren driver. We’ve been assessing him for some time now and rate him very highly among the next generation of young talent emerging through the ranks in Formula 1.

“Carlos brings with him the perfect blend of youth and experience. Although he’s just 23, he’ll be starting his fifth season in the sport with us and will bring with him a huge amount of racing experience, both in Formula 1 and with our partner Renault.”

Vandoorne himself may not be safe; McLaren has stated that it will “communicate its full driver line-up for the 2019 season in due course”. That may be ominous for the Belgian driver, despite the relatively small performance gap to his double world champion team mate this season.

All this deck shuffling still leaves one empty seat at Red Bull Racing. Current paddock speculation has Pierre Gasly tipped to step up from the junior Toro Rosso team. Toro Rosso had already allegedly approached Lando Norris to replace New Zealander Brendon Hartley, so he may now partner the Le Mans winning driver in 2019 instead.

It’s rumored that Charles Leclerc will move to Ferrari in the winter to replace Kimi Raikkonen — who, like Alonso, started his F1 career in 2001 — which would leave another vacuum at Sauber.

Fernando AlonsoMcLarenRenault
19 Comments Discuss this post in our forums...
Test Your Badge Knowledge With Our Car Logo Quiz