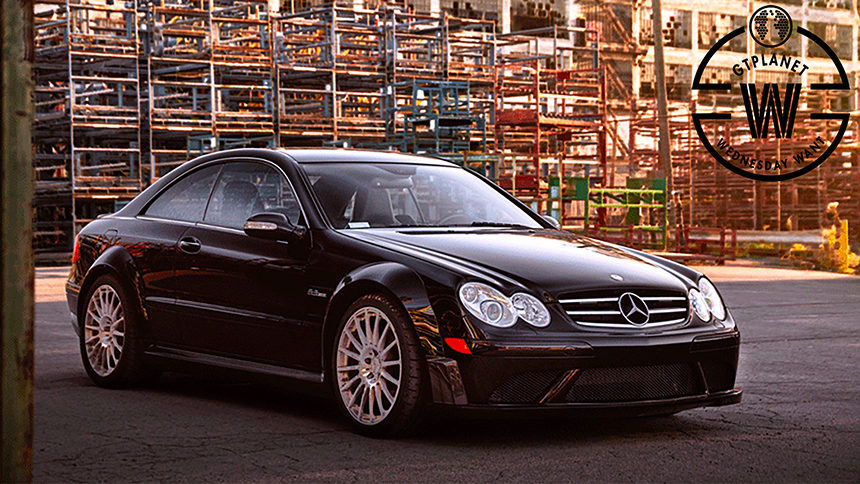 Mercedes-AMG is known for making some pretty extreme vehicles. Its standard m.o is taking a run of the mill family sedan and turning it into an absolute monster. This week’s want is up there with AMG’s finest crazy: the CLK63 Black.

The CLK63 Black takes a standard CLK63 AMG — which isn’t very standard at all — and cranks the dial to eleven. From swollen wheel arches to a carbon fiber rear diffuser, the Black looks like it’s just finished a stint in a DTM race around Hockenheimring.

While the exterior is fairly subtle when you compare it to other performance coupes, it captures the right look. Besides the wheel arches and diffuser, the Black gets a slightly different front bumper. Anyone unaware of the existence of the Black would be none the wiser when taking a look at it.

This is partially what makes this car so special. It manages a racecar look without being overly flashy like a Porsche 911 GT2 RS.

Under the hood, the Black gets the AMG 6.2-liter with some additional tuning. A less restrictive exhaust, some fiddling with the electronics, and a larger air intake help the engine turn out 500hp. This is 25 more ponies than that standard CLK63 AMG and a whopping 118 more than you get with the top of the range CLK500.

Performance figures put the 0-60 time around 4.1 seconds. Top speed also clocks in at 186 mph, which is a step up from the 155 mph the regular AMG came with. This truly is a ‘Bahn stormer if we’ve ever seen one.

The weight of the car is a bit strange and something automotive journalists love to point out. Even with the rear seats removed, several carbon fiber parts, and many other standard options missing, AMG only managed to save four pounds. This is in part to a beefier, race grade chassis and heavier duty driveline components. 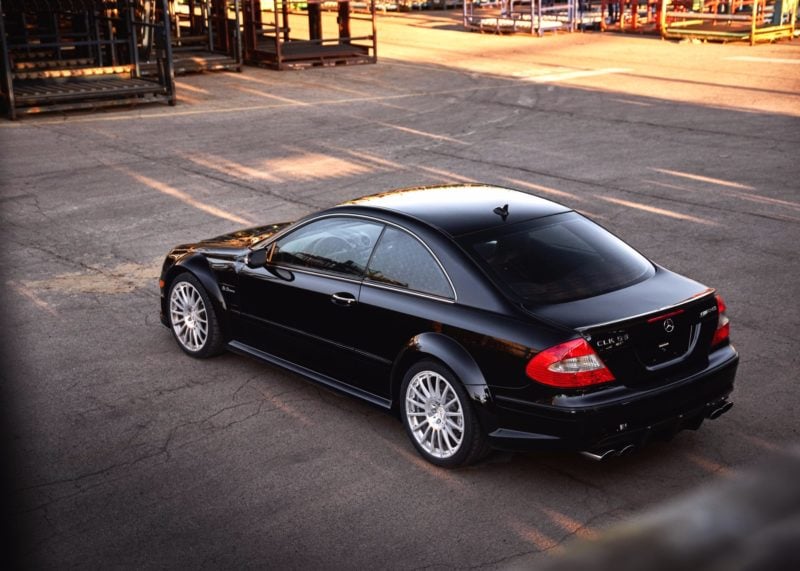 With a car like this though, it’s less about creature comforts and outright performance though. Instead, it’s meant as a driver’s car through and through.

Driver’s car, yes, but it’s not very driver friendly. Numerous owners and reviewers stated that the car is a handful to drive, particularly at low speeds. Blip the throttle leaving a corner and you’re sure to get sideways in a hurry, even with the traction control system on.

One legend surrounding the car is that Mercedes sent a letter to owners regarding it, although the brand doesn’t corroborate this. In it, it’s alleged, Mercedes states that the car is savage and nearly impossible to control without the help of TCS. Jeremy Clarkson — a future CLK63 Black owner — even perpetuated this myth on Top Gear.

The BaT car does come with a couple of faults though. The owner installed a set of aftermarket headers that throws a check engine light on the dash. We aren’t sure why anyone would modify a car tuned to perfection by a manufacturer, but they did.

Even with that minor inconvenience though, the car is in remarkable condition. The paint is nearly perfect and there are just 15,828 miles on the clock. It’s a shame this Black wasn’t enjoyed more though; this one owner car only racked up around 1,700 miles a year.

If you fancy yourself snagging one of 349 examples in the States, this might be your ticket. With two days left in the auction you still have some time to place your bids for one of the most extreme AMG cars ever made.

MercedesWednesday Want
4 Comments Discuss this post in our forums...
GT Sport Exhaust Tip Quiz: Guess the Car From the Exhaust!