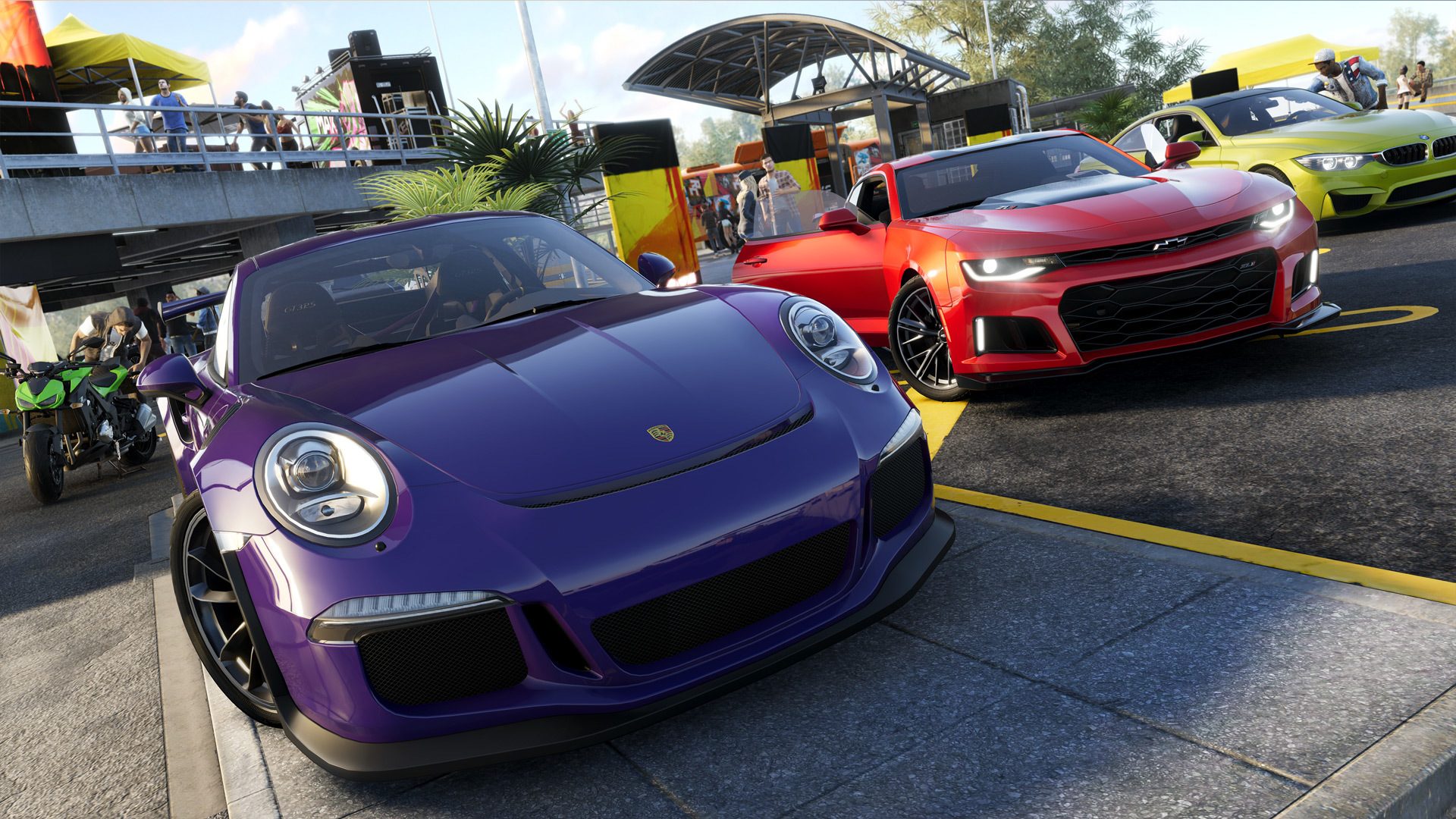 Ubisoft has released a new trailer for open-world racer The Crew 2. Due to launch next year, the game continues its trip around the US but offers players the chance to ride in boats and planes alongside the standard vehicles.

The title was announced at E3 and grabbed attention due to its unorthodox gameplay. Preorder details have also been shared alongside the new trailer.

Ivory Tower has crafted the latest trailer completely within the game’s engine. We get a first hand look at how the gameplay functions with seemless changes between each machine type. Jumping between land, sea and air appears to be done through the in-world HUD and this would cut out any pesky complex menus.

There’s quite the car selection on show, including favorites from Chevorlet, Porsche and Audi. The biggest positive from the trailer overall is the sheer variety in each vehicle class. Cars, bikes, buggies, boats and planes are all shown within the minute and a half trailer. If Ivory Tower can nail the driving physics this time around, The Crew 2 could provide some serious fun.

From a racing fan’s point of view, the biggest reveal here is the introduction of open wheelers and the return of actual circuits. One of the most underrated parts of the original game was the inclusion of tracks like Laguna Seca. Its still early days but we hope this track roster has been expanded even further. We hope the Corkscrew is a fair bit more realistic, too…

If you’ve seen enough so far to commit to purchasing The Crew 2, Ubisoft is offering some incentives. Players who get in early will receive the Harley Davidson Iron 883 ’17 and Mercedes-AMG C63 ’16 Touring Car. Its unclear at this point if the vehicles will be locked to preorder status only.

Assuming your commitment to The Crew 2 is already through the roof, the Gold Edition can also be scooped up before launch. As is common Ubisoft practice, the Gold Edition of the game will secure early access to various pieces of gear, the above preorder bonuses, the Deluxe Motorsport pack and the season pass. 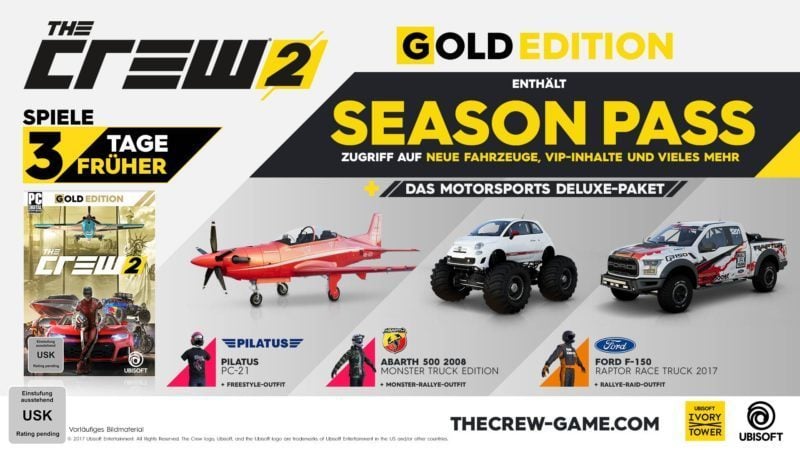 The Motorsport Deluxe pack appears to include the Abarth 500 Monster Truck Edition — which did appear as DLC in the original title. Those hoping that The Crew 2 will feature all the previous game’s cars out the box should be cautious.

A Deluxe edition of the game also exists which includes the two above vehicle packs minus the season pass. With Gamescom just getting underway, we’re sure Ubisoft will have more to show of The Crew 2.

Michael Leary · Aug 22, 2017· Comments
The latest update for The Crew 2 is now available on all platforms. Dubbed ‘Blazing Shots’, the free update brings a host of new events, vanity items, and of course, new cars to roam the open world in.

Kyle Patrick · Aug 22, 2017· Comments
If you’ve been itching to give Ubisoft’s The Crew 2 an extended test drive, this weekend is your chance. From now until Sunday, the open-world racer is free to play on all platforms.

Gary Slater · Aug 22, 2017· Comments
Players of Ubisoft’s The Crew 2 will be the first to get their hands on the latest British sports car. The 2019 TVR Griffith, built as part of the brand’s revival, will make its racing game debut in the massive open-world racer.

Michael Leary · Aug 22, 2017· Comments
At long last, The Crew 2 is now available on the PS4, Xbox One and PC platforms. There’s a lot more going on in Ubisoft’s ambitious sequel to its open-world racer. Unlike the original, The Crew 2 allows players to explore the land, sea, and air.

Michael Leary · Aug 22, 2017· Comments
Tomorrow, The Crew 2 will touch down on all platforms, giving racers a chance to race across the States. Before the big day, Ubisoft has taken the opportunity to go over how players will climb the ranks.

Kyle Patrick · Aug 22, 2017· Comments
Today, thousands of players across the globe are getting in on The Crew 2. Early access has begun, and the game marks a rather unique point in the history of the racing genre: it’s the first new racer to feature both Porsche and RUF from day one.

Kyle Patrick · Aug 22, 2017· Comments
The Crew 2 is the latest open-world racer from Ivory Tower. Expanding on the 2014 original, it is once again set in a miniaturized version of the continental US. This time though, the devs have added planes and boats to the mix, even allowing players to swap between them with the touch of a button.

Kyle Patrick · Aug 22, 2017· Comments
The second beta for The Crew 2 is done. As a sequel to an ambitious arcade racer, it’s poised to be one of the main racing games of the summer.