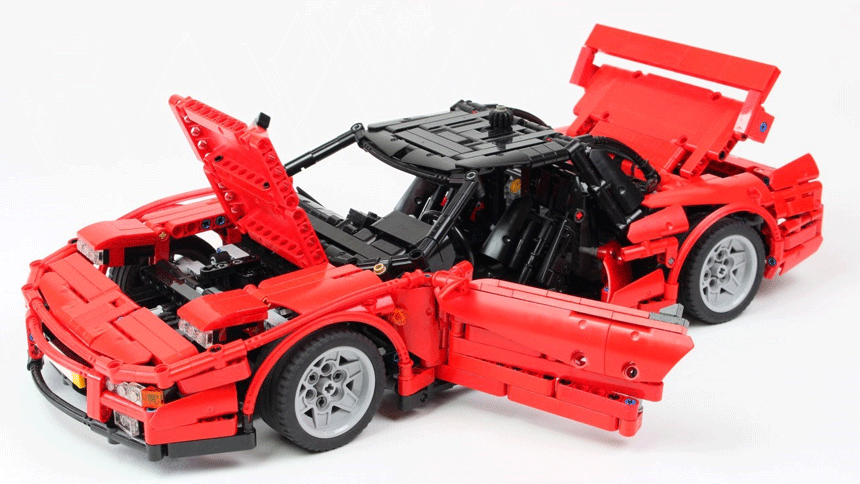 Back in August, we showed you a handful of Lego cars that were sure to bring out your inner child. Now we’re back with another crop of vehicles that are equally impressive.

All the creations are from Nicolas Lespour of Annecy, France. Lespour posts all his Lego models to his blog, Nico71 Creations. The amount of detail he manages with his builds is staggering. He mainly focuses on cars, but often builds several machines, ranging from a calculator to a braiding machine. 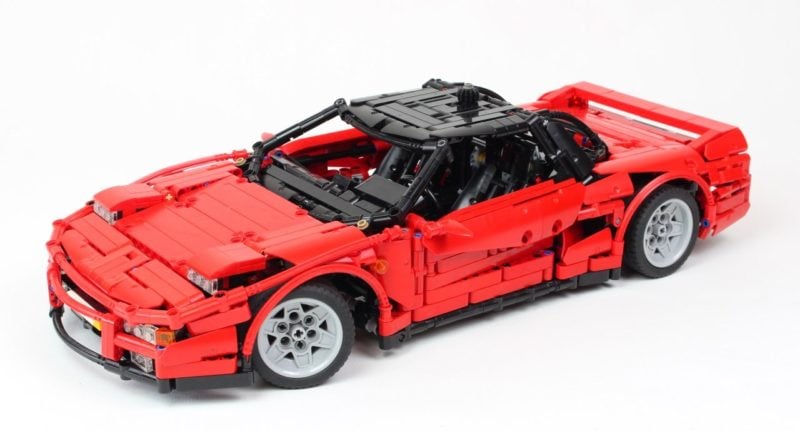 The first model that caught our attention is the Honda NSX.

The NSX is a difficult shape to master with the traditional square shape of Lego bricks, but Lespour nails it. He even figured out how to have working pop-up headlights by moving a lever on the dash — and any reasonable person knows pop-up headlights are always cool.

The drivetrain is similar to the real car with a model of the legendary 3.0L V6 sitting in the middle of the car. The engine powers a transaxle complete with working differential to move the rear wheels. While the car lacks a Lego motor, it’s certainly a neat detail.

Lespour is a Honda enthusiast, so many of his models feature iconic cars from the brand. Thankfully because of his passion for the H, he went on to model the 1967 Honda RA 300 F1 car.

According to Lespour, he spent hours refining the shape to get it perfect and it shows for sure. The lines on the model look remarkably true to the real-life car and really capture the essence of the classic shape.

The engine is a fairly close replication of the 3.0L V12 Honda put in the car back in the ’60s. It’s even complete with the form-fitting exhaust that draped over the rear of the car. Under the engine sits twin Lego motors which allow the creation to move under its own power.

One of Lespour’s goals with the car was to recreate the suspension as accurately as possible. He spent a great deal of time studying the original and eventually perfected his model. With double wishbone suspension both front and rear, he got fairly close to his target. Lespour even put in a Lego sway bar to cap off the creation. 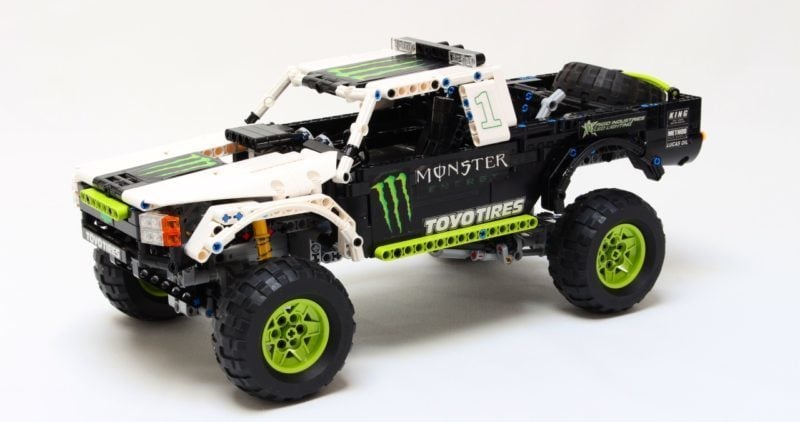 The final model that caught our attention was the one of BJ Baldwin’s Monster Energy Baja Truck. The truck is loosely based off a Chevy Silverado in real life, but heavily modified for the rigors of off-road racing.

To capture the extreme suspension travel of Baja trucks, Lespour spent a long time on the suspension getting it just right. Up front, the truck features beefy double wishbone suspension and long travel shocks. In the rear, he managed to recreate the live rear axle complete with ball joints and connecting rods.

Perhaps the coolest addition to this model is the working headlights. Using an eLite kit he was able to illuminate the front headlights with miniature LEDs. It’s this attention to detail that makes Lespour’s creations one of a kind.

We encourage you to check out his blog and see the other wild and crazy models he’s built. All of them are very impressive.

Also if you follow the links for the builds, you will find instructions to build them yourself! If you happen to have a go, please post pictures on the forum so we can admire your handiwork.

Hat tip to our own Jump_Ace for the tip!

ChevroletHondaLego
6 Comments Discuss this post in our forums...
F1 2020 Review: A Winning Formula