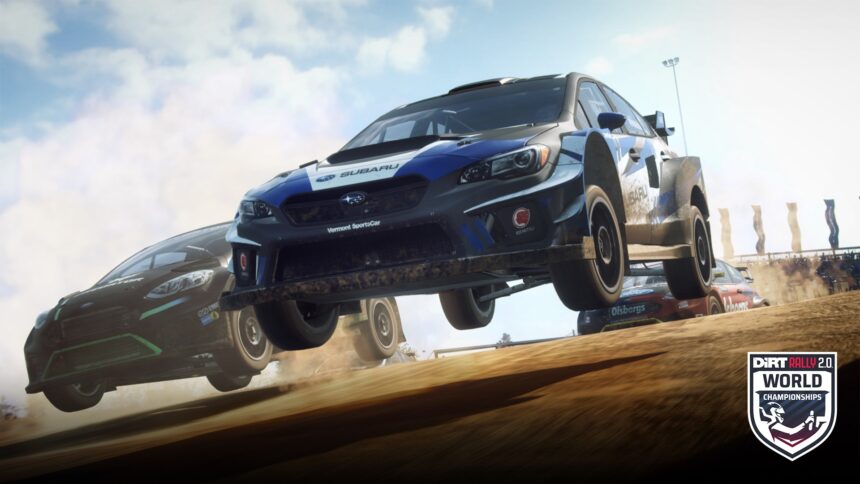 Codemasters has announced the latest sim racing esport championship. Using DiRT Rally 2.0, it features a $10,000 prize pool, and begins in earnest next week.

The DiRT Rally 2.0 World Championship will be open to all players on each of the three platforms (PS4, XB1, and PC), and will include dedicated programs for both rally and rallycross. A new esport tab in the game’s main menu is now available, coming in as part of yesterday’s Version 1.8 update.

Qualifying begins on September 10. Each week will focus on a specific stage and car class. The fastest drivers each week, on each platform, will automatically qualify for the quarter finals, which take place in early December. In addition, a fourth platform slot for each month will be available for the driver with the fastest cumulative time.

December’s quarter and semi finals will be broadcast live across the Motorsport Network channels and DR2. Players will have the freedom to pick their own input devices through to this point, but the Final will be a wheel-only affair.

Speaking of the Final, it will take place at the Autosport International Show in Birmingham, England, on the weekend of January 11, 2020. Expect a full breakdown of that $10,000 prize pool later in the year.

Players looking to take part can do so from the World Championship tab in the DR2 main menu.

“After six months of planning, we are finally ready to launch the DiRT Rally 2.0 World Championship and we can’t wait to get started. Our players are passionate and love the thrill of competing. We look forward to crowning our inaugural World Champions in January and wish all our players the very best of luck.”

DiRT Rally 2.0 World Championship
6 Comments Discuss this post in our forums...
Test Your Badge Knowledge With Our Car Logo Quiz