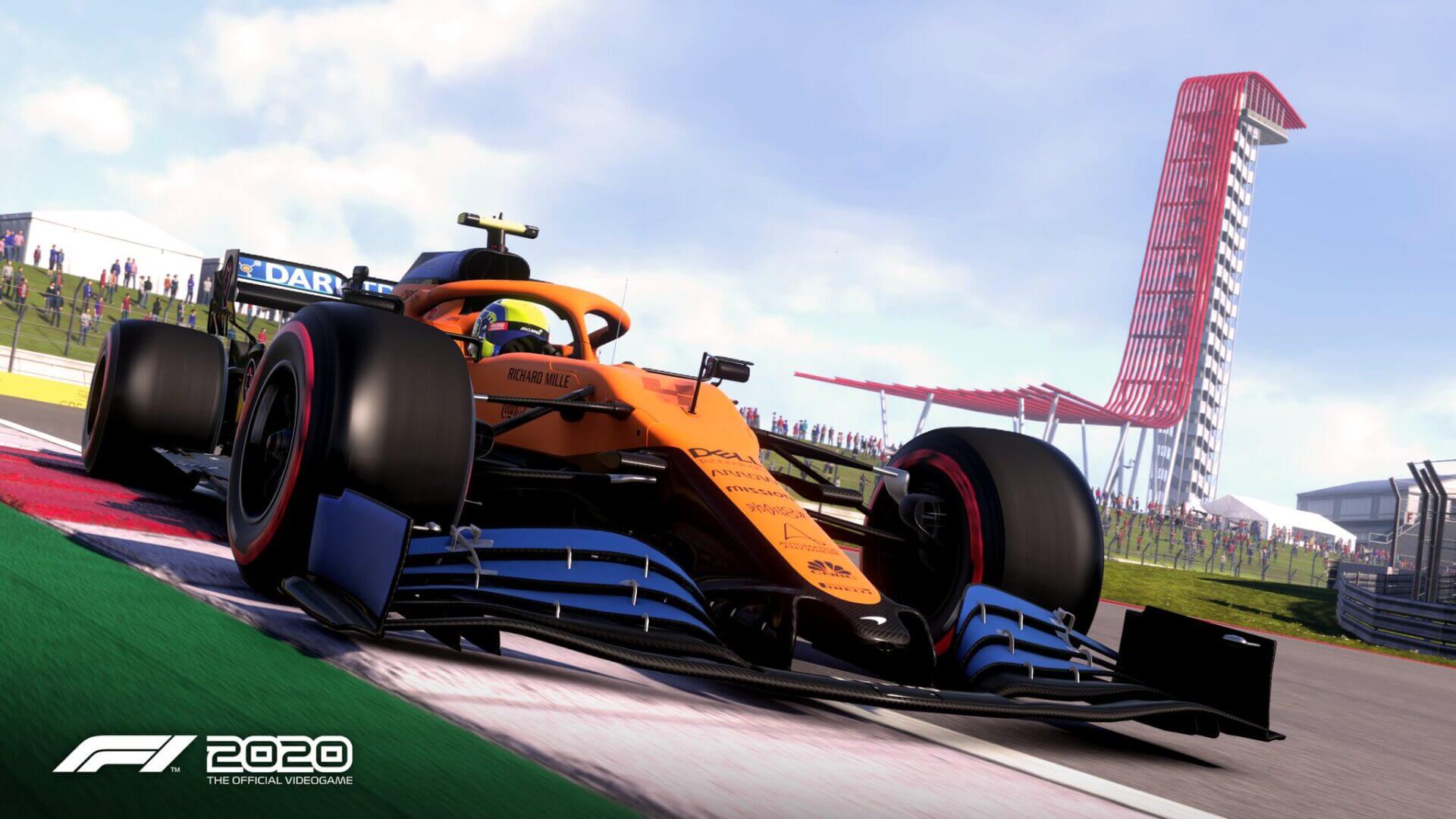 There’s another chance for players to qualify for the 2021 F1 Esports Challenger Series this month, with the second of F1 2020’s official events. Just like October’s event, you’ll be recreating — and hopefully improving upon — some F1 history in your bid to get into the 2021 event.

The event has started already, but you’ll have the whole of November to post your score. All you need to do is head into the game, and navigate to the F1 Esports tab of the main menu. That’s where you’ll find the special qualifying event.

For this month, you’ll be looking to change the fortunes of Lando Norris in the 2019 United States Grand Prix. Norris ended that race in seventh place, just 0.4s behind the Renault of Daniel Ricciardo — his 2021 McLaren team-mate. To get onto the leaderboard you’ll need to repeat this race and at least match Norris’s finishing position.

As with the event in October, it’s not necessarily your finishing time that’s key here. You’ll gain points based on your pace, but also other criteria. The fewer assists you use, and the harder the AI you race against, the more points you’ll accumulate.

When the event closes at the end of the month, the highest ranked drivers on each platform — PS4, Xbox, and PC — will qualify for the Challenger Series. From there it’s a matter of being quick enough to qualify for the 2021 Pro Draft.

In addition to the potential to be on 2021’s grid, there’s prizes for all players who take part. Special in-game customization items — gloves, a helmet, a vehicle livery — await anyone who makes an attempt at the qualifying event.

The event is live now and runs through to the end of November. It won’t be your last chance to qualify for 2021 however, as Codemasters will also be running Weekly Events, with spots in a special, invitation-only Time Trial for Pro Draft qualification at stake.

Andrew Evans · Nov 3, 2020· Comments
There’s a new patch available for F1 2020 today, adding the complete set of cars and drivers from the past season of Formula 2.

Andrew Evans · Nov 3, 2020· Comments
If you weren’t sure whether F1 2020 was for you, now is the ideal time to find out. For PlayStation 4 and Xbox One owners there’s a new free trial version of the game to give you a taste of the action.

Andrew Evans · Nov 3, 2020· Comments
This year’s F1 Esports competition starts in just under two weeks, but if you want to find yourself in the hot seat next year the process begins right now.

Andrew Evans · Nov 3, 2020· Comments
There’s a new update now available for F1 2020, and it brings along an interesting additional offering. It’s a DLC pack that goes by the name of “Keep Fighting Foundation DLC”, and it’s all in aid of charity.

Andrew Evans · Nov 3, 2020· Comments
While there’s been an annual release of an official F1 game every year since 1996, F1 2020 is the 13th such game since Codemasters picked up the official licence.

Andrew Evans · Nov 3, 2020· Comments
In June we announced a new initiative here at GTPlanet: the GTPlanet Guides. The Guides section of the site is resource we’ll be building up over the coming weeks and months, into a comprehensive library of about the biggest topics we cover.

Andrew Evans · Nov 3, 2020· Comments
This year’s real world motorsports calendar has, so far, been rubbish. Right now we should be half way through the 2020 season but, following the last-minute cancellation of the Australian event in March and almost every event since either going in the bin or into a perpetual holding pattern, we’re only one race down.

Andrew Evans · Nov 3, 2020· Comments
With just over a week to go (or less) until F1 2020 arrives, Codemasters has revealed some more information about the variety of features the game will include.