While there’s been an annual release of an official F1 game every year since 1996, F1 2020 is the 13th such game since Codemasters picked up the official licence.

Recreating the 2020 Formula One World Championship, F1 2020 is available in regular, Michael Schumacher Deluxe, and Seventy Edition forms, and is available on PlayStation 4, Xbox One, PC, and — for the first time — Google Stadia platforms.

Codemasters first revealed F1 2020 in April 2020. This was a few weeks into what would have been the 70th season of the Formula One World Championship, but the real world had other ideas.

Like the games that came before it, F1 2020 is an official recreation of the season — at least as planned — of the sport that’s in the name. This means updated cars and tracks appropriate to the 2020 season, including the F2 feeder series.

Despite race after race falling by the wayside, the developer pushed on undeterred, planning, like its predecessor, to get the game on shelves around the middle of the season. In the end, F1 2020 almost beat the real F1 cars to the punch, with racing resuming just a week before the game released.

This means that, ultimately, F1 2020 recreates the official calendar as it would have been rather than as it turned out to be. While real-world viewers won’t get to see circuits like Zandvoort and Hanoi, the game’s players can race on both.

The heart of the F1 game experience is the single-player career mode, and F1 2020 is no exception. You’ll have a ten-year career to get through, with choices of season length from full to ten races, and you can start off in F2 if you wish – again with a choice of season length.

A new addition for F1 2020 is My Team. This is a management mode which allows players to combine driving with being a team boss. You’ll have to sign drivers, develop your car, and keep sponsors happy, all in addition to driving. This is also a ten-year career.

There’s several multiplayer options, including a local splitscreen mode and a LAN mode. Online multiplayer includes a wide variety of race types, with a player’s Super Licence keeping track of their ability and racecraft.

Naturally the official F1 Esports championship will shift from the F1 2019 platform to the F1 2020, and there is a dedicated section within multiplayer for this.

F1 2020 includes a basic but versatile livery editor, which is particularly useful in My Team mode. There’s several preset patterns and a color wheel, plus sponsor logos, to create individual designs. You’ll be able to extend this to your driver avatar’s race suit and helmet too.

However in addition to those ten vehicles, you’ll find a few other things to play with should you fancy a break from these high performance hybrids. The game also ships with the entire 2019 F2 grid — essentially a single chassis/engine combination, but for all ten teams — and a number of classic F1 cars from 1988-2010.

For the My Team game mode and online, players will use a generic, 2019-season “multiplayer” car. This doesn’t belong to any one specific team and, at least in My Team, has no set engine supplier either. After launch, Codemasters will also bring a free update with the 2020 Formula 2 grid, to make for 51 cars in total.

The core of the game is the official 2020 Formula One grid, and the game contains all ten of the teams’ cars. The original livery for Williams is available in the base version of the game, but this is patched to the version that raced in a day one update. Game update 1.06 released on June 28, 2020 changed the Mercedes livery to reflect the team’s new black color scheme.

This car is a generic model not associated with any one manufacturer, team, or engine supplier. It functions as a level playing field for online multiplayer — hence its name — but it’s also the “hero” of the My Team mode. The 2019 car is the basis of your fledgling driver-owner team, which you’ll develop as your career unfolds.

Players can start their F1 career off in the F2 feeder series, and at launch the game includes the full 2019 F2 grid. As F2 is a spec series, this is technically just one car – a Dallara F2 2018 with the Mecachrome V634 Turbo 3.4-litre engine – but all ten teams and 20 main drivers are represented in F1 2020.

F1 2020 also brings classic F1 cars back into the mix. A number of these are part of the Michael Schumacher Deluxe Edition, but there’s a wide selection of successful, famous, and distinctive cars from across over 30 years of Formula One history.

In addition to simulating the full 2020 F1 entry list, F1 2020 has a place for all 22 of the scheduled circuits. The key word there is “scheduled”; while there were plans for 22 races in the original calendar this year, global issues forced a major rethink.

That means that F1 2020 will represent the track list that should have been, not what there will be. While the real calendar has cancelled a number of grands prix, including new events at Zandvoort in the Netherlands and Hanoi in Vietnam, they’re still present in F1 2020 in their original positions.

The flip side of that is that tracks drafted in to replace cancelled events won’t make it into the game. It takes months to create a circuit for a racing game, and there’s simply not enough time for Codemasters to get any of these alternate circuits into the title.

Along with the 22 circuits there’s four additional short layouts, which we’ve labelled with an asterisk below.

There’s 50 Achievements for Xbox players and 51 Trophies for PlayStation gamers available in F1 2020, with that extra one of course being the standard “Platinum” for winning all of the other 50.

These cover the whole range of game modes available, with some for milestones in Career and My Team modes — and you will need to head into online to grab them all. The full list is as follows.

Forza Horizon 5 is the fifth title in the Forza Motorsport-spinoff, open-world Horizon series. 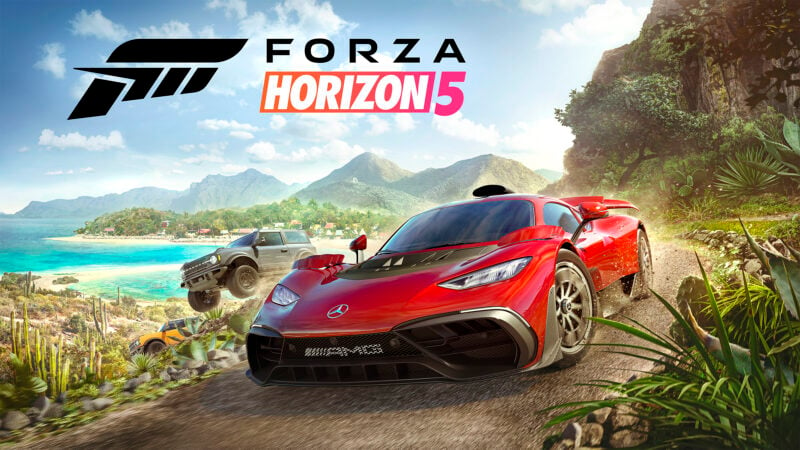 There’s a new patch available for F1 2020 today, adding the complete set of cars and drivers from the past season of Formula 2... 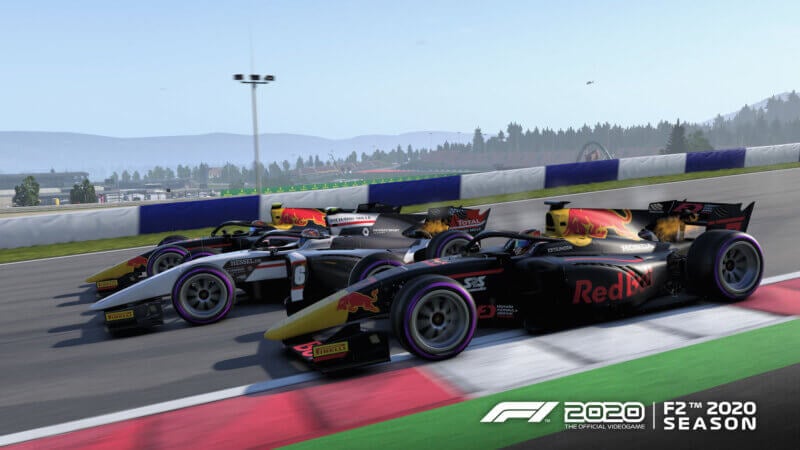 If you weren’t sure whether F1 2020 was for you, now is the ideal time to find out. For PlayStation 4 and Xbox One owners there’s a new free trial version of the game to give you a taste of the action... 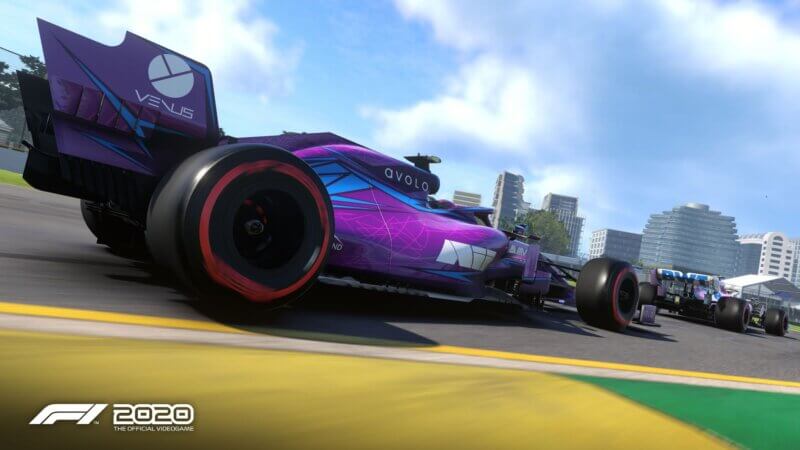 Forza Horizon 4 is the fourth title in the Forza Motorsport-spinoff Horizon series. Developed by UK studio, Playground Games, the Horizon games take inspiration from the Motorsport series but place the player into a large open-world map, driving from race to race and engaging in other challenges... 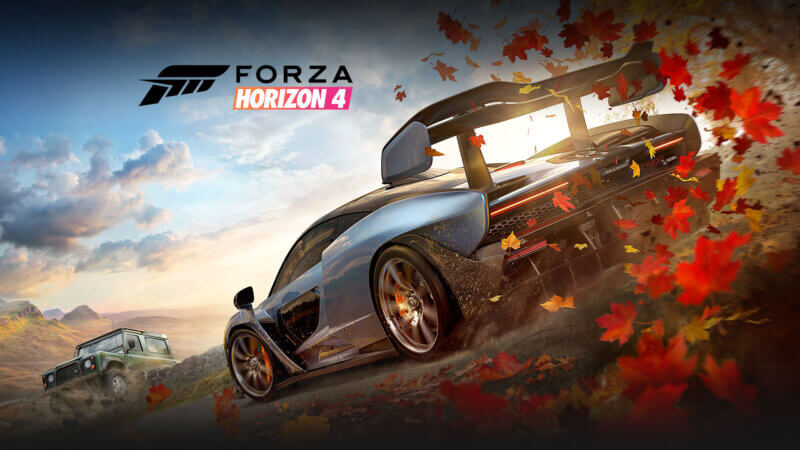 There’s another chance for players to qualify for the 2021 F1 Esports Challenger Series this month, with the second of F1 2020’s official events. Just like October’s event, you’ll be recreating — and hopefully improving upon — some F1 history in your bid to get into the 2021 event... 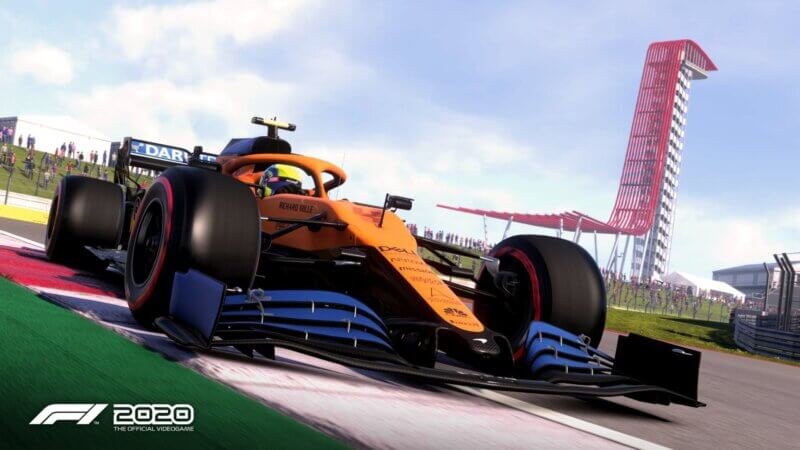