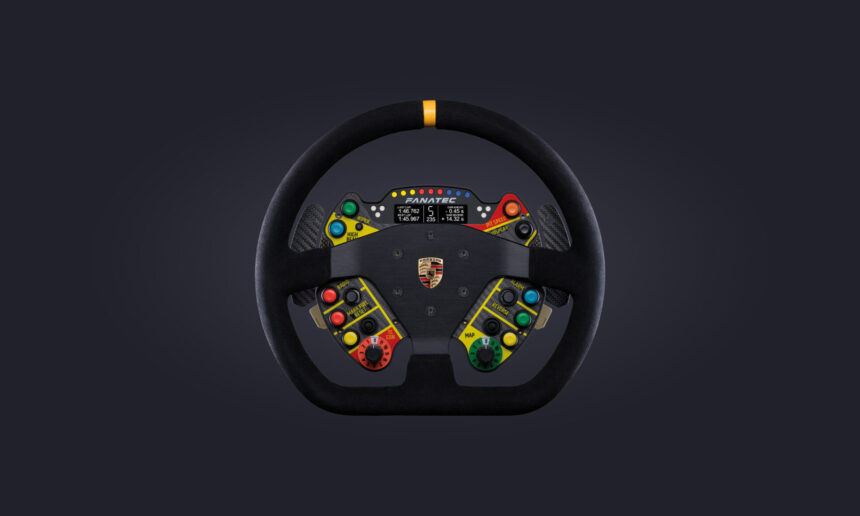 As the name implies, it’s a full-scale replica of the actual steering wheel found in the real 911 GT3 R, built to “automotive-grade quality” from brushed aluminium and leather using CAD data supplied directly by Porsche.

The wheel is compatible with both the Podium Series and Clubsport wheel bases (with the latter being $100 cheaper), so it can be used with the PlayStation 4, Xbox One, and PC. It will be released on December 16, 2020 and you can check regional pricing on Fanatec’s website. The full kit includes:

If you’ve already got a compatible Fanatec wheel, you can purchase the button module separately. Again, check the product listing on your local Fanatec website for pricing; like the wheel, it will also be available on December 16. As always, using the affiliate links above helps support GTPlanet — thanks for your support!

FanatecFanatec Podium SeriesSteering Wheels
46 Comments Discuss this post in our forums...
Can You Beat the Impossible Gran Turismo Quiz?

Gran Turismo Sport 218 Feb 23 by Michael Leary
Last month, GT Sport players went without any new content. While Updates 1.54 and 1.55 made way in January, both focused on bug fixes and system tweaks. The last major update…

Gran Turismo Sport 1807 Feb 17 by Andrew Evans
GT Sport‘s first World Tour event of the year is still fresh in our minds, but already it’s time to prepare for the next stage. The Pre-Season for 2020 FIA…