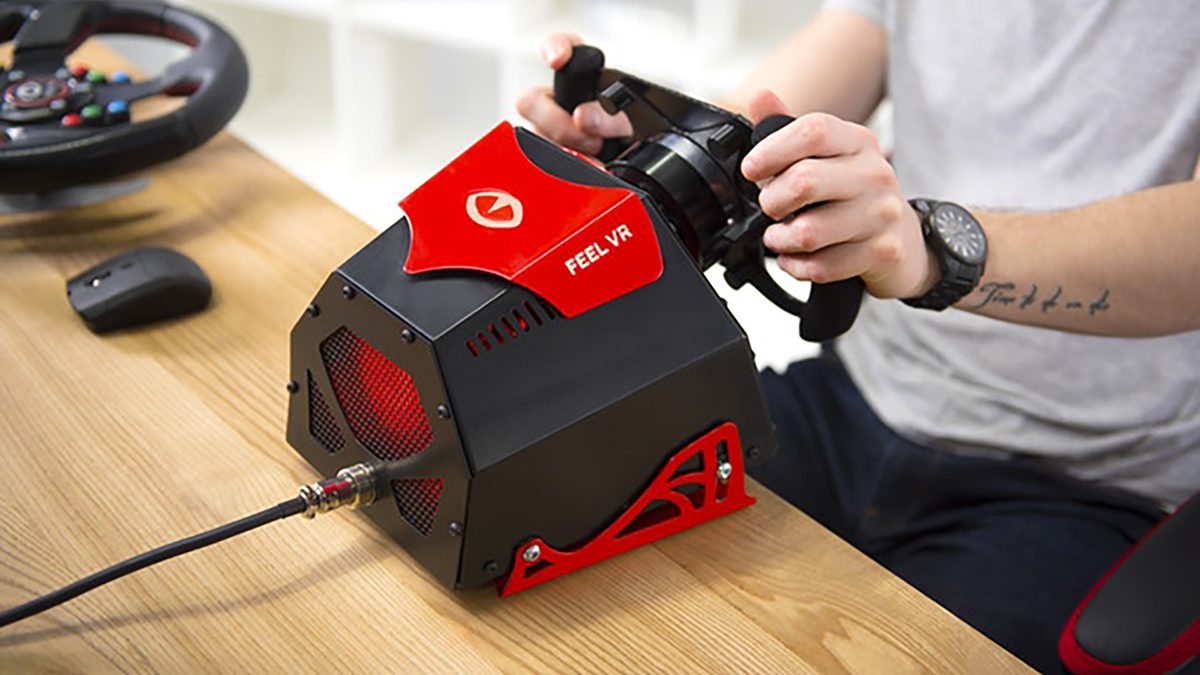 Direct drive wheels aren’t cheap. This is an accepted sim racing truth, like death, taxes, and lag bumps ruining your final lap. But one company is aiming to change that, and it’s taken one important step towards making that goal a reality.

After two years of prototyping, Feel VR’s first direct drive wheel is ready for production. The team opened a Kickstarter program for the project, and the response has been hugely positive. At the time of writing — barely 24 hours in — Feel VR has raised over $228,000 against a $60,000 goal. And there’s still 44 days to go!

Direct drive tech is becoming more and more widespread in the sim racing world. It’s easy to understand why: it offers plenty of benefits, including more realistic feedback, increased precision, and serious levels of torque. For comparison purposes, the Thrustmaster T500RS clocks in at 4Nm of force. The Feel VR wheel triples that.

Other standout features of the Feel VR system include unlimited rotation (most wheels on the market stop at around 1080 degrees), a 1000Hz USB data rate, and 16-bit rotation accuracy (32,000 counts per turn). It also features an all-metal design for increased sturdiness.

The Feel VR team has also worked on a set of matching pedals. The three-pedal set is all-metal too, and fully adjustable. Drivers can adjust the start and end angles for the pedals, as well as their resistance. The brake is a load cell design, meaning pressure (not travel) is the deciding factor in stopping.

If you’re interested in the Feel VR products, you’ll want to act fast. The Early Bird deals for the wheel, pedal, and bundle expire in less than a day. Get in under the wire and you’ll snag the pedals for $149, the wheel for $399, and the full bundle for $549. From tomorrow until the Kickstarter deadline on May 25, interested parties will need to add $50 to those numbers.

Wondering about compatibility? Feel VR will work with most PC titles out of the box. In addition, the team is promising native console support for PS4 and Xbox One within a year of the November 2018 shipping date. It’s also been working with the DriveHub crew behind the scenes to ensure console players at least have access to that by November.

Feel VR’s direct drive wheel won’t only undercut other DD wheels on the market. Pricing it out at the expected retail value ($669 for the wheel, $899 including pedals and additional rim), it’ll actually go up against mid-tier items like the Fanatec CSW or Thrustmaster T-GT.

Congrats to the Feel VR team for blowing past the goal so quickly. We’ll be keeping an eye on the project as it develops.

Thanks to super_gt for the tip!

173 Comments
Click here to see the related discussion our forums...