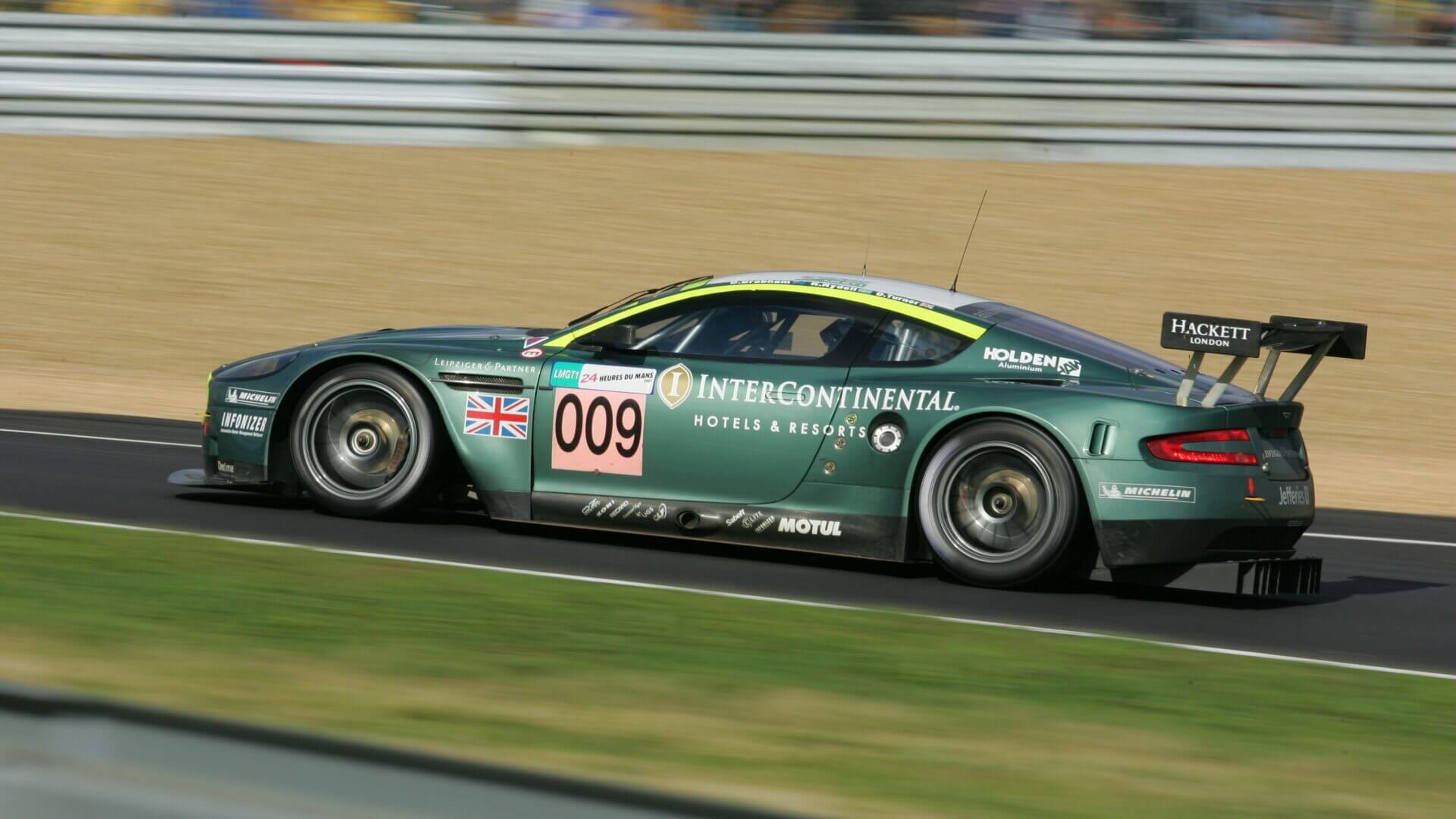 This article was published by Andrew Evans (@Famine) on February 15th, 2020 in the Gran Turismo Sport category. 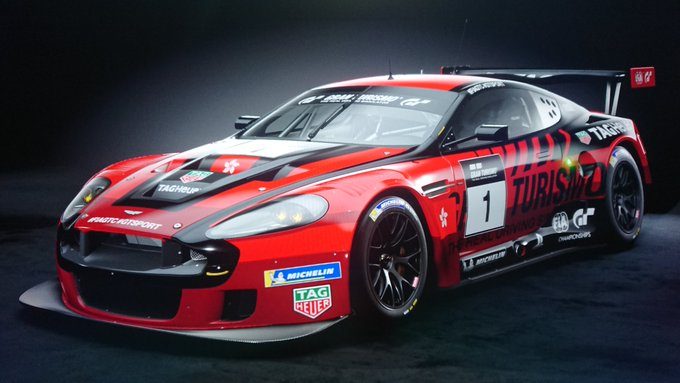 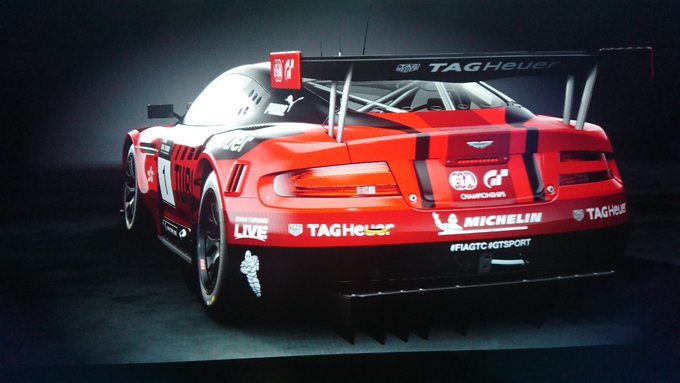 No it's bad, but would stay best with Aston Martin Superllegera.
Other car more modern for game.

lol watch Polyphony shove this into Gr. 3 and further prove they know **** all about class balancing.

Great addition! But that's the only new car?

This is good for players that want to do Le Mans race classes. The Viper, C7 GR.3, RSR, DBR9 can be used properly with the LMP cars. The F1 GT-R could be a nostalgic "bonus" car.

Tetraturbo
Great addition! But that's the only new car?
Click to expand...

For this event yes

Exactly. Who knows how many cars we'd get, if there is an update this month or anytime soon?

I welcome this AM.

I can already see the complaints about it being overpowered

I assume this will go in Group 3?

To be honest, today’s Gr. 3/GT3/GTE cars are quite similar in overall pace (relatively) to these GT1 machines from the earlier 2000s.

This car will likely have a bit more power and a bit less grip than its GT3 modern equivalent, but I honestly think it’ll be a good fit in Group 3 with BOP

I would rather the above list be fixed before worrying about this car; I don’t think it’ll be too out of place

TS050
I can already see the complaints about it being overpowered
Click to expand...

Well we got the McLaren F1 and nobody complain about that 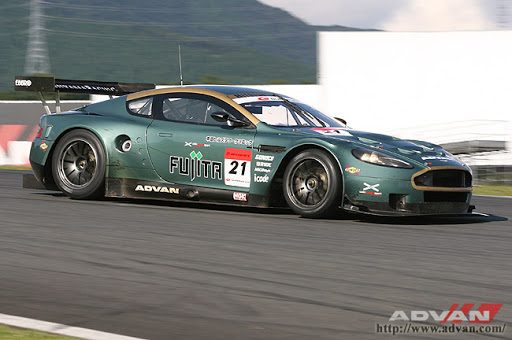 Gr.3 from what I know

A new race car, and not a dreary road car that i'll never use.

05XR8
Exactly. Who knows how many cars we'd get, if there is an update this month or anytime soon?

Well the Mazda is supposed to be out before the FIA season so I assume it'll be in the next update unless we get two updates before mid-March. Lots of content coming?

It was the same situation with the F1 GTR but they put it on Gr3, so I can see the DBR9 as a Gr3 too

I mean you can scale a lot of cars by messing with bhp and weight. Its a bit harder when old cars have worse aero and so are given more bhp which leads to them being faster on straights by some margin.

One can dream about more categories or a Gr2 with DTM, SuperGT, etc with Manufacturer Series races now including Gr2-4

This is awesome and will be well received I'm sure, personally however;

I feel it would have been well received that much more from GT4-GT6 (During an era where it presence was so needed, and maybe even more relevant

It's a classic to be sure, some DBR9 GT1's were even restricted to race in the then new GT3 classes too. So speculatively, I can see this becoming a GR.3 car when it arrives.

I might consider buying it in game as a door prize of sorts, to drive it for noncompetitive reasons, experience it's interior and what differences there are in engine note from the Vantage V12 GT3 if there truly are any.(idk I feel as though the pitch is different IRL) Then again it could just be a copy and paste job in game.

Of course I'm glad it's coming but, other than being nothing short of a nice surprise, was never really anticipating that the DBR9 would take priority and make an appearance in game before the current V8 vantage GT3. 👍

I should know by now how PD rolls tbqh.

All in all, it's in the franchise now, and better for it. Lets hope it can continue to make appearances in future GT iterations and perhaps properly categorised or an interchange between 2000's ACO GT1 and GT3 specs can be made.

Excuse me whaaaaaaaaat? Can't complain about this addition. It will fit in Group 3 no problem, if you just add some ballast and reduce the power.
S

While the DBR9 was designed to be used by large teams participating in international motorsport, specifically in the FIA GT Championship and GT1 class at the 24 Hours of Le Mans, the DBRS9 was intended to be raced by teams in lower level GT racing, mainly the FIA GT3 class and some national and international GT series such as the British GT Championship.

That would be cool, but then so did the mclaren F1 GTR and we all know what happend to that. Anyway GT500 cars were no where near as fast as they are now in both examples. Now virtually LMP2 cars with GT shells/over them. As much in common with their road production counterparts as a Toyota camry has with it's Nascar counterpart.

TS050
This but unironically

Yeah I would like modern race cars as well. But you know how Gran Turismo works: PD won't add cars you expect

R1600Turbo
Well the Mazda is supposed to be out before the FIA season so I assume it'll be in the next update unless we get two updates before mid-March. Lots of content coming?
Click to expand...

Other than the Super GT cars, I can't recall(still haven't looked it up) if we've gotten a group of Gr.3/GR.4 cars in one update.

It was completely uncompetitive in GT500 even without ballast, and the Class it occupied back then is slower then current GT3.

Meh, it's not gonna be any worse than the F1 GTR in Gr.3. I predict it will be a slightly faster Vantage with slightly worse handling. Besides that, it's a significant racecar with an illustrious history so I'm glad to have it in the game even if it ends up in Gr.X.

EDIT: Just watched the stream and sound is disappointing 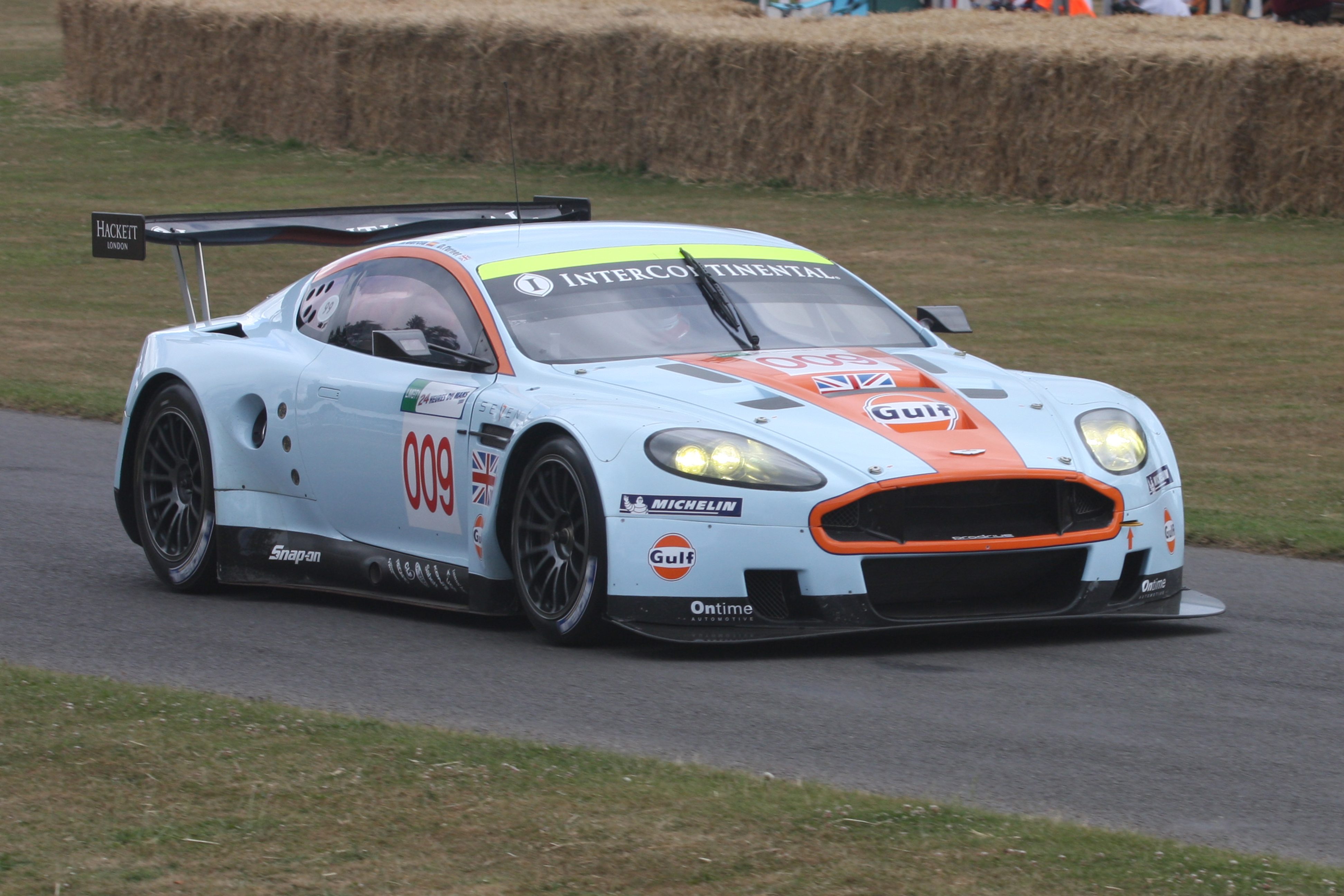 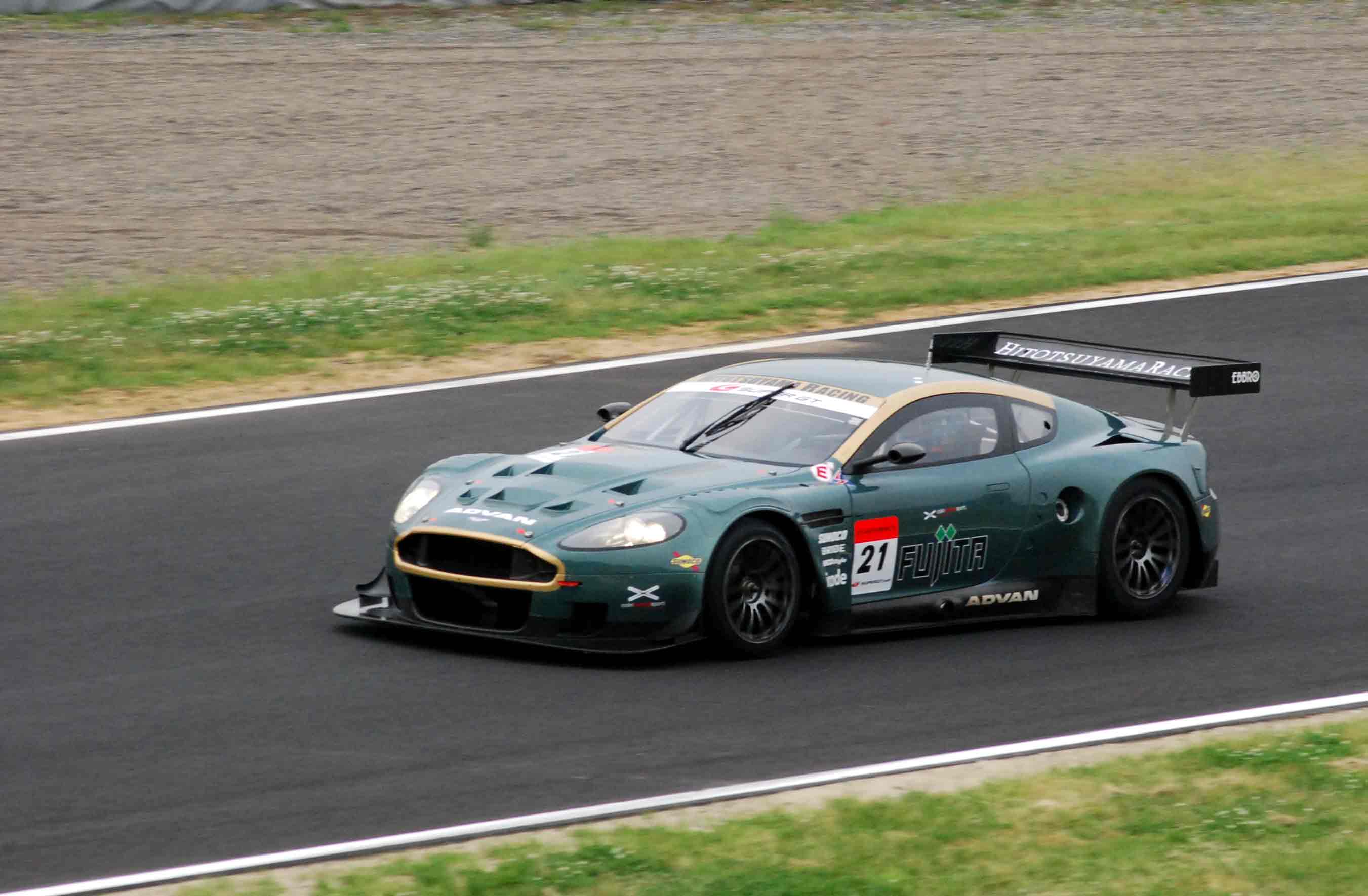 2010 FIA GT1 cars had the "clean" front but not the tall curved rear wing, but rather a lower, flatter version with a swan neck support structure. 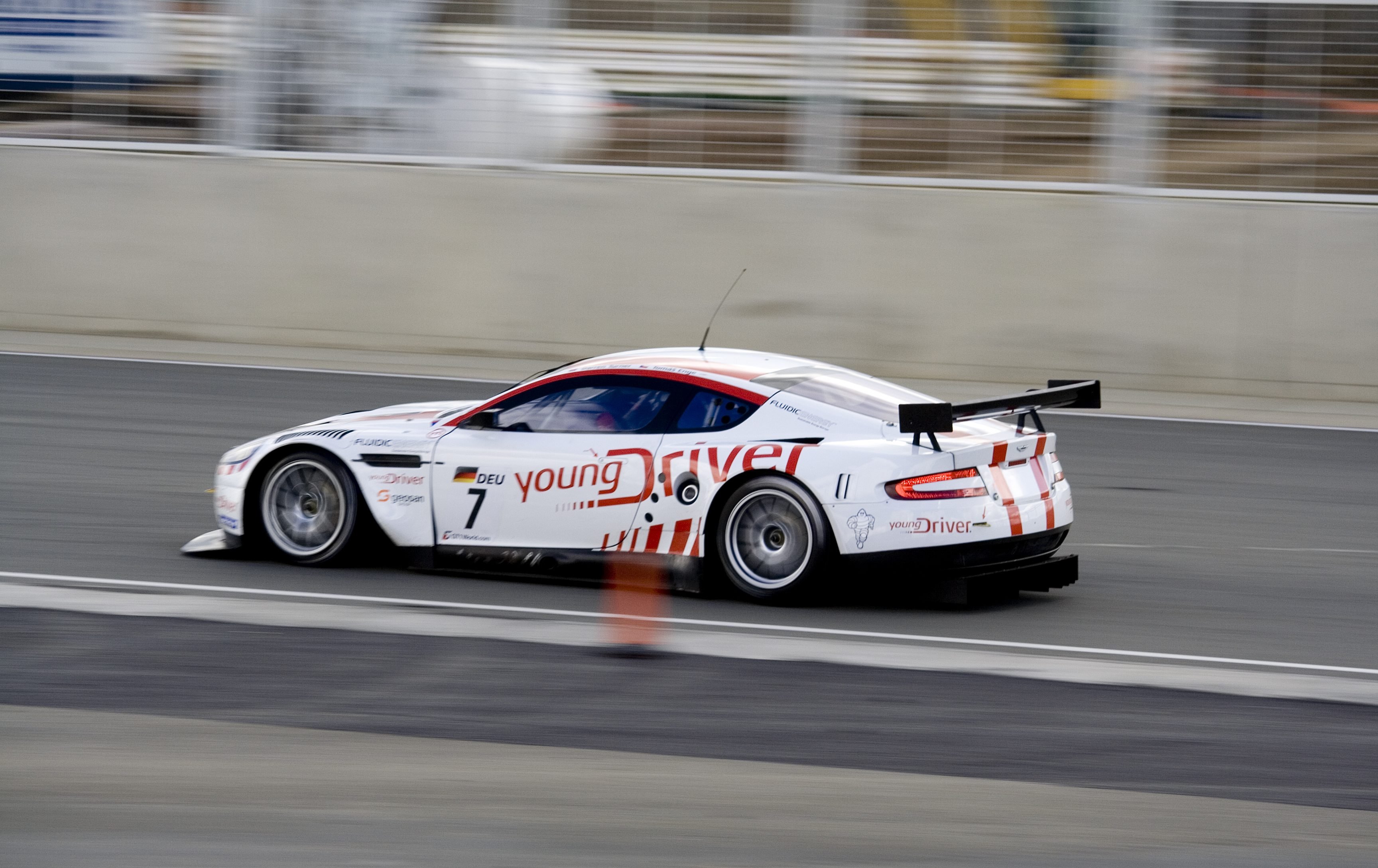