Nobody in Russia own a fire extinguisher? (I think commentator was asking where the fire response was too).

This video has Brian Tyler's official seal of approval.

It's all going off in karting! As I understand it the attacking driver is the son of the track owner, but I'm not entirely sure.

WTF. Never mind a ban, that is surely a criminal action in both videos.

TenEightyOne
As I understand it the attacking driver is the son of the track owner, but I'm not entirely sure.
Click to expand...

This was the FIA World Karting Championship KZ final at Lonato. Paolo Ippolito (#22) and Luca Corberi (#61) came together in a collision that actually saw Ippolito disqualified from the race, but Corberi chucked his front wing at him during the race and attacked him in the pits afterwards. I've been told that the second chap you see attacking Ippolito after Corberi is Corberi's father, Marco, who does indeed own the track (South Garda Karting).

Here, have the full race:


The collision isn't caught on camera, so I've no idea what actually happened. It all kicks off on lap 10.
Last edited: Oct 4, 2020

This is up there in unsportsmanship with the Moto2 rider a few years back that pulled the brakes on his opponent's bike...

I hear the attacker is 23, the other guy looks like a kid! Just wtf.

The whole of the last race is a cracker (starts 5:27:20 ish for anyone interested). Greasy track, fast karts, what's not to love?

Famine
I've been told that the second chap you see attacking Ippolito after Corberi is Corberi's father,
Click to expand...

The apple obviously didn't fall very far from the tree then.

Hope some sort of criminal action is taken against both.

The FIA and ACI are deeply concerned by the disturbing events that occurred yesterday during the FIA Karting KZ World Championship in Lonato, Italy involving drivers, team members and track officials. The FIA has launched an immediate investigation in to the incidents.
Click to expand...

What an idiot. I hope the FIA will use this incident as an example to show future junior racers that they won't tolerate such a behavior one bit.

Well in a surprising turn of events, the guy has announced he will retire, irrespective of whatever punishment he gets.

I'd like to apologize to the motorsport community for what I've done. There are no excuses to explain why I've done such a disgraceful act, this has been something I've never done in my 15 years of career, and I really hope it won't be seen by anybody else in the future.

After the race, once i've been called by the sporting judges, I've asked them to take my licence away because I was fully conscious about my irreparable mistakes, but as they showed me, they don't have the power for doing it, it's written in the international rules, so please, don't be against them, they were just doing their work in the best way they could. For this reason I've decided to don't take part to any other motorsport competition for the rest of my life, that's not a self justice, it's simply the right thing to do. My family has been in karting since 1985, we've seen it grow, we've seen the best and the worst part of it. This episode will be remember as one of the worst in our sport and that's something I'll never forget.

I'm not asking any indulgence, because I don't deserve it. I will totally agree with the punishments required.

I'm writing today to say sorry even if it's not enough, because after all the bad things that happened during this event, the worst ever has been done by me, a guy who love this sport and after the worst day of his life will still remember his good racing memories. Thank you"
Click to expand...

While it seems he has handed himself a just punishment, it may well be in the guise of trying not to get his dad's track banished from the rotation. Sounds like Felipe Massa (karting federation president) was gearing to throw the book at him anyway

I mean, he was never going to have a successful career anyway, he was still in karts at 23 and doing pretty badly. But still, it's absolutely right he goes nowhere near a race track again.

He should get done for assault, never mind a racing ban.

Samus
Well in a surprising turn of events, the guy has announced he will retire, irrespective of whatever punishment he gets.
Click to expand...

Samus
I mean, he was never going to have a successful career anyway, he was still in karts at 23 and doing pretty badly. But still, it's absolutely right he goes nowhere near a race track again.
Click to expand...

The guy who won was 33 - but Corberi isn't a full-time racer anyway. He retired three or four years ago, and only shows up in kart events at South Garda for a laugh (and because daddy owns the track). In fact that's the exact reason he was even in the races this weekend.

It's the emptiest of empty gestures. If I retired from professional motorsport it'd be more meaningful.

Saw this on Reddit, Nascar Trucks mechanic gets hit by another truck during stop, still completes wheel change. I can't find a none-Reddit source for the video - I'll edit this post when I do.

Right 4 into gravel into grass, over crest maybe

Fair warning there's a lot of beeping swear words because Kimi, but this is delightful.

Big crash in Supertrofeo at Spa, incredibly no injuries.

Mods, my sincere apologies - as I posted this I saw that there is no update on the condition of one driver.
Last edited: Oct 24, 2020

TenEightyOne
Big crash in Supertrofeo at Spa, incredibly no injuries.

Mods, my sincere apologies - as I posted this I saw that there is no update on the condition of one driver.
Click to expand...

As a sign of reassurance on the condition, Guzman was listed with the only injury being a broken leg and Gilardoni & Cecotto are ok.
https://www.autosport.com/gt/news/153023/spa-24-hours-delayed-after-lamborghini-crash/ 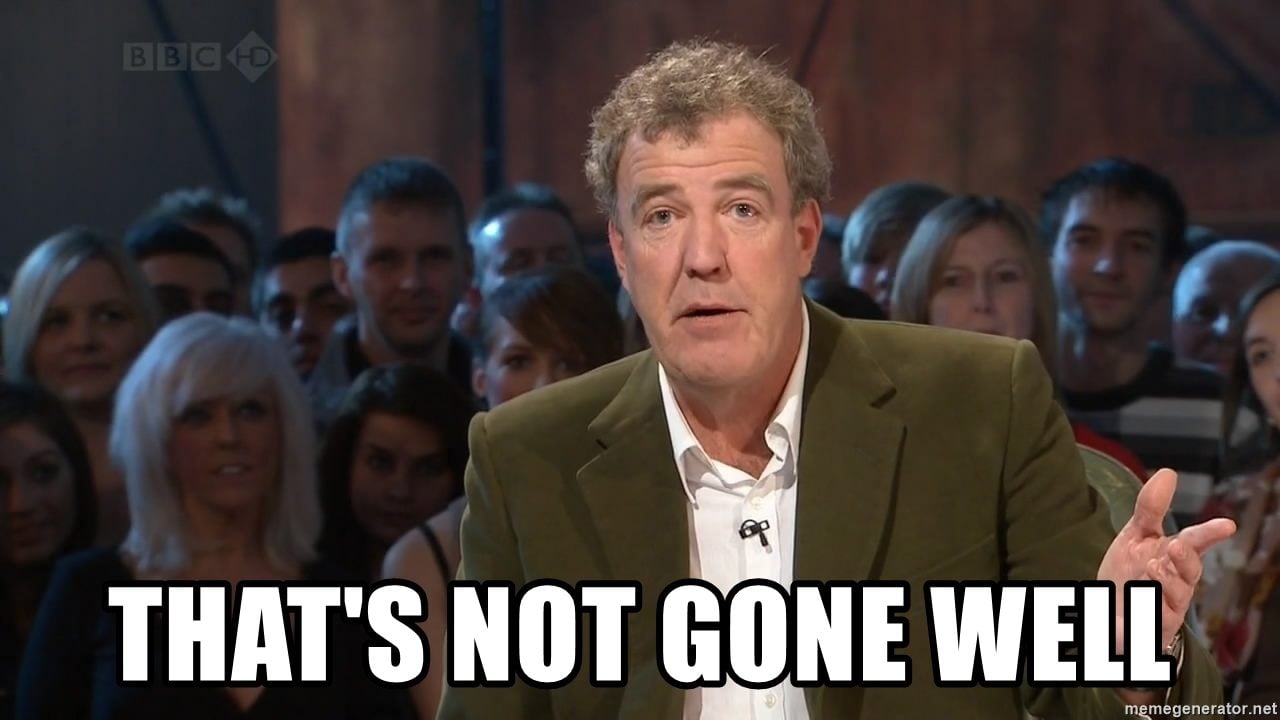 Roborace has promised a lot but so far delivered very little.

Can I be a RoboRace driver? I'm sure I can at least avoid doing that.

Mini gets on track during a Mercedes race at Interlagos

I guess noone shut the Raikkonen gate.

Huge accident in the Alpine Elf Europa Cup today, luckily everyone is okay

Samus
Roborace has promised a lot but so far delivered very little.
Click to expand...

To be fair. For the people who watch motorsport for the crashes, it looks like it's going to deliver quite a lot.

Aron Canet lucky to get away unharmed during Moto2

PaMu1337
Aron Canet lucky to get away unharmed during Moto2

The Year in Motorsports 2018

The Year in Motorsports 2015